[In 2011, Dr. Joseph Mercola chronicled the amazing cancer therapy discovery and resulting persecution of Dr. Burzynski as seen in Burzynski, The Movie. A follow-up story by Dr. Mercola was published in July, 2013, as a result of a follow-up movie, Burzynski: Cancer is Serious Business. Excerpts from the articles are below for your convenience. – Holly Tucker, Editor]

Burzynski, the Movie is the story of a medical doctor and Ph.D biochemist named Dr. Stanislaw Burzynski who won the largest, and possibly the most convoluted and intriguing legal battle against the Food and Drug Administration in American history.In the 1970s, Dr. Burzynski made a remarkable discovery that threatened to change the face of cancer treatment forever. His non-toxic, gene-targeted cancer medicine could have helped save millions of lives over the last two decades had his discovery not been criminally suppressed by the US government, as his therapy, called “antineoplastons,” have been shown to effectively help cure some of the most “incurable” forms of terminal cancer.

This documentary takes you through the treacherous 14-year journey Dr. Burzynski and his patients have had to endure in order to finally obtain FDA-approved clinical trials of antineoplastons.

His story is yet another testament that fact can be far stranger than fiction, as the film exposes the powerful, unscrupulous forces that work to maintain the status quo of the medical and pharmaceutical industry at any cost-including the lives of millions of people.

In recent years, the focus for cancer therapy has increasingly shifted toward individualized gene-targeted cancer treatment, such as that provided by Dr. Burzynski for the past decade. So it’s no wonder, really, that the industry has tried so hard to get rid of him, in order to protect their own profits and access to research funds. Burzynski—Cancer is Serious Business, picks up where the first movie left off, detailing Dr. Burzynski’s continued struggles and victories, and explores the current status of Antineoplastons’ clinical testing, now sanctioned by the FDA. It also follows the progress of several of his patients. As described in the film’s synopsis:1

“For most patients undergoing Burzynski’s treatment, their advanced cancer itself runs secondary to the constant barrage of skepticism coming not only from their local oncologists, but also from friends and family who feel their loved ones are making suspect treatment decisions—even though mainstream oncology has already left many for dead.

As the story unfolds, you will observe a real-time change of hearts and minds from many of these doctors and families. Unlike the first documentary, Part II showcases interviews with board-certified oncologists, surgeons and neurosurgeons, who witnessed patients leave their care, soon to return in great health after opting for the Burzynski Clinic.” 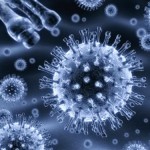 Incredibly, in August of last year, America’s National Cancer Institute (NCI) finally acknowledged and cited some of Burzynski’s peer-reviewed Antineoplaston studies, as well as findings by Japanese researchers who have been independently reproducing Antineoplaston clinical trial studies since the 1980’s, without any involvement by Dr. Burzynski. One of the most remarkable admissions by The National Cancer Institute is the following: 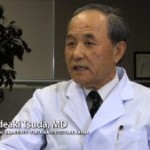 the history of medicine—Antineoplastons hold the first cures ever! In the featured film, you will also learn how a Japanese team, consisting of pathologists, oncologists and surgeons, has conducted the first-ever independently-run randomized controlled human clinical trials on Antineoplastons, and the results thereof. According to Dr. Hideaki Tsuda, MD with the Kurume Medical University in Japan:

The Story Everyone Needs to Know

Dr. Burzynski has developed a cancer treatment that surpasses all other treatments on the market today, and the FDA and the pharmaceutical industry knows it. They also know his treatment threatens the entire paradigm of the cancer industry, which is based on expensive treatments with a high rate of failure and retreatment.

For the past 15 years, they’ve harassed him, tried to take away his medical license, and even tried to put him in prison for life—all in order to protect the status quo. Adding insult to injury, you and I have been paying for the brutal opposition to Dr. Burzynski’s cancer treatment this whole time. The US government spent $60 million on legal fees for just one of his trials alone.