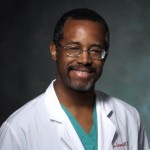 This summer, Ben Carson is retiring from his position as director of pediatric neurosurgery at Johns Hopkins University. He talked a few years back with David Gergen about his book, “The Big Picture: Getting Perspective on What’s Really Important in Life.”

DAVID GERGEN: Let’s begin by letting me tell the audience a bit more about you and your life.

DAVID GERGEN: You were born in inner city Detroit. When you were young, your dad left, and your mom, who had less than a third-grade education…

DAVID GERGEN: …worked as a domestic, raising you and your brother. At the age of ten, your classmates and your teachers all thought you were a dummy.

DR. BEN CARSON: That was my nickname.

DAVID GERGEN: That was your nickname. And at the age of 33 you were appointed head of brain surgery for children at Johns Hopkins University, one of the finest hospitals in the country.

DAVID GERGEN: And now, at the age of 48, you’ve achieved world prominence as a surgeon, as a brain surgeon separating out Siamese twins. This summer you took a half of a brain out of a 15-year-old girl who was having seizures, and she’s living and talking. 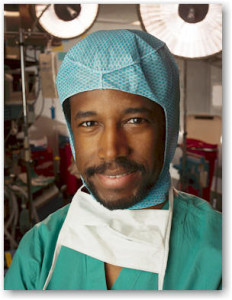 DAVID GERGEN: So that’s…is that a fair summary of your life so far?

DR. BEN CARSON: Well, that’s a nice thumbnail — obviously a lot more involved — but, you know, I have a philosophy, and it’s really incorporated in my latest book, “The Big Picture,” and that basic philosophy encompasses the fact that it’s not where you start from, it’s where you’re going that makes a difference. And that is sometimes very difficult for people to understand, you know.

We live in a country that used to have a can-do attitude, and now we have a what-can-you-do-for-me? Attitude, and what I try to do is find ways that we can develop common ground.

One of the problems, if you look back over societies in the past who’ve achieved a pinnacle, just like we are at the pinnacle now– ancient Egypt, ancient Greece, ancient Rome; all the envy of the world, just like we are– they all did the same thing: They became enamored of lifestyles of the rich and famous, sort of lost their moral compass, and forgot about the things that made hem into great nations, and deteriorated.

And some people think that that’s not a possibility with us and that we’re always going to be on top, but if you stop and you look at some of the statistics– for instance, how our young people do vis-à-vis the other young people in industrialized nations, with these multinational surveys and studies– you find out that we are languishing near the bottom, particularly in the technical and scientific areas. That’s a situation that cannot be allowed to persist if we’re going to maintain our position in the world and have a quality existence for the next generations.

DAVID GERGEN: You write in your book that you’re asked to speak all over the country, especially to young people. What message do you give them eye to eye?

DR. BEN CARSON: Basically, the information I give them stems from not only my life experiences but from the fact that I’m a neurosurgeon, and, of course, I spend a great deal of time looking at people’s brains and working on people’s brains, and as a person who deals in the neural sciences, I’ve come to have great respect for the brain and its capabilities.

You know, the brain can process two million bits of information per second. It remembers everything you’ve ever seen, everything you’ve ever heard, and with brains like these, we really shouldn’t be wandering around talking about what we can’t do; we should be trying to create an atmosphere that helps our young people to realize that, whatever they can imagine, they can achieve.

And that’s my basic message, and I use lots of examples from life to help people to understand that. One of the things I want people to understand, for instance, is hardship. It’s something that comes to everybody in some form because we live in this world, and there are going to be problems.

Even if you’re Bill Gates, you’ve got problems. I’m sure he would probably easily give a few billion dollars to get rid of all the problems that he has. So it’s not necessarily materials that make for a successful life.

The thing that I think makes for a successful life is learning how to navigate through those problems, using the appropriate amount of perspective, and making yourself valuable, not only to yourself, but to the people around you. I think that’s what true success is all about, and that’s my message.

DAVID GERGEN: Right. Well, you wrote a chapter about hardship actually can be an advantage, but that the way to get to that appreciation, to recognize that, is to get over a victim’s mentality.

DR. BEN CARSON: Right. And I think that was perhaps the best thing that my mother passed on to my brother and myself. You know, she was one of twenty-four children, got married at age 13, and they left Tennessee, went off to Detroit.

My father was a factory worker there. She discovered that he was a bigamist – had another family. Of course, that was a horrible shock. Anyway, their marriage rapidly deteriorated after that, and we ended up living in Boston with her older sister and brother-in-law, a typical tenement – rats, roaches, gangs, sirens, murders.

I can remember as a child seeing people lying in the street with bullet holes in them dying. But, you know, throughout all of that, I’ll tell you that one thing about my mother is that she never considered herself a victim. She worked two, three jobs at a time as a domestic, and it was great that she never felt sorry for herself. The problem was she never felt sorry for me and my brother either. (Laughter)

So, you know, no matter what excuse we came up with, it was never good enough. 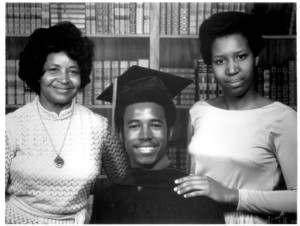 She would always say, “Do you have a brain?” And if the answer was yes, then it doesn’t really matter what John or Sally or anybody else did, you know, you had a mechanism for thinking your way out of that, and she would always quote a poem called “Yourself to Blame.” We could always count on hearing that if we came up with an excuse. So after a while, if people won’t accept your excuses, you stop looking for them.

And so when people develop the victim’s mentality, they begin to see themselves as oppressed, as somebody having their foot on your neck. And this is not to say that oppression does not occur. It does, and I quote many examples in my book of things that happened to me– I mean, things that some people would just be abhorred, and say, “how could… Oh, my gosh, this is horrible, this is America and this is happening?”

But here’s the key: The key was, I don’t let those things bother me, you know — you know, if it comes to something like racism, for instance, my mother used to always say, “If you walk into an auditorium full of racist, bigoted people,” she said, “you don’t have a problem. They have a problem.

Because when you walk in, they’re going to cringe and wonder if you’re going to sit next to them, whereas you can go sit anywhere you want. So let them worry about it if they want to. You don’t have to do that.” And, you know, that’s the whole concept in terms of the victim’s mentality. You either accept it and become a victim, or you deny it and become a victor.

DR. BEN CARSON: The key thing in those two years is my mother prayed to God and asked for wisdom and came up with the idea of turning off the TV. Should I say this on a TV show? (Laughter) we were allowed to watch only two or three television programs during the week, and with all that spare time, we had to read two books apiece from the Detroit Public Library.

DR. BEN CARSON: That’s what she required, and submit to her written book reports, which she couldn’t read, but we didn’t know that. So she had pulled a fast one on us, but after a while, something happened. I began to actually enjoy reading the books.

Because we were desperately poor, never had enough money to do anything, but between the covers of those pages, I could go anywhere in the world, be anybody, do anything.

You know, my imagination began to run wild. I began reading about research chemists, and I could see myself in a laboratory, pouring things from test tubes, the beakers and seeing the foam rising.

And I became excited and began to visualize myself in intellectual capacities, and, you know, within the space of a year and a half, I went from the bottom of the class to the top of the class.

So it says a whole lot about expectations, and this is one of the critical areas in our society right now.

DR. BEN CARSON: Thank you very much for having me. 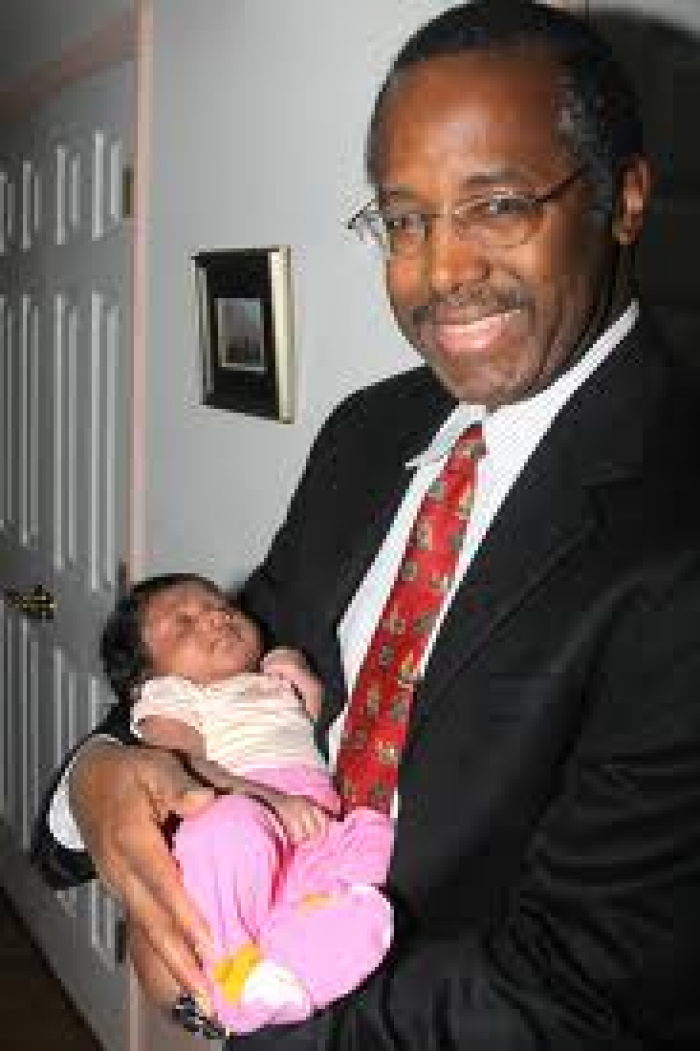