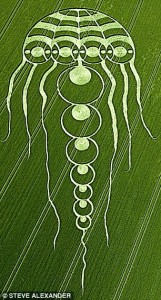 THE PHENOMENON OF CROP FORMATIONS

Most people think crop circles are a relatively new phenomenon, however, there is some evidence that unexplained circle formations have been appearing off-and-on for hundreds of years. As early as 1686, there was a British account of geometric areas of flattened plants described in A Natural History of Staffordshire publication. 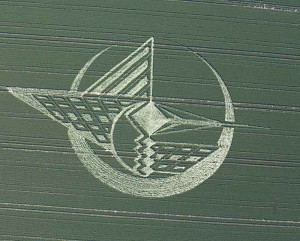 Certainly modern crop circle images are far more complex than those early impressions. In fact the images are no longer called crop “circles,” but rather crop “formations” given so many consist of non-circular designs. In early July, two new stunning crop formations were observed in the fields of England. One of them, a detailed and complex image of what appears to be a ship.

Scholars of mystery liken many of the formation shapes to Celtic, Mayan, Inca, astrological and astronomical symbols, while others find pure examples of intricate medical, musical, engineering, biological and even extraterrestrial forms. Many of the formations, especially the more complex, demonstrate geometrical exactitude that only a few advanced scholars of this field have been able to recognize and demonstrate. Over the last three decades, the shapes progressed from five-, six- and seven-fold geometry to thirteen-fold and beyond, utilizing advanced post-graduate university mathematics. Many are obviously representations of astronomical and planetary events.

Many are familiar with the concept of crop formations, but what do we really know about them? If we listen to what governments and authorities convey in mainstream media, any crop formation is considered a hoax. However, a number of scientists who have explored the detailed characteristics and effects of crop formations, renounce the lawnmower theories, while confirming no advanced technology presently known to man could have produced the impressions – backhoe or otherwise. 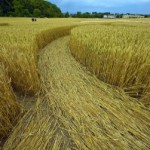 Such is the work of career biophysicist W.C. Levengood, who compared samples and control samples of grass stalk tissue to determine that something softened them without breaking at extreme angles; and nodes which seemed to be stretched from the inside out by interior-induced heat. Even the conductivity of seed tissue compared to control tissue was measured to be greater, consistent with an electrical charge. Other scientists have focused on Sothern England, a common location for formations, noting a relationship with more electrically-charged rock closer to the surface than less common areas of formations. Presently the scientific community is pointing to plasma as the energy source, leaving the discussion of who and why to others. 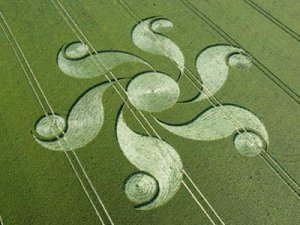 Evidence of these phenomena being more than just ‘hoaxes’ can be found in several documentaries such as Crop Formations – The Research, and The New Swirled Order. The phenomenon even warranted a segment in the 2012, watershed documentary THRIVE. In addition, CosmicWakening looks in-depth at the high mathematics and ultra-sophisticated geometry of the formations – and evidence for who might be making them. Scores of stunning high-quality crop formation photos can be viewed at the Lucy Pringle website or The Crop Circle Connector, plus dozens of other web sites and YouTube channels.

These mysterious impressions, whether advanced science, or spiritual expression mesmerize even the most discerning of viewers. Most agree the awe-inspiring precision and beauty of these crop formations are not just stunning but delightful to witness as masterful art. 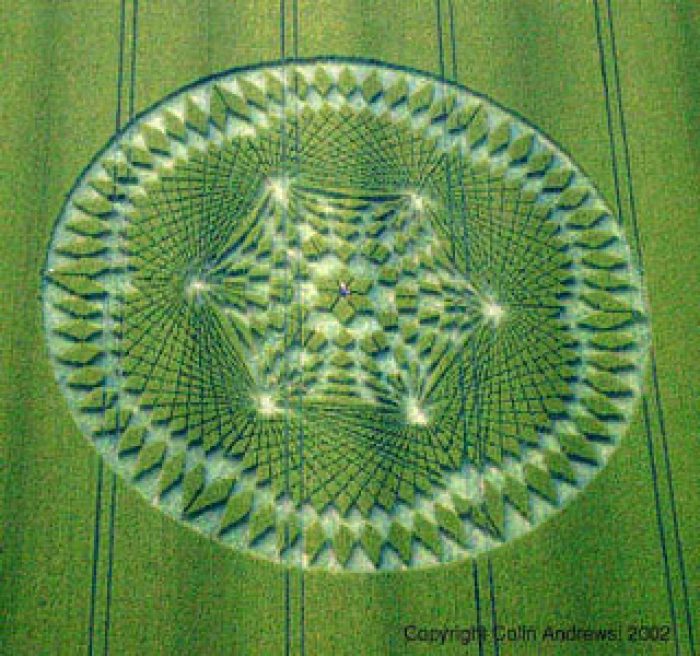