Build A School in the Clouds

Build A School in the Clouds

Our shift from a hierarchal, limiting system to a seemingly limitless, self-defined one is played out in the research of Sugata Mitra.  With a PHD in Physics, this Professor at Newcastle University, England’s focus is the future of education.

To consider the future, Dr. Mitra first studied the past, intrigued how we came to our current system of K-12 education. He traced it to the British Empire, specifically the Victorian era over three hundred years ago. With a Bureaucratic Administrative Machine in play, there needed to be human fuel for the machine. Schools were designed to fulfill this need, continuously producing identical people – traits such as good handwriting, and memorization of basic math. So identical were these individuals, they could be moved to anywhere within the Empire and be fully functional. Today, from Dr. Mitra’s perspective, we’re still continuously producing identical people, for a non-existent empire.

Dr. Mitra defines education as a “self-organizing system where learning is an emergent phenomenon.”  In a self organizing system, the structure appears without explicit outside intervention, which is the polar opposite of the education system in place today.  What fascinates in this video, are the places these children go without set limits or definitions.  “These are ten year olds.  This sent shivers up my spine”, says Sugata.

Sugata Mitra’s work won the TED prize in 2013 for 1 million dollars.  In a NY times article he describes the plan.  Terms like “School in the Cloud”, “Granny in the Cloud” and “SOLE” are liberally scattered throughout the conversation.  This is New Thought.  It does not diminish the role of the teacher or even the classroom.  It changes it, utilizing technology and each other as well.

Sugata Mitra was born in 1952 in Calcutta, and conducts his research primarily in India, but the implications are global.  His work validates the necessity of community, collaboration, encouragement and technology, while questioning the current memorization and book learning process.  He does utilize some traditional assessment methods which illustrate that learning is really happening in this unorthodox fashion; and the children are having fun. This brings some controversy as staunch supporters of our traditional system see it as a threat. It looks more like a bridge to something we are just beginning to envision; a world absent limits. Our children are already there. 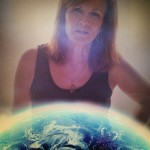 A long time advocate for unity and peace, Sophia Love believes that we get the world we believe.  She is a voice for agape; loving yourself unconditionally.  She’s opened an alternative school, home schools her children, is a writer, teacher and video producer.  Find her books and blogs at www.sophialove.org. 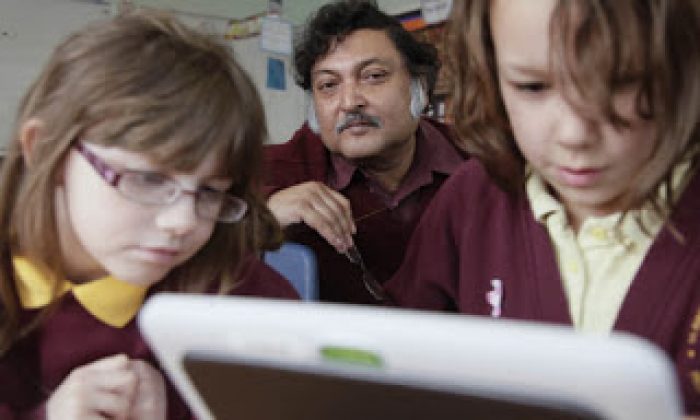