Pope Francis Calls For ‘One World Government’ To ‘Save Humanity’ 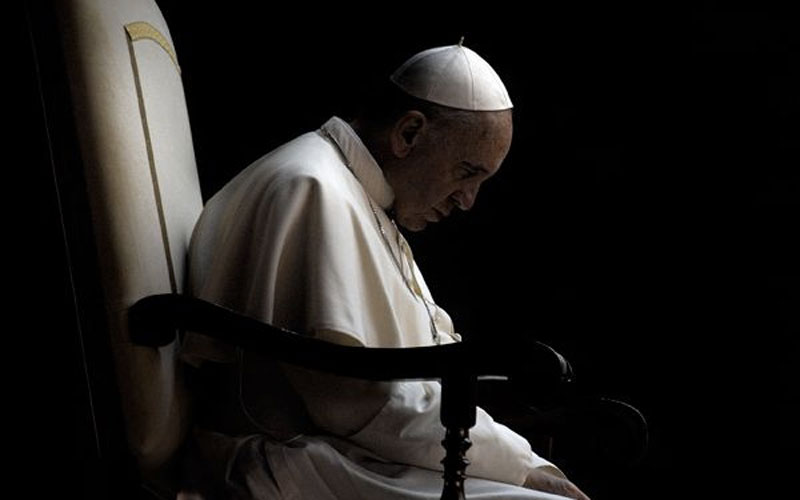 Pope Francis Calls For ‘One World Government’ To ‘Save Humanity’

The Pope has argued that the creation of the one world government is needed to combat major issues such as “climate change.”

Speaking with Ecuador’s “El Universo” newspaper, the Pope said that the United Nations doesnt have enough power and must be granted full governmental control “for the good of humanity.”

But what is raising eyebrows is the Pope’s call for a new global political authority. Here is more from the Guardian:

Pope Francis will this week call for changes in lifestyles and energy consumption to avert the “unprecedented destruction of the ecosystem” before the end of this century, according to a leaked draft of a papal encyclical. In a document released by an Italian magazine on Monday, the pontiff will warn that failure to act would have “grave consequences for all of us”.

Francis also called for a new global political authority tasked with “tackling … the reduction of pollution and the development of poor countries and regions”. His appeal echoed that of his predecessor, pope Benedict XVI, who in a 2009 encyclical proposed a kind of super-UN to deal with the world’s economic problems and injustices.

The word “globalization” means exactly what it says. It is the process of transitioning the world into a global government. Religious leaders are playing their part in this great deception.

David Rockefeller famously said that a “global crisis” would have to occur before the people of the world would be willing to accept a New World Order. When the world economy suffered a dramatic crash in 2008, world leaders again proclaimed the need for a New World Order with global financial control.

As demonstrated by Pope Francis, climate change and the global warming hoax is now the global elite’s preferred method of scaremongering, as they attempt to shepherd humanity closer to unified totalitarian rule.

Disturbingly, world religious leaders are also beginning to come together as one to preach from the same hymn sheet, instructing their sheep to accept the components of the New World Order’s one world government.

In case you missed it, world leaders from a diverse collection of religious communities called for world unity in a video message released last week.

The call for a world government, led by Pope Francis, Ayatollah Al-Milani, the Dalai Lama and Rabbi Abraham Skorka, is seen as a major step on the road to the New World Order that was prophesied over 2,000 years ago.

The world religious leaders came together on June 14 to make a joint statement through a video calling on people to embrace ideas of friendship and unity, and to overcome negativity and division in society.

In reality, the call for global government by Pope Francis and other wealthy elitists has nothing to do with lifting up impoverished nations or “saving humanity.” Such a government would instead guarantee global surveillance, global wealth inequality and a world run by the exact corrupt interests currently consolidating wealth and power worldwide.