#Podestaemails25: Fish to Pedesta- Just tuck this in your UFO files for future reference too

#Podestaemails25: Fish to Pedesta- Just tuck this in your UFO files for future reference too

Published on Wikileaks, #podestaemails25, on November 1, 2016 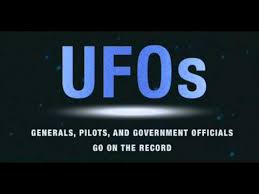 John –Just tuck this in your UFO files for future reference too.

Recently, I noticed this Sentry Eagle information, even though the original book was written in 1998:

I don’t know Dan Sherman and I don’t know if this non-ECI program is real. Caveat – I did work with Ft. Meade on several classified communications projects, including President Reagan’s dedication of the new HQ building in September 1986 when I was a contractor to WHCA.

But this report did trigger the memory of another event that may be of use should you ever want to follow up on the UFO stuff.

In that same TS/SCI building cafeteria in El Segundo, I had lunch with a senior USAF NCO who had worked for Project Blue Book in the 1970s (after it had been “officially disbanded). He was an ELINT technician (electronic intelligence) who flew in RC-135s from MacDill AFB in Florida. The “normal” target was Cuba where they did lots of snooping and sometimes challenging the Cubans to turn on radar and other systems.

He said there were times when they were diverted from these missions to track UFOs off the east coast of Florida. His claim was they UFOs had a landing and takeoff spot in the ocean east of Miami, north of Bermuda. He also claimed there was a specific electronic signature (frequency) emanating from them when they were going into or coming out of the water, so they were easy to track. On several occasions they filmed the UFO as it transitioned from water to air or vice versa. One last item is he was occasionally assigned to fly in a USAF weather aircraft (WC-135) when they had a hurricane hunting mission over the usual UFO area, where his specific assignment was kept secret from the other crew members. He would always report back to a dedicated USAF intelligence officer on base when they returned from a mission. He did not know where the intel that he collected was sent for processing or storage (WPAFB in Dayton would be the obvious choice). High quality film of UFOs is “out there” somewhere!

So, if true, Blue Book was not disbanded – only the outer layer of the onion (the “public information layer) was stripped away in 1970.

And, this may be part of the Sentry Eagle program with the USAF and NSA sharing UFO elint information. Might be some leads in that area too.