Physics Singularity: The Most Important Video of 2017 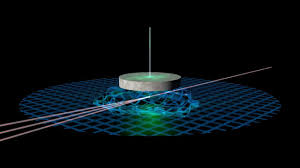 Physics Singularity: The Most Important Video of 2017!!!

Learn More visit: http://www.HoverBrothers.com/theory/ Back in December of 2015 Stephen Wolfram Published an article on his blog titled “What is space time, really?” In this article he masterfully outlines a new computational framework for looking at our Universe and a path which he believes could lead to a complete theory of physics, unifying quantum physics and relativity, through finding the most simplistic discrete building blocks and rules for the known universe, using an algorithmic method similar to what he wrote about in “A New Kind of Science”, his fascinating 1,000+ page tome on how highly complex patterns could emerge from simple 1 dimensional, 2 bit systems using basic iteration algorithms.

In this article he proposed that a new model of unified physics might be generated by using simple computational algorithms, only in 3D instead of 1. He talks about some of the key mathematical tools for constructing networks: things like knots, nodes, and graphs which are all integral parts of this new theory I’m about to present to you here today. Stephen doesn’t realize just how close he actually came to discovering it… http://blog.stephenwolfram.com/2015/1… Welcome to the era of entanglement!