Physics breakthrough can use sunlight to directly transform CO2 into clean fuels like methane, without using fossil fuels

Physics breakthrough can use sunlight to directly transform CO2 into clean fuels like methane, without using fossil fuels

by Jhoanna Robinson, published on Natural News, on June 28, 2017 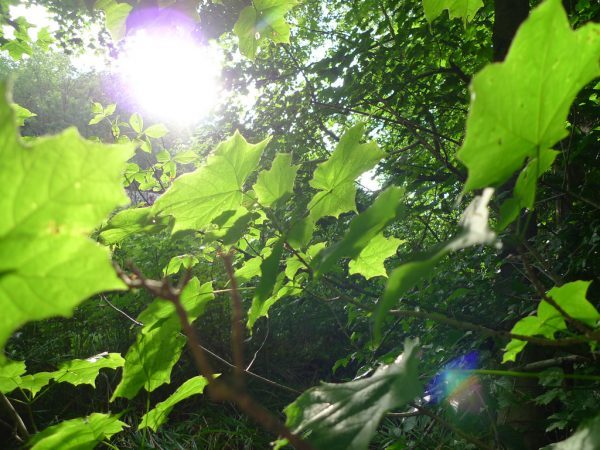 (Natural News) Researchers at the University of Adelaide, in collaboration with the Commonwealth Scientific and Industrial Research Organisation, have found a way to keep on using carbon-based fuel technologies without producing too much of the atmospheric greenhouse gas carbon dioxide (CO2) by doing away with fossil fuels.

In the study that was published in the Journal of Materials Chemistry A, the researchers outlined how they were able to combine CO2 with hydrogen to produce methane – the main component of the fossil fuel natural gas – and water.

“Capturing carbon from the air and utilizing it for industrial processes is one strategy for controlling CO2 emissions and reducing the need for fossil fuels. But for this to be economically viable, we need an energy-efficient process that utilizes CO2 as a carbon source,” said lead author and University of Adelaide Ph.D. Candidate Renata Lippi. (Related: Carbon Dioxide revealed as the “Miracle Molecule of Life” for re-greening the planet)

“Research has shown that the hydrogen can be produced efficiently with solar energy. But combining the hydrogen with CO2 to produce methane is a safer option than using hydrogen directly as an energy source and allows the use of existing natural gas infrastructure,” Lippi added.

For his part, the university’s centre for advanced nanomaterials director, Professor Christian Doonan, confirmed that their research has been successful in its goal of achieving the means to produce clean energy via a process that would have had a different effect.

“What we have produced is a highly active, highly selective (producing almost pure methane without side products) and stable catalyst that will run on solar energy. This makes carbon-neutral fuel from CO2 a viable option,” he said.

Reducing CO2 via the process of photosynthesis

In related research, University of Kentucky and Argentina’s Mar del Plata physicists have uncovered a method to lessen the amount of carbon dioxide that is produced during the process of photosynthesis.

The team, led by UK College of Arts and Sciences associate professor of chemistry Marcelo Guzman and doctorate student Ruixin Zhou, utilized a synthetic nanomaterial that infused the reducing power of cuprous oxide (Cu2O) with a coating of oxidizing titanium dioxide (TiO2) that negated the loss of copper (I) ion in the catalyst.

According to the study that was published in Applied Catalysis B: Environmental, the catalyst made of Cu2O/TiO2 was capable of transferring electrons to reduce CO2 while at the same time breaking the molecule of water – a process very similar to the “Z-scheme” mechanism, or the oxidation/reduction changes during the light reactions – from photosynthesis.

“Developing the materials that can be combined to reduce CO2 through a direct Z-scheme mechanism with sunlight is an important problem. From this scientific viewpoint, the research is contributing to advance feature technology for carbon sequestration,” Zhou said.

Researchers conducted the study to find elements of a catalyst that were not rare, were easily available, and not very expensive. Rhenium and iridium, materials that could have been used to drive the reactions with sunlight energy, are scarce and costly. Instead, the researchers used corrosion-resistant TiO2 to apply a white protective coating unto octahedral particles of red Cu2O.

The scientists concluded that the catalyst was operating through a Z-scheme rather than a double-charge transfer mechanism. Concrete proof of this statement are as follows:

Find other stories on chemistry discoveries at Chemistry.news.