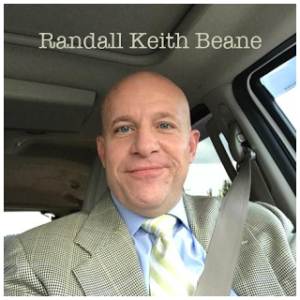 R: I don’t have much time left on this card.

T: we’ll have it charged back up for you.

R: You were talking about this military guy. I was interested in what you were saying.

T: His name is Lt. commander Fitzgerald. He filed this document with Sessions accussing  the [former] FBI director [Mueller] of being Treasonous against Trump. Mueller is the guy that took down all these guys [Veterans] in 2010. Of course they called him a sovereign citizen, but I don’t know if he identifies himself that way or not. But I know you didn’t.

R: Right, I told them from the very beginning, “I am a living man.”

T: Heather said they are going to try to identify you, or try to pin that label on you.

R: Yeah, they’ve got it in my personal discovery.

T: Well, there’s no Constitutional Rights as we just saw with Heather, because they didn’t honor her right to represent herself in D.C.

T:  So it was interesting to see it come out the time it did.There’s some things that are just. ..it seems like everything is just timing itself perfectly right now.

R: Yeah it is. And that is kind of what I was getting at earlier. . .it is beautiful to see . . .I mean I can be reading a book and the words come off the pages. . .what I need at that moment. . . it is really interesting.

T: can you describe to me how that arrest went down? We don’t really have accurate details. And the details in the transcript from what they call the two civilian witnesses. . .don’t match anything.

R: No, they don’t.  What happened was, I went to pick up the Coach. . .Alex and Val were in the Coach. . .They were showing me some stuff. . .it was obvious to me they were stalling me at the dealership.

T: The dealer was stalling you?

R: Yes the dealer was stalling me. They had their Service guy out there stalling me. It was very obvious that’s what he was doing.  He tried to get me to come into the office.  He was pretty much sabotaging me. And I knew it. I could feel it. The energy of it. Every eye was on me, when I walked into the dealership. Every eye was on me. . .and they wanted me to wait.  . . .he said, “sit down and wait”. I said, “No, I am going to wait in the Coach he can come out to me if he wants to talk to me.”
So I proceeded to head toward the Coach and I saw this car pull up in front of the service area and all these guys were wearing neckties.

I just walked onto the Coach and got in, closed the door, and Alex was standing there at the door.  They pulled over in front of the Coach.  All of them walked up to the door. And knocked on the door. And Alex opened the door for them, like he was inviting them in for a drink. . .

R: And I was on the phone with Heather. . .Heather was telling me . . .we were talking about something. . .and I just felt like there was no reason to open the door unless they had proof of a warrant or something. . . and anyway. . .Alex opened the door. . .they stormed in on me. . . .they were pulling me out of the Coach and I am trying to get them to answer questions. . .what the purpose was. . and they just commenced to beating on me. . . they threw me down on the ground. . .put a foot on my back, held my head in the dirt and told me to breathe. I said, “I can’t breathe”. . .he said. . “You’re gonna breathe.”

I had to breathe in dirt and grass and everything.. . .they twisted my rotator cuff. . .hurt my arm. . I was bleeding on my right side. . . bleeding on my head. . .then they proceeded to wrap a bandage around my head so tight that it was making my head pound. . .and I was in handcuffs behind my back so I couldn’t adjust it. . .they pulled my shorts down and my underwear was showing and they just left me standing there. . .looking like an idiot. . .with my pants hanging down to about my knees. With this white bandage wrapped so tight around my head it looked like a tourniquet on my head.

T: Do you know which agents did that?

R: Yeah, Parker and his crew. They were in court the other day when I was there. Just sitting there and staring at me.

T: And all this for a purported warrant in Jasper, Colorado, which doesn’t exist?

R: Yeah, the original. . . they said I was wanted in Jasper, Colorado. I said I have never been to Colorado. He said, well you are wanted there now and you are under arrest.

R: And there’s more to that. . . but when they put me in the back of the sherrif’s car. . .they left me there. . .it was 100 degrees that day, at least. They had me in the back of the Sherrif’s car with the windows rolled up, no air conditioning, and it was so hot and I could hardly breathe. I asked for water. One said, I will see what I can do about that, walked away, and ignored me. When he got in the car, I said, “you wouldn’t treat your dog like you are treating me. . .now. . .can I have some water?”
You know, it was just kind of the treatment of, “You are not getting anything now. . .” So they met another Sherrif at a convenience store and swapped the cars. . .I don’t know what the purpose of that was. . we headed east on 40 (Interstate 40) and as we were headed up 40, I looked up the road and I saw this Coach and I thought, that looks like my Coach.  . there was a car in front, a car on each side, and a car behind it with blue lights on it. . .they were doing about 30 or 50 mph. As we went by them, they saw me and they were poking fun at me and laughing and making faces at me going up the highway. . .and I thought that is not. . that’s not. .

R: Yeah, that wasn’t normal. It was almost like a bully type reaction

He just kept leaning on the car and looking at his cell phone. . .he went in the jail and he came back out and said, “they won’t take him in the jail, I don’t have anything to charge him with. The guy finally came out and said, I guess I will charge him with “Obstruction of Justice” we can get him in jail that way. . .they had nothing to charge me on and then nothing happened for 2 to 3 days. . .

No warrants were filed. When they did file one for Jasper Colorado. . .anyway they dismissed that when I got to court and said it was a miscommunication.  Then they produced this warrant for SC and said that I was going to be transferred down there and that was falsified because there was no warrant. … they had to create one. . .in order to do their arrest they way they wanted to

T: Sounds like they were just stalling to keep you there.

R: They were they were. That’s what it was about.

T: I saw the indictment for Heather and they changed the date on it, when the alleged infringement occurred.. . .just crossed it out and put another one in

T: There was all of these inconsistencies in all of the testimonies and then Heather’s swearing in part, they cut it out completely, which was the whole point of her even speaking

R: And another thing in my discovery, they are saying that I changed my SS number by one number, well it’s not a SS number anymore if you change a number

R: And I never changed anything

T: Yeah, I saw that in the transcript. . .and that is one of the first things I asked P (friend) and she said, no that you had said you used your correct one (SSN)

R: Yeah, I mean if you changed it what would be the odds of that even working?

T: It probably wouldn’t. It wouldn’t clear the name validation

R: Well and on top of that I bank with a military bank that has very high protocols on security and I know that because I have had several instances where someone has tried to charge my credit card and  I would get a phone call immediately and they cancel the card and they cancel the transaction and send me a new card.

I knew there was NO problem on any of those transactions when they cleared. And felt very confident that it being a military bank that there was no issue. . . and so on that. . .they have created this mess.
And they have lied about it. Because it was all accurate.

T: Have you run into anyone who treated you decently in this whole experience?

R: No. No. It is almost like they have been told to treat me this way.. I mean everybody. ..

T: You know, I came up to see you today when P saw you, but they wouldn’t let me in. And then there was an 85 year old woman who came in to see her son. . .or to put money on his commissary card and she didn’t know how to use the computer, so she asked the woman at the buzzer if they could send someone out to show her how to use the computer machine to charge on his account. . they just said, “it’s over there, ma’am. . it’s over there” they just were really rude to her. . .I mean she could barely walk and so I helped her with the machine. . it was her first times ever visiting. . .one of those things. . I felt really sad for her, you know?

R: Yeah, this jail seems to be a haven of abuse. . .from my understanding there’s a lot of questions about a lot of people who have been killed here. Just a lot of malicious treatment.

T: Do you have any idea where they might send Heather?

R: Cause this is the Federal Holding Facility

T: is it a corporate prison? Or a federally owned one?

R: It’s a County facility, but it’s a federal holding facility. I don’t know if they are going to separate us or what. I won’t have any idea, you know?

T: Well, you know, everybody is sending you their love.
And. .

Operator: you have 60 seconds

T: and you know, I hate to say, “hang in there” but I don’t know what else to tell you. We are doing everything we can.

R: And my hands are tied, I have basically to depend on you guys

T: I know your family is working really hard on it.

T: And Heather’s doing what she can from where she’s at.

T: So we’ll keep all the phone cards charged.

T: They’re about to cut us off

T: Talk to you tomorrow, I guess.