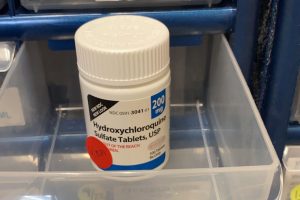 The Texas State Board of Pharmacy issued a new rule that no prescriptions for hydroxychloroquine could be dispensed without a diagnosis, then changed their tune.

Dr. Ivette Lozano, who has been in medical practice for over 20 years, was shocked to learn in March that she would be required to share her patient’s diagnosis with the pharmacist before prescriptions for hydroxychloroquine and azithromycin would be dispensed.

On March 20, the Texas State Board of Pharmacy issued a new rule that no prescriptions for hydroxychloroquine or azithromycin could be dispensed without a diagnosis “consistent with evidence for its use.”

“Never before have we had to turn in a diagnosis with a prescription,” Lozano told The Texan. Lozano has seen about five to six patients per week for coronavirus. “They see a dramatic improvement within six to eight hours,” Lozano said.

Health care attorney Matt Rinaldi said doctors have called him concerned about the requirement. He said the rule does not violate HIPAA regulations because patient information can be shared for treatment purposes.

“HIPAA is the bare minimum standard of privacy that patients expect, however,” Rinaldi added.

The Texas State Board of Pharmacy published the rule on its website with the explanation that it was meant to prevent hoarding of the medications during the coronavirus crisis.

“We had pharmacists calling early on saying that people were asking for 400 tablets on some prescriptions. The Board members gave this guidance to pharmacists,” Allison Benz, executive director of the Texas State Board of Pharmacy told The Texan.

The rule was not guidance, but a mandate. It also included a 14-day supply limitation unless the patient was previously established on the medication. Hydroxychloroquine is often used to treat lupus and rheumatoid arthritis.

On average, Lozano issues a prescription for COVID-19 treatment to last five days, about ten pills each of hydroxychloroquine, azithromycin, and zinc. She said she learned about the treatment from one of President Trump’s press conferences and began investigating it.

Because of her concern for patient privacy that seemed incompatible with the unprecedented rule, Lozano contacted State Senator Bob Hall to ask for help reaching the Texas State Board of Pharmacy. Hall was concerned about the rule that seemed to be inhibiting the dispensing of these potentially life-saving prescriptions.

“In a few months, we may discover places where this combination could have saved a significant number of lives, but we had deaths because it was not used,” Hall told The Texan.

Additionally, he is concerned about “collusion between the pharmacy board and pharmaceutical companies who want to prevent the use of an inexpensive drug while they develop a new, expensive drug.”

Hall said he contacted the Board of Pharmacy commissioners, executive director, and attorney about having the restriction removed.

Over six weeks after the original rule was published, the Texas State Board of Pharmacy has recently changed its guidance to pharmacists about dispensing hydroxychloroquine and azithromycin.

The website now says, “The rule does not prevent a physician from prescribing one of these drugs for an off-label use. Please note, the intended use for the drug is not required if the practitioner determines the furnishing of this information is not in the best interest of the patient…”

The Texas Medical Association as of April 22 “recommends against using hydroxychloroquine plus azithromycin to treat COVID-19” except in clinical trials.

In Galveston, Dr. Robin Armstrong made waves when he reported the successful use of the treatment with many patients in a nursing home center in Galveston.

Disclosure: Unlike almost every other media outlet, The Texan is not beholden to any special interests, does not apply for any type of state or federal funding, and relies exclusively on its readers for financial support. If you’d like to become one of the people we’re financially accountable to, click here to subscribe.