Peru child sacrifice discovery may be largest in history

Peru child sacrifice discovery may be largest in history 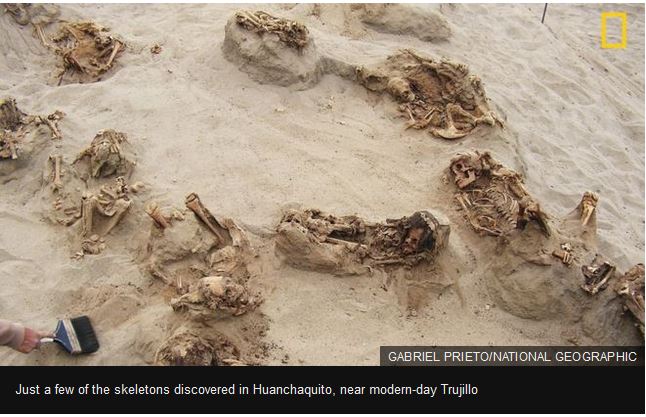 Archaeologists have uncovered what may be the largest single mass child sacrifice event in human history.

More than 140 children were sacrificed at about the same time in Peru’s northern coastal region, about 550 years ago.

The discovery was made near modern-day Trujillo, which lies near the centre of the ancient Chimú civilisation.

More than 200 young llamas were sacrificed alongside the children – all of which were killed in a single event.

“I, for one, never expected it,” John Verano, one of the lead researchers, told the publication. “And I don’t think anyone else would have, either.”

In 2011, the first discovery of human sacrifice victims at the site, known as Huanchaquito-Las Llamas, uncovered the remains of 40 victims and 74 llamas during the excavation of a 3,500-year-old temple.

The final tally announced this week of 140 children show that the victims were aged between five and 14 – though most were between eight and 12 years old, National Geographic reports.

The children are known to be victims of human sacrifice because of cut marks to the bones, including the sternum, the bone in the centre of the chest. Many ribs were also damaged – which may indicate the heart was removed. 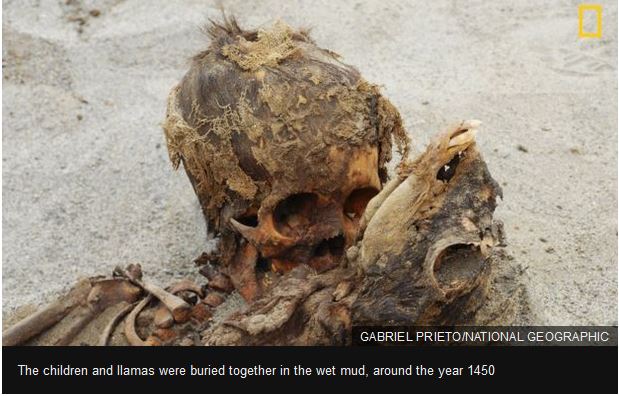 In addition, many of the children were daubed with a bright red pigment made from cinnabar – most likely a part of the sacrificial ritual.

The llamas, which suffered the same fate, were all younger than 18 months and buried facing east towards the Andes mountains.

Gabriel Prieto, the other lead researcher, said: “When people hear about what happened and the scale of it, the first thing they always ask is why.”

The dig may provide a hint: a layer of mud in which the victims were buried could have been caused by “severe rain and flooding” in the usually dry area – possibly caused by an extreme weather event such as El Niño.

Such an event could have “disrupted marine fisheries in the area, while coastal flooding could have overwhelmed the Chimú’s extensive infrastructure of agricultural canals,” National Geographic reports.

The children may have been sacrificed when sacrificing adults did nothing to ward off the adverse climate events, bioarchaeologist Haagen Klaus told National Geographic.

“People sacrifice that which is of most and greatest value to them,” he said. “They may have seen that [adult sacrifice] was ineffective. The rains kept coming. Maybe there was a need for a new type of sacrificial victim.” 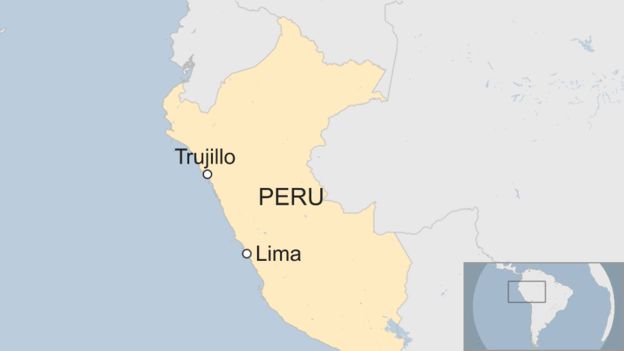