Perhaps the world’s conspiracy theorists have been right all along

Perhaps the world’s conspiracy theorists have been right all along

We used to laugh at conspiracy theorists, but from Fifa to banking scandals and the Iraq War, it seems they might have been on to something after all, says Alex Proud 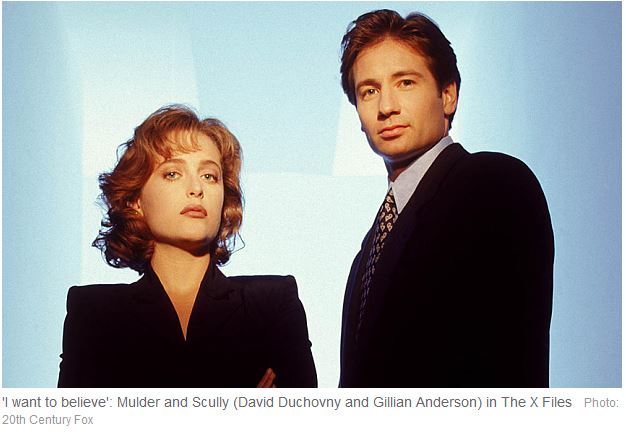 Conspiracy theories used to be so easy.

You’d have your mate who, after a few beers, would tell you that the moon landings were faked or that the Illuminati controlled everything or that the US government was holding alien autopsies in Area 51. And you’d be able to dismiss this because it was all rubbish.

Look, you’d say, we have moon rock samples and pictures and we left laser reflectors on the surface and… basically you still don’t believe me but that’s because you’re mad and no proof on earth (or the moon) would satisfy you.

It’s true that there was always the big one which wasn’t quite so easily dismissed. This was the Kennedy assassination – but here you could be fairly sure that the whole thing was a terrible, impenetrable murky morass. You knew that some things never would be known (or would be released, partially redacted by the CIA, 200 years in the future). And you knew that whatever the truth was it was probably a bit dull compared to your mate’s flights of fantasy involving the KGB, the Mafia and the military-industrial complex. Besides, it all made for a lot of very entertaining films and books. 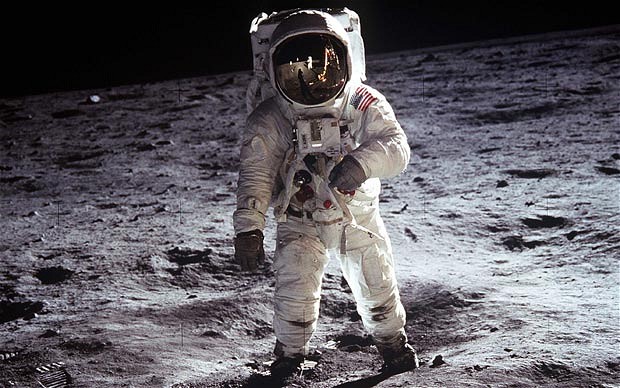 This nice, cozy state of affairs lasted until the early 2000s. But then something changed. These days conspiracy theories don’t look so crazy and conspiracy theorists don’t look like crackpots. In fact, today’s conspiracy theory is tomorrow’s news headlines. It’s tempting, I suppose, to say we live in a golden age of conspiracy theories, although it’s only really golden for the architects of the conspiracies. From the Iraq war to Fifa to the banking crisis, the truth is not only out there, but it’s more outlandish than anything we could have made up.

Of course, our real-life conspiracies aren’t much like The X-Files – they’re disappointingly short on aliens and the supernatural. Rather, they’re more like John Le Carre books. Shady dealings by powerful people who want nothing more than to line their profits at the expense of others. The abuse of power. Crazy ideologues who try and create their own facts for fun and profit. Corporations supplanting governments via regulatory capture.

So, what are some of our biggest conspiracies?

The most disgusting abuse of power in a generation and a moral quagmire that never ends. America is attacked by terrorists and so, declares war on a country that had nothing whatsoever to do with the attacks, while ignoring an oil rich ally which had everything to do with them. The justification for war is based on some witches’ brew of faulty intelligence, concocted intelligence and ignored good intelligence. Decent people are forced to lie on an international stage. All sensible advice is ignored and rabid neo-con draft dodgers hold sway on military matters. The UK joins this fool’s errand for no good reason. Blood is spilled and treasure is spent.

The result is a disaster that was predicted only by Middle Eastern experts, post-conflict planners and several million members of the public. Thousands of allied troops and hundreds of thousands of blameless Iraqis are killed, although plenty of companies and individuals benefit from the US dollars that were shipped out, literally, by the ton. More recently, Iraq, now in a far worse state than it ever was under any dictator, has become an incubator for more terrorists, which is a special kind of geopolitical irony lost entirely on the war’s supporters.

And yet, we can’t really bring ourselves to hold anyone accountable. Apportioning responsibility would be difficult, painful and inconvenient, so we shrug as the men behind all this enjoy their well-upholstered retirements despite being directly and personally responsible for hundreds of thousands of deaths and trillions of wasted dollars. And the slow drip, drip of revelations continues, largely ignored by the public, despite the horrendous costs which (in the UK) could have been spent on things like the NHS or properly equipping our armed forces.

The conspiracy du jour. We always knew Fifa was shonky and bribey, but most of us thought the more outlandish claims were just that. Not so. As it turns out, Fifa is a giant corruption machine and it now looks like every World Cup in the last three decades, even the ones we were cool about, like South Africa, could have been fixes. 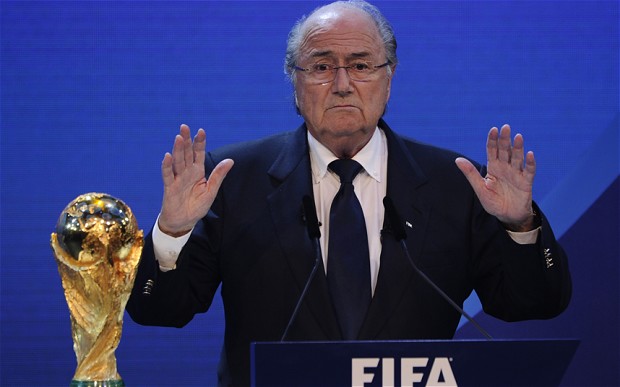 On the plus side, it seems that something may be done, but it’ll be far too late to help honest footballing nations who missed their moment in the sun. For those who say “it’s only a stupid sport”, well, recently we’ve heard accusations of arms deals for votes involving… wait for it… Saudi Arabia. The Saudi connection makes me wonder if, soon, we’ll be looking a grand unified conspiracy theory which brings together lots of other conspiracy theories under one corrupt, grubby roof.

A nice financial counterpoint to Iraq. Virtually destroy the western financial system in the name of greed. Get bailed out by the taxpayers who you’ve been ripping off. And then carry on as if nothing whatsoever has happened. No jail, no meaningful extra regulation, the idea of being too big to fail as much of a joke as it was in 2005. Not even an apology. In fact, since the crisis you caused, things have got much better for you – and worse for everyone else. Much like Iraq, no-one has been held responsible or even acknowledged any wrongdoing. Again, this is partially because it’s so complicated and hard – but mainly because those who caused the crisis are so well represented in the governments of the countries who bailed them out. Oh, and while we’re at it, the banks played a part in the Fifa scandal. As conspiracy theorists will tell you, everything is connected.

This one seems like a particularly dark and grisly thriller. At first it was just a few rubbish light entertainers. Then it was a lot more entertainers. Then we had people muttering about the political establishment – and others counter-muttering don’t be ridiculous, that’s a conspiracy theory. But it wasn’t. Now, it’s a slow-motion train crash and an endless series of glacial government inquiries. The conspiracy theorists point out that a lot of real stuff only seems to come out after the alleged perpetrators are dead or so senile it no longer matters. It’s hard to disagree with them. It’s also hard to imagine what kind of person would be so in thrall to power that they’d cover up child abuse.

Where do you start? We could look at the EU and pick anything from its rarely signed-off accounts to the giant sham that let Greece join the Euro in the first place. We could look at UK defence procurement – and how we get so much less bang for our buck than France. We could peer at the cloying, incestuous relationship between the UK’s political class and its media moguls and how our leaders still fawn over a man whose poisonous control over so much of our media dates back to dodgy deal in 1981 that was denied for 30 years. We could look at the NSA and its intimate/ bullying relationship with tech companies. And we could go on and on and on.

But actually, there is some hope. While the number of rich and powerful people who think they can get away with anything has undoubtedly grown, technology has made leaking much easier. Wikileaks may not be perfect, but it’s a lot better than no leaks at all. The other thing that gives me succour is the public’s view of the bankers. We still hate them, which is absolutely as it should be. And slowly this contempt is starting to hurt the masters of the universe. It’s notable that, recently, banking has started tumbling down the down the list of desirable careers. So, I suppose the solution is simple: we need more regulation, we need more transparency and we need more public shame and disgust. We might even get the last two; I’m less hopeful about the first.

In the X-Files, Fox Mulder’s famous catchphrase was, “I want to believe” but that’s because the conspiracy theories he dealt with were rather good fun. Ours, by contrast, tend to involve an endless procession of wealthy old men abusing their power. So I don’t want to believe any more. I want my kids to grow up in a world where conspiracy theories are something you laugh at.