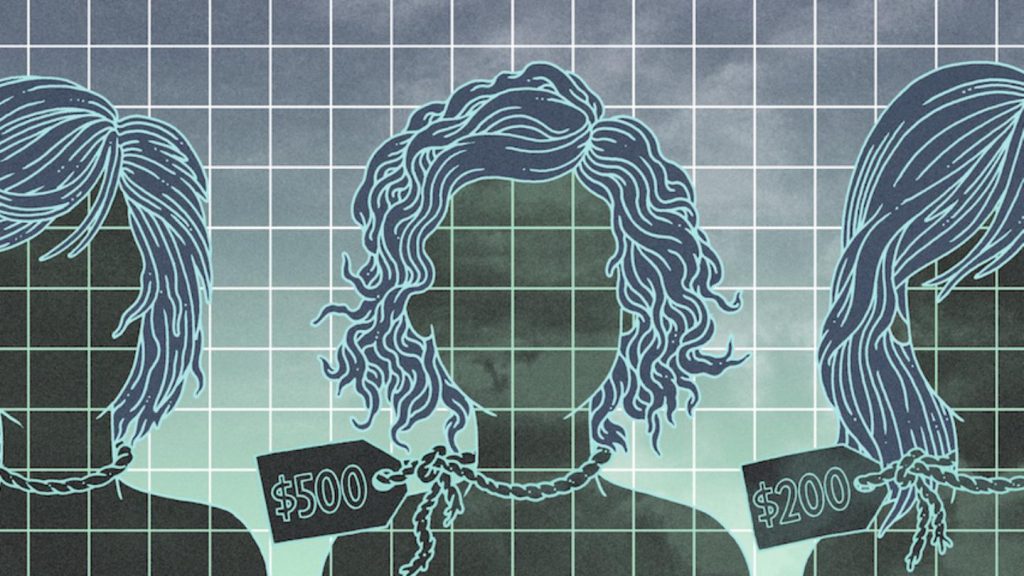 On April 8, 2018 ANP reported that the ad listing service Backpage, a site which facilitated sex trafficking as well as sexual exploitation and trafficking of minors,  had been seized by the U.S. government on April 6, 2018, and that Michael Lacey and James Larkin of Paradise Valley, former owners and co-founders, had contributed heavily to Democrats, Democratic committees and PACs, and to Hillary Clinton’s campaign.

On April 9, 2018 the Department of Justice issued their press release and statements regarding the seizure of the website and the arrest of seven individuals who were charged in a 93-count federal indictment. The 61 page federal indictment has been unsealed and is embedded at the bottom of the article.

While in our previous piece about the Backpage seizure and arrests we focused on a disturbing pattern we notice of large democratic donors being connected to sexual harassment, pedophilia, rape and more, after reading the recently released indictment, and doing more research into Backpage, it is important to expand a bit more on just how huge a part Backpage played in the human trafficking, sexual exploitation and trafficking of children in America.

Read the statements made by officials involved in the seizure of the website and the seven individuals charged at the DOJ website.

This has been a key issue for President Donald Trump. In February 2017, just a month after being inaugurated, he met with a number of anti-human trafficking experts and vowed to combat human trafficking “epidemic.”

Throughout 2017, Ivanka Trump helped spearhead multiple efforts to combat sexual slavery, human trafficking and child exploitation, from setting up  meetings with anti-trafficking experts like the one shown above, to hosting events, providing a forum for experts in the field to weigh in and help the administration determine the best way to combat this issue.

While we now see the “Women’s March” representatives criticizing the Trump administration for the actions taken against Backpage and its officials, claiming it is “crisis” for sex-trade workers, stating on their official Twitter account “The shutting down of #Backpage is an absolute crisis for sex workers who rely on the site to safely get in touch with clients. Sex workers rights are women’s rights,” what they do not acknowledge is the rampant child exploitation that those same pages were used for.

According to the newly released and unsealed indictment, Page 3-4,  we see “Many of the ads published on Backpage depicted children who were victims of sex trafficking. Once again, although Backpage has sought to create the perception that it diligently attempts to prevent the publication of such ads, the reality is that Backpage as allowed such ads to be published while declining- for financial reasons- to take necessary steps to address the problem. For example, for several years, Backpage’s official policy, when presented with an ad featuring the prostitution of a child, was to delete the particular words in the ad denoting the child’s age and then publish a revised version of the ad. Such editing, of course, did nothing to change the fact the ad featured the prostitution of a child- it only created a veneer of deniability and helps Backpage’s customers (i.e., pimps trafficking children) evade detection.”

Confirming the government’s claims, we found a report released on May 17th, 2017 by Consumer Watchdog, Faith and Freedom Coalition, Trafficking America Taskforce, DeliverFund, and The Rebecca Project, titled “How Google’s Backing of Backpage Protects Child Sex Trafficking,” which cited some horrendous examples of young girls who were victimized after being sold on Backpage, including the small list shown below:

• A case in Atlanta, GA of a 12-year-old girl whose pimp regularly tasered her and even forced her to work while pregnant with his child.

• A New York City case of a 13-year-old girl who was regularly beaten and even kicked down a stairwell for trying to escape her pimp.

• A Miami case of a 13-year-old girl whose pimp had tattooed his name on the girl’s eyelids.

• A Chicago case in which a 16-year-old, suffering from depression, left home. Three weeks later, she was advertised for sex on Backpage and murdered at the hands of her Backpage buyer.

On January 9, 2017, the U.S. Senates Homeland Security & Government Affairs Permanent Subcommittee on Investigations published an extensive 53 page report about Backpage, which stated the following on page 9 of the PDF:

Backpage is a market leader: In 2013, it reportedly net more than 80% of all revenue from online commercial sex advertising in the United States.22 According to the latest report from NCMEC, 73% of the suspected child trafficking reports it receives from the public involve Backpage. According to the Massachusetts Attorney General, “[t]he vast majority of prosecutions for sex trafficking now involve online advertising, and most of those advertisements appear on Backpage.”

The National Association of Attorneys General has sounded similar alarms concerning Backpage’s facilitation of sex trafficking. On August 31, 2011, 45 state attorneys general sent a letter in which they described Backpage as a “hub” of “human trafficking, especially the trafficking of minors.” Pointing to more than 50 cases over the previous three years involving individuals trafficking or attempting to traffic minors on Backpage, the attorneys general argued that Backpage’s screening efforts were “ineffective.” They requested documents from Backpage concerning the company’s public claims that it screens and removes advertisements linked to sex trafficking. Backpage provided no substantive response to that request.

The NCMEC referred to in the Senate report quoted above is the National Center for Missing and Exploited Children, which is a private, non-profit organization established in 1984 by the United States Congress.

Within the Senate report it is also noted that multiple states, including California, Tennessee, NJ, Washington, and others, have unsuccessfully attempted to hold Backpage legally responsible for the deliberate exploitation and trafficking of minors, as Backpage invoked the liability immunity clause of Section 230 of the Communications Decency Act, to have the charges dismissed. This is most likely the reason the indictment specifically mentions that Backpage was editing the the ads to remove mention of the victims age, then publishing the edited ad.

As the Senate report from January 2017, highlights on page 10, “The U.S. Court of Appeals for the Ninth Circuit, however, has suggested that ISPs that edit user-created content can sometimes lose their CDA immunity. In Fair Hous. Council of San Fernando Valley v. Roommates.com, 521 F.3d 1157 (2008), the court wrote that Section 230 “was not meant to create a lawless noman’s-land on the internet,” and that a website operator who edits user-created content . . . retains his immunity for any illegality in the user-created content, provided that the edits are unrelated to the illegality.”

States have been fighting against Backpage’s advertisements for prostitution and their promoting “illegal sexual contact with minors,” as it was phrased in the M.A. v. Village Voice Media in September 2010, for over seven years. That is seven years that children continued to be exploited by what could arguably be one of the biggest Pedogate facilitators our time.

The fact that NCMEC reported that 73% of the suspected child trafficking reports it receives from the public involved Backpage, highlights the sheer scope of what the Trump administration has just done in one year, to eradicate child sex trafficking by doing exactly as promised and putting the power of federal government behind the effort.

While we have seen much reporting on the take down of Backpage and the seizure of its website, what we haven’t seen from the MSM is acknowledgement that one of the key conduits for facilitating the sale of women and children online, has just been removed.

I am Jane Doe chronicles the epic battle that several American mothers are waging on behalf of their middle-school daughters, victims of sex-trafficking on Backpage.com. – Fair warning, the documentary shown below is heartbreaking.