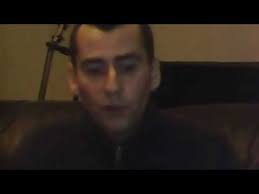 A seven-year-old youngster from Liverpool was informed by his mum that his father was not the man to whom she was marred, but was James Paul McCartney. He simply did not believe her, but she was insistent that he should know. She told him that yes, Paul was dead, when he began to figure it out from a clue.

A few months later, in 1975, he was playing marbles in the street, when he found himself surrounded by five adults, Ringo, George, John, Bill (renamed Sir Paul McCartney), who was the replacement for Paul, nicknamed “Billy Shears”, and Bill’s mother. The youngster’s own mother died very soon afterward. He has provided a legal document and DNA samples. He does not trust that regular channels would test the DNA honestly.

He appeals to all other people who know of Paul’s death in any way, and to his likely half-brothers and half-sisters of the original Paul McCartney, to come forward carefully. This is a fascinating development for the long-held belief that Paul is dead (PID), since late 1966.