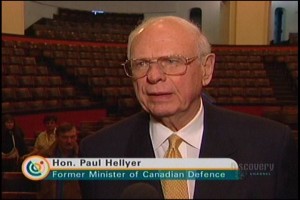 Paul Hellyer recently stirred up global controversy when he testified before a half-dozen former US representatives that aliens exist. As Canada’s former Minister of Defence, Hellyer is the first and only cabinet-ranking official from a G8 nation to publicly state a belief in extraterrestrials.

MOTHERBOARD visits Paul Hellyer at his cottage in the sleepy and scenic woods of Ontario to find out more about his extraterrestrial claims. This is Paul Hellyer in real life.