Alia’s Comment: I wrote this post in order to emphasize the importance of the consciousness aspect regarding the emergence of over-unity technology. This is not in any way to devalue the technological aspect involved in bringing forth this new energy paradigm , nor is it meant to dishonor or hold in less esteem any of the brilliant engineers and scientists that are working on these projects. I am writing this to state my own viewpoint that mechanical skill alone is not sufficient to make these devices work or to keep them running. There is a consciousness factor that needs to be considered as equally important in the development of these new technologies.  This article addresses the consciousness side of the equation. I have covered as thoroughly as am able the assembly and mechanical functioning of the QEG in several previous posts. I ask technicians and lay persons alike to give the ideas contained herein serious consideration. I believe we are very close to this dual breakthrough mentioned below. Thank you for your time and attention.

I believe that there is a direct relationship between the emergence of advanced technologies, such as “free energy” devices and the reawakening of Oneness in the Collective Human Consciousness. In an earlier post, I spoke of these two aspects of evolution developing in tandem. Personally, I think that the quantum leap in human consciousness will be the catalyst that allows these zero-point or over-unity technologies to materialize. However, it may be a bit like the old riddle, “Which came first, the chicken or the egg?” In other words, I think that these two evolutionary breakthroughs are so inter-related that they will seem to appear simultaneously at some magical moment of NOW.

As an observer of the QEG assembly in Aouchtam, Morocco, I was made aware of the importance of maintaining a highly consciousness environment while working with this technology. The QEG (or Queege) was treated as a sentient being, more specifically, a feminine, sentient being. You may have already made the association between the words, “Queege,” and “queen.” That is no coincidence.

Thus, there are many parallels that can be drawn between how you relate to a piece of feminine sentient technology and how you might relate to a biological, female human. There are the usual stereotypes, such as “she can’t be rushed” but “don’t keep her waiting.” However, some guiding principles of working with this particular device include handling “her” with care and respect, allowing “her” to share what “she” wants, moving slowly and gently and not expecting more than “she” is willing to give. At minimum, to adopt the attitude that there is more going on with this “machinery” than just a combination of inert mechanical parts.

I have read many channeled messages that speak about the sentient technologies of our galactic brothers and sisters. I have read that they regard their starships as sentient BEINGS, fully conscious and capable of making decisions from the highest levels of divine intelligence. Further, the galactics report that these forms of consciousness come forward and offer themselves to be technological forms that can serve the ALL, as star ships or in myriad other ways, according to the needs and desires of all parties involved.

OK – LET’S ALL STOP AND TAKE A BREATH TOGETHER AFTER THAT PARAGRAPH!

Now I understand why I’ve been putting off writing this post for a couple of weeks. WAY too sci-fi, woo-woo for some of you. But indulge me, please, and just hold this as one possible perspective. Once we make this quantum, collective leap, things will appear differently and that’s the GOOD NEWS.

Let’s back up a hundred years or so. Nikola Tesla gave us the basic design in 1888 that Jamie further developed into the QEG. Why has it taken so long to actualize this concept and get it into circulation? We put a man on the moon in 10 years. Why haven’t we done something similar with free energy? Aside from the fact that there are those who profit enormously by keeping the world enslaved to fossil fuels and feel they have too much to “lose” by distributing “free” energy, let us consider another factor that I mentioned in an earlier post.

What has REALLY been suppressed on this planet for the past 13,000 years is HUMAN CONSCIOUSNESS. The Controllers knew that if humans raised our consciousness to a certain level, the grand illusions of  a reality based on separation and scarcity would be impossible to maintain and they would lose control of this planet and its population.

EVERY ASPECT OF SOCIETY HAS BEEN CAREFULLY CONTROLLED in order to keep US from knowing our true magnificence. The control mechanisms have been so cleverly devised and so invisibly enforced that we have become our own wardens within a prison of frequency regulation. Any time any human caught onto the TRUTH and began influencing too many other humans – they were ridiculed, financially destroyed, declared mentally insane, imprisoned or simply assassinated. We can all list some high-profile individuals who paid the ultimate price for demonstrating the truth about WHO WE REALLY ARE!

Now let’s return to the idea that technology could be an organic, sentient being. All indigenous peoples have consistently told us that ‘EVERYTHING IS ALIVE AND WE ARE ONE WITH EVERYTHING.” They have encouraged us to “respect ALL of LIFE.” Scientists have stated that we are really made of stardust and our bodies are mostly empty space. So is it really such a leap to think that something metallic and/or silicon in nature could also have the attributes of an organic, sentient life-form? We’re not saying “human” but we are saying that these beings are intelligent (divinely sourced from the ONE Source) and worthy of our respect and co-operation.

So this last paragraph may have been a choker for some of you but I continue to beg your indulgence – this IS going somewhere.

Ralph Ring is a brilliant engineer who has done much work in magnetic-levitation technology. He asserts that he and his wife, Marsha, are currently the keepers of Nikola Tesla’s legacy. They “inherited” this body of knowledge (backed up by direct experience) from Otis T. Carr, a contemporary of Tesla’s, who passed it on to Ring. Ralph contends that Tesla’s designs have been waiting 130 years for humanity’s consciousness to rise to a level where we can accept and embrace it. ONE HUNDRED THIRTY YEARS!

Remember our consciousness has been deliberately suppressed for thousands of years. And along with that suppression we were served a large helping of ‘humans are powerless,” “resources are scarce,” and “suffering is a natural part of human existence.”

So what will it take to bring “over-unity” technology to humankind? Could it be that we humans must surrender our beliefs that “we are not powerful?” Might it be that we cannot accept and embrace free energy (the demonstration of an abundant Universe) until we let go of our insistence  that “there is not enough for everyone?” And how many of us are willing to cast off our certainty that we are separate individuals, competing for life itself, instead of embracing the reality of Oneness about which all spiritual paths and indigenous cultures teach?

It is my understanding that in order to receive this over-unity technology, each of us, individually, needs to regain/remember unity within ourselves first. And then work toward extending that naturally to those “others” of ourselves that appear to be separate and “out there” but who, in fact, are part of ONE WHOLENESS. And in spite of what we see reported in the MSM news, I think we are REALLY close! I think that even if only a small percentage of humans can remember our relationship with the ONENESS, that it will be enough to trigger that remembrance throughout the Collective.

And when we finally take that quantum leap into over-unity within the Collective of Humanity, we will simultaneously be blessed with all the technologies of abundance that have been waiting patiently for their queue to come to center stage and be of service to the ONE on Planet Earth. 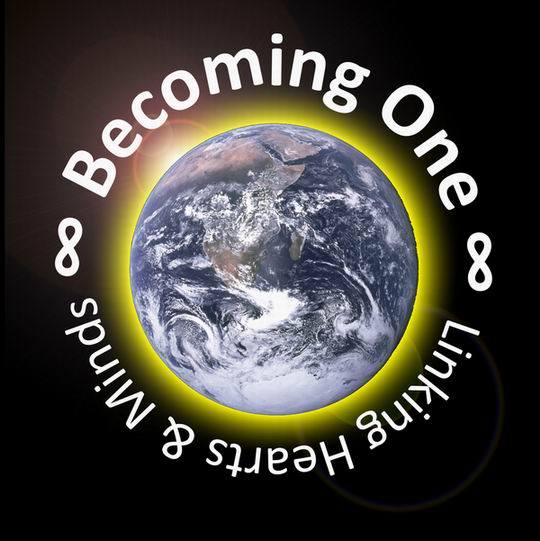