Our New World Powers Up! 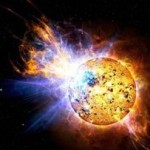 Our New World Powers Up!

First, Happy Solstice to everyone and everything!! Today, I really wish I had the ability to show you a video of what I am about to share instead of a bunch of words, sadly, you’re stuck with my words and I pray it all comes out in a fluid visual of excitement and understanding.

If we can look at the entire energy of 2013 as the time before the curtain opens, everyone is putting on their new outfits, adjusting as needed, rehearsing their lines, getting them down clearer and more fluidly. Some character placements have been changed out, alternates brought in, creating new and unexpected relationships and potentials and even more rehearsing for the “Big Show.” The Big Show is really the fully functional stage of Shambhala, Heaven on earth.

However, before the full curtain open (April) we’re going to have a pre-show, which relates to the first quarter of 2014. Maybe a better word is a dress rehearsal before an audience (all of life.)

I really stared to understand how unique and how important our “parts” are to the larger agenda, the show (if you will) at hand. As for my part, you can look at me as a video recorder that hits the playback button just about every morning. My own frequency has got to consistently be adjusted and upgraded because YOUR frequency is consistently going higher. (Thanx a lot of for that…smile, wink.)

All the above, I wrote yesterday, the rest that I had written, I had to delete due to more information /readings yesterday changing what I did understand the day before. SO I think what I am going to do today is use a broad stroke of all that I am seeing and understanding at this moment.

At the end of 2012 an “in between” earth emerged. Those who have cleared out the junk in their trunks moved onto this “in-between” earth, if you can look at it as the earth that held all the costumes, all the accessories and potentials that had to be worked out, evened out within not only each human, but every crevice of life itself. The pre-stage area.

When I was reading last December, I had seen people’s choices either blow them into do-overs out the end of Dec 2012, putting them in different timelines/vibrations to do over (energetically) what they had not done/completed/freed-up yet. Those who have done the majority of their work went onto the new earth, that I now realize was more of an in-between earth (in-between the old and the new) so that we can acclimate, ready ourselves and our lives to life on the new earth. Any loose ends were tied up quickly and we moved in and out of so many things this year, including our understanding/realization of our full selves. I have had the amazing and humbling pleasure of witnessing this intense evolution thru each of you ever single day.

If we can look at all of 2013 as high school, but all the grades were mushed together, and then we come out at the last quarter of 2013 in intense final exam mode. There will never be a feeling of right or wrong in any choice, because nothing is ever wrong. It ALL simply IS the result of choices.

As I started reading again in December, I realized when 2013 ends, it literally just ends. I see it as a massive energetic wall that either creates a wave of bringing someone back to (what I call summer school) an amplified point on the ground of 2013 or ya move vibrationally upwards onto the fully active, fully functional new earth.

What I didn’t fully understand until yesterday really, is that those who completed their final exam sessions are equally the ones who are doing so much work to ready the new earth. From the human perspective, it may not look like your doing a damn thing, but yet, your exhausted, sleep patterns are disrupted, body is going thru what we think of as illnesses (colds, flu, stomach stuff and so on.) So many people feel like their lives are stuck or on hold, not even close. You are so super busy getting everything ready and finalized for the new earth to be fully inhabited, the earth I call Shambhala, that until it is complete, what are you really gonna do??

When we think of working on anything, we think this physical body must be out doing something, and some of us are. I do readings/video recordings just about every day, but other than that, I am twitching like fish out of water the rest of the day, processing and piecing together all the puzzle pieces.

So, moving into this profound energetic timeline we call the Solstice, holy heaven batman, I am starting to really see and understand the bigger picture.

Imagine there are three earths, each aligned above the other. We will just say the bottom one represents this entire 26,000 year cycle thru Dec 2012. The one in the middle is a prep-station we call 2013. The one at the top is the high frequency, Shamabhala, New Earth. This prep station of 2013 is already changing itself out from solid to a protective energy, kinda reminds me of fascia. I got this full understanding from one of the wonderful connections the other day. If you can imagine it looking very much like this: 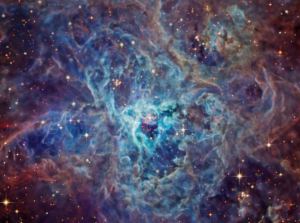 Now, since the old world and the new world are actually superimposed in the same space, this energy, this fascia like energy is wrapping itself around the entire old world stage, so that all that will be happening to the old world, the old energies does not affect (vibrationally) those residing on the new world. However, everything that happens on the new world, which is a Light world, affects the old world. Kinda like water seeping thru cheese clothe. Slow and steady.

The electricians of the energetic world have been working overtime (from the ethers mostly) aligning the magnetic gridwork of energy from the solstice to the equinox of March 2014. A super intense relay station of pure energy.

If we can look at it like this, we have all the harvested mastery of every aspect of ourselves (past, future, off planet) that was held in a silo to this quarter, then started to blend into a new super energy, the energy grid we call the solstice was powered full up on the 20th and has fully activated and released itself to the energy grid I call the March Equinox of 2014.

My last connection of yesterday was a massive flash of super bright light directly at the March 2014 equinox area, this morning, my first connection was a rolling energy of white blue intensity filling the entirety of 2014. Which instantly brought back that blue-white electric portal. The energy of 2014 is officially rolling out and turning everything on.

But, lets understand the orientation of 2014, that first quarter. When I see January, it is this amazing maroon color, a full blend of violet and red, the Ascended masters in human clothes and the ascended earth fully ready to disperse the rarefied energy it is, to the new humans that walk upon her. As we move into February, a blue combines with this maroon, and that is the full use of the soul voice, the soul expression via the human. March, like the most vibrant yellow clay I have ever seen. Mutable. Formless.

In the work crew that has been underway, there are those working the energies of each month (which is really a frequency,) most done from the soul realm, but keeping in mind, the soul energy and the human DNA are melded… one energy. So the quantum worker that is you (what we say is our soul) has been working overtime and our biology feels it. I have seen some working all three quadrants at the same time and then the exciting new view of the 20th, those who work the energy grids.

Of course, the bigger question on all of our hearts is, what the hell does this all mean to us. The only answer that comes back is “whatever we want it to.” I had amazing moment of clarity while connecting to one of the wonderful lady’s on the field yesterday. She had said she seen her soul like a huge sky scraper and her human standing next to it and wondered how is she going to take the vast energy of that sky scraper and smoosh it into the human container. Instantly I seen her human slide inside the skyscraper… the two are one, but will function together in its own unique created way. Going back to the goodyear engorgement man thingie from the other day. We can look at the human vessel as the concentration of energy, the soul the expanded of it all. The two together create the harmonics of in breadth and out breadth as it becomes our next vibrant reality. (Dreamer and creator as one.)

I have my own little experience that happened the other day that I feel is somehow related to the above analogy/energy creation. I had somehow miraculously was able to do 6 back to back readings (first and last time ever) with clarity thru each one. That same morning the mesa version of the roto-rooter guys were here unclogging our septic system, only to find out the clog was created by tiny fibrous roots from the landscape encroaching into the main drain of the septic into the storage tank. He pulled out the roots, suctioned out the storage tank and wa-la, we have free flowing pipes again. Plus that day, I had to go to walmart for an over needed oil change and revamping of my cupboards. By the time I came home, I was just exhausted. I sat on my couch just feeling into the profoundness of the entire day….

Suddenly I felt like the human that is me was in the center of a funnel of energy, very much feeling like the center of the universe and all these strands of light were giving me wet sloppy kisses all over my face. It was the most extraordinary feeling of being loved I had felt (at least, in that way) in a long time. Then I heard the words from that which was everywhere, something like I am going to flood you with love like never before.

What a way to end the day. Yet, this is what I feel our new earth IS. Our Life encompassed on this platform of heaven on earth, love surrounding and supplying Love to All.

2 Comments to “ Our New World Powers Up!”