Organic seed market explodes, sales predicted to hit $5.4B by 2024

Organic seed market explodes, sales predicted to hit $5.4B by 2024 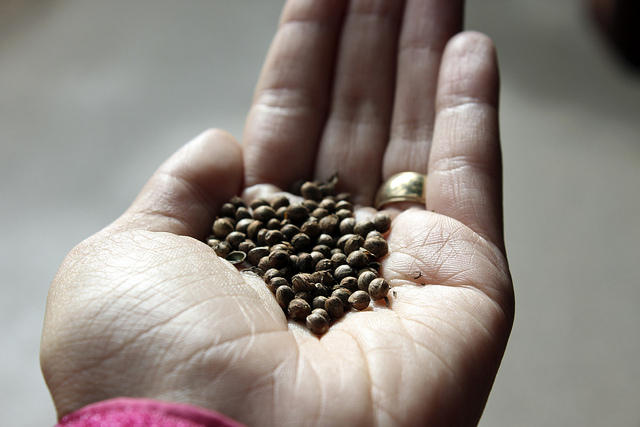 (Natural News) It wasn’t too long ago that organic food was considered to be a luxury. Its high prices made it something that only the most devout health nuts and those with deeper pockets were willing to shell out for. Now, however, organic food is quickly becoming a necessity for those who want a long and healthy life. The price difference between organic and non-organic is not as pronounced as it once was as the supply increases, and more and more people are finding the higher price tag a very small price to pay to avoid eating chemical pesticide-laden food.

A look at the current trends in the seed market illustrates this growing demand perfectly. A new report by Global Market Insights, Inc. predicts that the size of the organic seed market will reach $5.4 billion by the year 2024. Shifting consumer preferences toward natural food and increased awareness about its health benefits are pushing the demand for organic seeds to new heights.

It’s not just the health benefits that are driving people to go completely organic, however. Eschewing pesticides can help preserve agricultural biodiversity and even prevent social injustices against farmers in some countries. In addition, organic food simply tastes better. People who have eaten fruits and vegetables just as nature intended them find them to be far more flavorful than their non-organic counterparts.

The report singles out a few countries in particular as driving the growth in organic seed sales: The U.S., Germany, China, Malaysia, Indonesia and India. The organic seed market for crops in the U.S. alone was worth in excess of $460 million in 2015, while many European countries are seeing advanced farming technology and supply chain improvements that are supporting organic product growth. An increase in disposable income in some of these areas is also helping to fuel the demand.

Another factor that is helping spur this growth of organic seed sales, according to the report, is the implementation of more supportive governmental regulations that encourage farming without chemicals. For example, in the U.S., a new plan was recently unveiled that allows farmers to sell their products under the “Transitional” label while undergoing the costly and time-consuming transition to fully organic. Many have been reluctant to make the switch in the past because of the prospect of massive lost revenue during the transitional years.

When it comes to types of organic seeds, vegetables will account for more than $1.8 billion of the sales growth by 2024 thanks to their higher nutritional value, antioxidant properties and ease of digestion. Fruits and nuts are projected to grow by 13 percent during this time period, thanks in part to an increase in public and private investments in research into natural plant breeding.

This news is not surprising given the recent revelation by the Organic Trade Association that 82.3 percent of American homes had organic items in their kitchens last year, which was a 3.4 percent rise over the year before. This vast survey of more than 100,000 homes shows just how widespread the demand for healthier choices is becoming. In fact, the demand is growing so rapidly that farmers are struggling to keep up with it.

It’s not just farmers who are getting in on the act; consumers are also gravitating toward organic seeds, whether it’s organic chia seeds to sprinkle on their morning oatmeal or organic basil seeds for their home gardens. With word spreading about the World Health Organization labeling the popular pesticide glyphosate a “probable carcinogen” despite the best efforts of manufacturer Monsanto to portray the chemical in a flattering (yet false) light, people are simply unwilling to take their chances with these foods. It won’t be surprising if the 82.3 percent of households that had organic food in 2016 inches a lot closer to 100 percent as the organic seed industry’s explosive growth continues.