published on The Conservative Tree House, on June 27, 2017 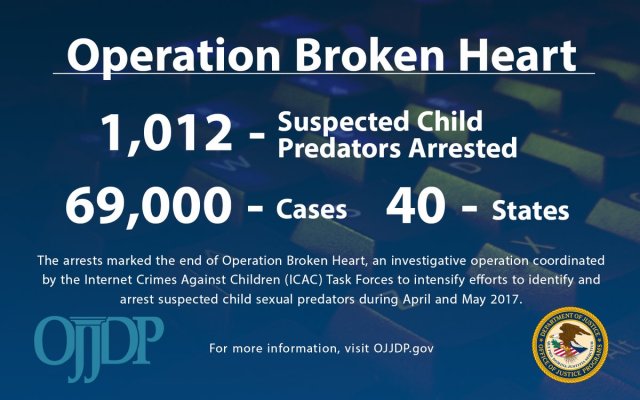 The arrests marked the end of Operation Broken Heart, a coordinated DOJ investigative operation to intensify efforts to identify and arrest suspected child sexual predators during April and May 2017.

Sixty-one units of the task force, comprised of more than 4,500 federal, state, local, and tribal law enforcement agencies participated in the operation. Over a period of two months 1,012 child sex predators were arrested. Details below: