Opening of The Portal to The New Earth Physical Reality 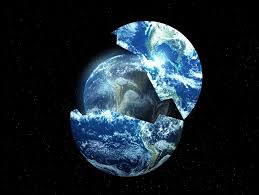 Opening of The Portal to The New Earth Physical Reality

As in human form you are born into the snow-globe you are taught only how to exist and survive within said snow-globe, as your human eyes only see to the edges of where you are at the moment physically you are not even aware that you exist within said snow-globe at a waking level as the snow-globe rim is not seen by your naked human eyes.  The UNIVERSE of 3 is raising the frequencies that flow across, through and around the Planet Earth in order to break through the density that is the outer rim of the old 3D earth created reality.  This allows for freedom of movement out with the confines of said snow-globe.

Many cannot understand what the outer waking human life experience will be like when there is no old 3d earth created reality for they cannot allow themselves to move into the expansion that they are by nature.  YOU are contained within a construct, ALL exists around this construct.  So many of you may have felt the intense push through and into expansion. It can be likened also to the birth of a baby, with intense pressure being felt just as the head births through the mother giving way to a release as the rest of the baby is born. So too will this be experienced in your human form, with the pressure building intensely to push you through the old 3d earth created reality and pushing you into expansion and growth.

At a very human waking mind level this push will bring up scenarios and emotions that have been held deep within the cellular structure of your very BEing, it is not possible to take through into the New Earth anything that you have been taught within the old 3D earth reality. So it comes to be released, many of you may be experiencing various chaos as you try to detach and “work out” what is happening. I would guide strongly to forego the need to “work it out” and to allow the flow, TRUST fully that your SOUL is working to release the residue from the old 3d Earth created reality and work to keep your frequency high and expansive.

Falling in frequency to try to “work it out” results in a holding pattern which will create more frustration, remember just because you cannot physically see movement in your outer human life experience does not mean that movement is not happening and unfolding, it simply means your human eyes cannot see any movement. Moving into your heart space will allow you to FEEL the changes and the shifts. At the moment there is a little bit of “lag” in the reflection that is then presented from the shifts to your outer waking reality, that is the shift in frequency alters your experience but the actual physical experience may not show up in your outer waking life for a few linear days. This confuses the human logical mind which has been taught “instant” within the old 3d earth created reality and EXPECTS instant.

I am about to release my latest book “EXITING THE OLD 3D EARTH REALITY” and it is available to pre-order from the main Crystalline-Sanctuary website, this book explains in clear detail that which will attempt to hold you back and prevent your expansion into the New Earth.  Working to release that which you have been taught within the old 3D earth created reality is key to entering the New Earth. The portal is now OPEN to the physical New Earth frequency realities and Planet Earth is now at a frequency that will support the manifest manifestation of heaven upon earth. This will now see the human race move into PHYSICAL manifestation of expansion and growth and birth new ways of BEing and living upon the planet in TRUTH.