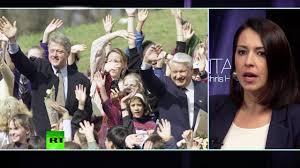 On this week’s episode of On Contact, Chris Hedges is joined by journalists Abby Martin and Ben Norton to discuss the declassified U.S. intelligence report on Russia’s alleged “influence campaign” on the U.S. presidential election. They explore the allegations and why a large portion of the report is dedicated to RT America’s programming. RT correspondent Anya Parampil details the charges made in the Office of the Director of National Intelligence report.