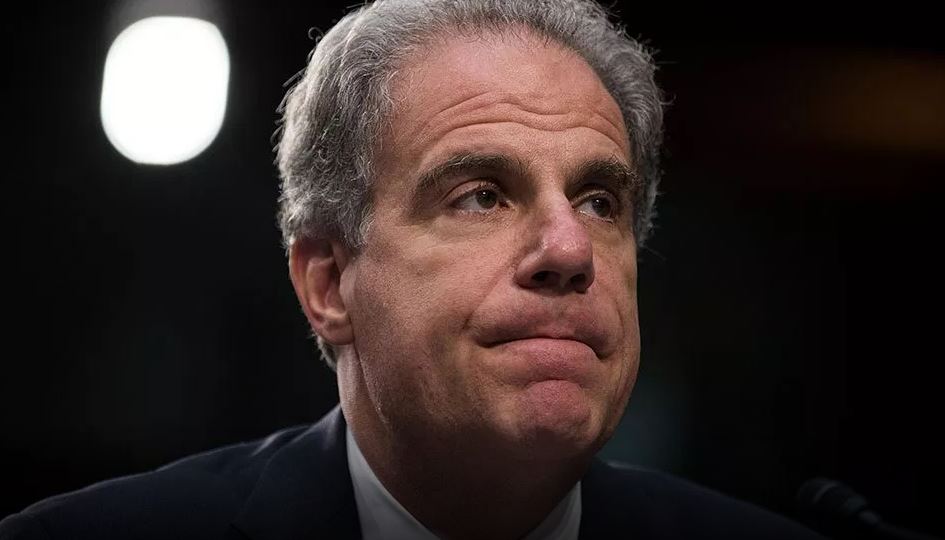 A special thank you to Jeff Carlson (Twitter: @themarketswork) who’s stellar past reporting informed much of this piece

On January 29, the Office of Inspector General for the Department of Justice released an investigative summary which implicates high-ranking members of the FBI in violations of Federal Acquisition Regulations (FAR)

The report doesn’t name who the officials are, stating that they are two current senior FBI officials, and one retired FBI official. This has left many speculating as to who these people could be, and what this investigative summary could possibly be about.

We know that the Office of Inspector General for the DOJ is currently investigating abuses of the FISA process, among other things. Specifically:

..the Office of the Inspector General (OIG) will initiate a review that will examine the Justice Department’s and the Federal Bureau of Investigation’s (FBI) compliance with legal requirements, and with applicable DOJ and FBI policies and procedures, in applications filed with the U.S. Foreign Intelligence Surveillance Court (FISC) relating to a certain U.S. person. As part of this examination, the OIG also will review information that was known to the DOJ and the FBI at the time the applications were filed from or about an alleged FBI confidential source. Additionally, the OIG will review the DOJ’s and FBI’s relationship and communications with the alleged source as they relate to the FISC applications.

If circumstances warrant, the OIG will consider including other issues that may arise during the course of the review.

If we think back to the OIG review of the Mid Year Exam, we can remember that during the course of that investigation, the IG uncovered inconsistencies during testimony from employees. This led them to also investigate Andrew McCabe for leaks to the media regarding internal FBI investigations. Horowitz released a report on that here.

I believe that is what happened in this instance as well, and with this information at hand, we can now get into what I speculate this is about, and why this is so secretive.

While confusing in its wording, using publicly available information we can deduce what this letter charges, and it is quite stunning. First, the complicated statement:

As per the Office of Management and Budget, in clarifying the FAR (Federal Acquisiton Regulations) an inherent government activity is defined as the following: “The direction and control of intelligence and counterintelligence operations” (page 66)

As Jeff Carlson reports: On April 18, 2016, Rogers shut down all outside contractor access to raw FISA information – specifically outside contractors working for the FBI. The discovery that outside contractors were accessing raw FISA data is probably the event that precipitated Rogers ordering a full compliance review (Page 84 of Court Ruling). It is revealed throughout this investigation and in a report issued in April 2017 by the FISC, that outside agencies, specifically the FBI Counterintelligence Division were routinely violating Section 702 procedure. As Jeff Carlson also reports in the detailed article referenced herein, Bill Priestap was the head of the FBI Counterintelligence Division during this time.

From Jeff’s stunning piece, the timeline looks like this:

As an aside, an interesting text message appears in the releases of the Strzok/Page texts. As the contractor queries are halted, I had found a text message sent on 4/30/16 between the two which states “And now we’ve switched from the Patriot Act to a wire carrying current” – a reference to the inability to continue to use NSA surveillance in their investigations.

Although not publicly reported to date, it has long been speculated that FusionGPS was, in fact, a government contractor. There was significant legal push back from the firm against Representative Devin Nunes on the House Intelligence Committee, which had subpoenad their bank records. After a decision on January 4, 2018, district Court Judge Richard J. Leon ruled that Fusion’s bank must turn over the financial records subpoenaed by the House Intelligence Commitee. The records were provided.  Christopher Steele was a paid contractor with FusionGPS, and also a paid confidential informant for the FBI.  Nellie Ohr was also an employee of FusionGPS working on the Trump opposition research, and was wife of high ranking DOJ official Bruce Ohr. We also learned in recent reporting about the testimony of Bruce Ohr that Nellie Ohr handed her husband a thumb drive with her research so that she could provide it to the FBI. We also know that FBI Agent Pientka, who worked closely with disgraced agent Peter Strzok, was responsible for funneling the information Steele gave to Bruce Ohr back to the counterintelligence division for Crossfire Hurricane, run by Peter Strzok and Preistap. You can read more about Ohr’s testimony in yet another bombshell piece by Carlson here.

The relationship between FusionGPS and Nellie Ohr gives us even more compelling evidence that Fusion GPS was the contractor engaging in this abuse of 702, in that the last sentence states: “Further, the OIG found that the FBI contractor failed to adhere to personal conflict of interest rules under the FAR”. The details which surround Nellie Ohr in regards to her work for Fusion, as well as providing her husband Bruce Ohr with information, represent a clear personal conflict of interest.

Who are the FBI employees?

Which high-ranking FBI officials are still employed at the FBI who were also employed during the time of the FISA abuse allegations? I have identified two based off of the information provided on the FBI website; Bill Priestap and Dana Boente.

While Priestap has announced his retirement, he has not retired yet, and he is directly involved with the “vetting” of the dossier and its use in obtaining the FISA warrant on Carter Page. We learned in the Nunes Memo that Priestap testified to congress that at the time of the warrant applications, corroboration of the Steele dossier was in its infancy. Mentioned previously in this article, as head of the counterintelligence division, Priestap was responsible for overseeing the now infamous “Crossfire Hurricane” as well as the “Crossfire FISA” and other investigations.

Dana Boente is head of the Office of General Counsel for the FBI. Many people aren’t aware that he was also the attorney who summoned Marcel Lazar (Guccifer) from a foreign prison in the midst of his sentence to come and strike a deal about the hacking of the Clinton Emails. I cover that here. Boente signed one of the FISA renewals, and although many praise him as a friend of the administration, my research has led me in opposite directions, often with much criticism.

So that leads us to who the “retired” member of the FBI could possibly be. Comey has not retired, he was fired. That removes him from this list. Originally reported here was the suggestion it could be former Deputy director Andrew McCabe, but he was fired before he could retire. There are several other possibilities, including former FBI General Counsel James Baker, who is also currently under criminal investigation for unauthorized leaks to the media.

In closing, while very cryptic, using compelling information already available, I deduce that this contractor is likely FusionGPS, and the employees and former employee listed in this summary are likely Bill Priestap, Dana Boente, and possibly James Baker.

If these assumptions are correct, what this means in terms of the danger our country is facing is worse and more destructive than previously imagined. A government contractor, being paid concurrently by our government AND the campaign of an opposing political candidate, utilized the most sensitive information available about US persons and created a false narrative to either prevent, or in the case he was elected, unseat and render ineffective, the President of the United States. Michael Horowitz seems to be getting to the bottom of this.