Official NSA Talking Points: Use 9/11 Attacks As A “Sound Bite” 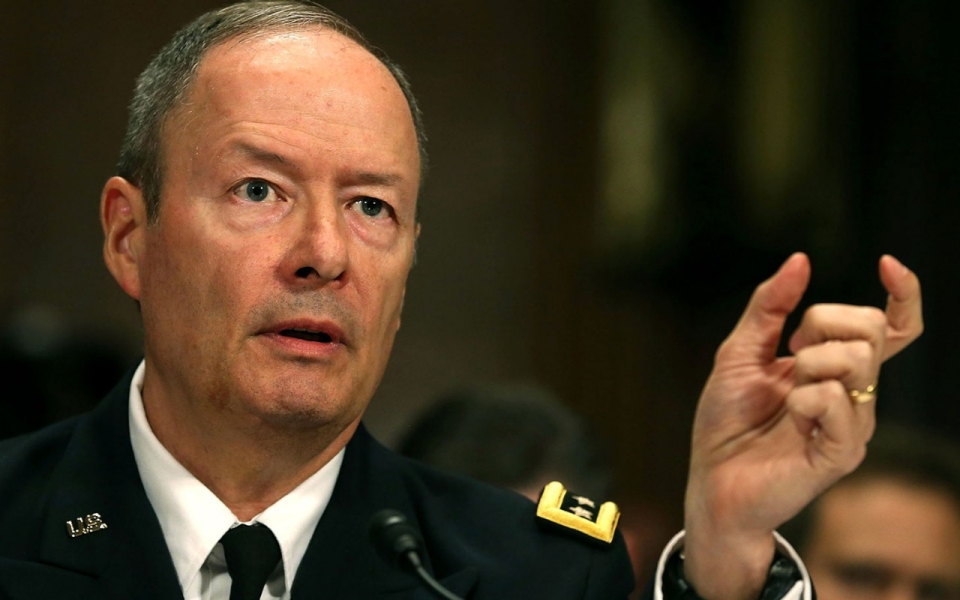 The National Security Agency advised its officials to cite the 9/11 attacks as justification for its mass surveillance activities, according to a master list of NSA talking points.

The document, obtained by Al Jazeera through a Freedom of Information Act request, contains talking points and suggested statements for NSA officials (PDF) responding to the fallout from media revelations that originated with former NSA contractor Edward Snowden.

Invoking the events of 9/11 to justify the controversial NSA programs, which have caused major diplomatic fallout around the world, was the top item on the talking points that agency officials were encouraged to use.

Under the subheading “Sound Bites That Resonate,” the document suggests the statement “I much prefer to be here today explaining these programs, than explaining another 9/11 event that we were not able to prevent.”

NSA head Gen. Keith Alexander used a slightly different version of that statement when he testified before Congress on June 18 in defense of the agency’s surveillance programs.

Asked to comment on the document, NSA media representative Vanee M. Vines pointed Al Jazeera to Alexander’s congressional testimony on Tuesday, and said the agency had no further comment. In keeping with the themes listed in the talking points, the NSA head told legislators that “it is much more important for this country that we defend this nation and take the beatings than it is to give up a program that would result in this nation being attacked.”

Critics have long noted the tendency of senior U.S. politicians and security officials to use the fear of attacks like the one that killed almost 3,000 Americans to justify policies ranging from increased defense spending to the invasion of Iraq.

Al Jazeera obtained the 27 pages of talking points from the NSA this week in response to a FOIA request filed June 13. The statements had been prepared for agency officials facing questions from Congress or the media over the revelations contained in classified documents that Snowden leaked to journalists Glenn Greenwald, Barton Gellman and others.

A letter accompanying the documents notes that the talking points “are prepared and approved for a speaker to use and do not necessarily represent what the speaker actually said at the event.”

The NSA has not yet turned over to Al Jazeera the documents the agency used to prepare the talking points, saying those materials require additional review before they can be released.

The attacks on the World Trade Center and the Pentagon also appear at the top of another talking-points document titled “Media Leaks One Card,” which contains 13 bullet points to explain the rationale behind the surveillance programs. Those points include “First responsibility is to defend the nation” and “NSA and its partners must make sure we connect the dots so that the nation is never attacked again like it was on 9/11.”

The master talking points list goes on to explain, under a subheading titled “We Needed to Connect the Dots,” that “post-9/11 we made several changes and added a number of capabilities to enable us to connect the dots.”

Continuing revelations from the Snowden documents reveal surveillance on a scale that appears to go far beyond the scope of monitoring potential attackers, however. The agency’s “head of state collection” program, for example, reportedly included the monitoring of German Chancellor Angela Merkel’s mobile phone.

The talking points document advises officials to emphasize the word “lawful” when discussing NSA surveillance programs, and to state that “our allies have benefited … just as we have.”

“We believe that over 100 nations are capable of collecting signals intelligence or operating a lawful intercept capability that enable them to monitor communications,” the document continued.

Critics have called into question the veracity of the claim that NSA surveillance has thwarted more than 50 “potential” attacks. They claim evidence to support such assertions is lacking.

NSA officials are advised to respond to questions about any potential civil liberties violations by citing talking points that say there have not been any “willful violations” and that the NSA is committed to “upholding the privacy and civil liberties of the American people.”

Official NSA Talking Points: Use 9/11 Attacks As A &quot;Sound Bite&quot;