Odd ‘cloud’ seen over the skies of Arizona, California, Mexico

Odd ‘cloud’ seen over the skies of Arizona, California, Mexico 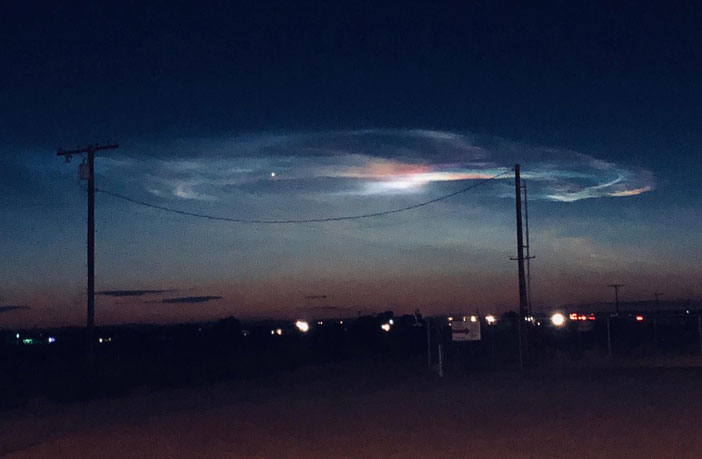 FOX 10 PHOENIX (KSAZ) – Viewers have reported seeing an odd “cloud” in the sky on Monday night, as they looked to the west.

Throughout the night, FOX 10 Phoenix has received photos and video from people in Phoenix, Yuma, as well as Coachell, Menifee and San Diego in California, showing what happened.

#BREAKING: We have been getting reports in our newsroom of something odd in the sky to the west. People are seeing it in…

FOX 10 Phoenix has reached out to the National Weather Service for an explanation on what people saw Monday night. An official said the “cloud” looks very reminiscent of rocket and missile exhaust that is high in the atmosphere, and that they have seen things before with a similar appearance that were associated with activity at the White Sand Missile Range and/or Vandenberg Air Force Base. 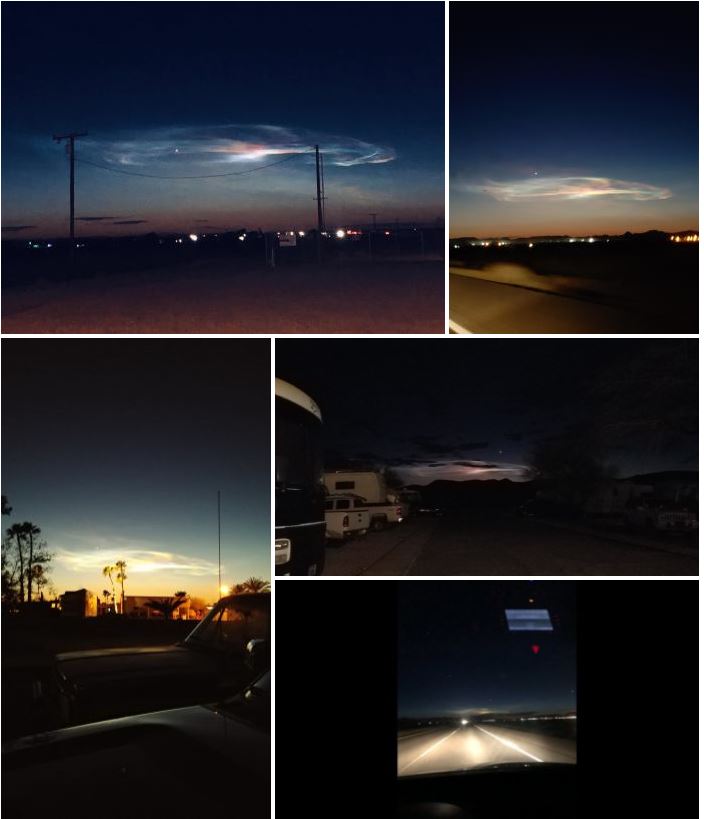 Officials with NWS, however, did not have an authoritative explanation on the exact nature of the “cloud”.

This article (Odd ‘cloud’ seen over the skies of AZ, CA, Mexico) was originally published on Fox 10 Phoenix and syndicated by The Event Chronicle. 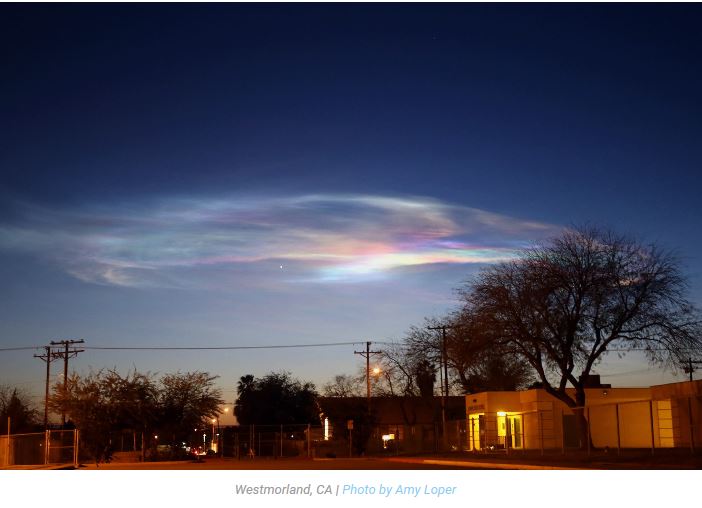 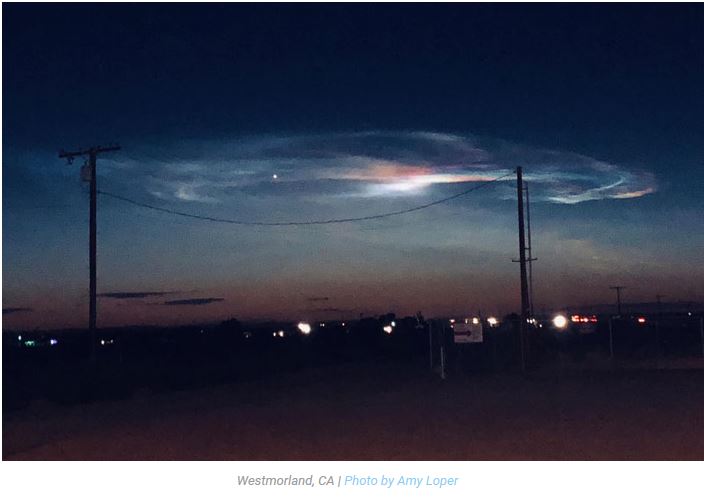 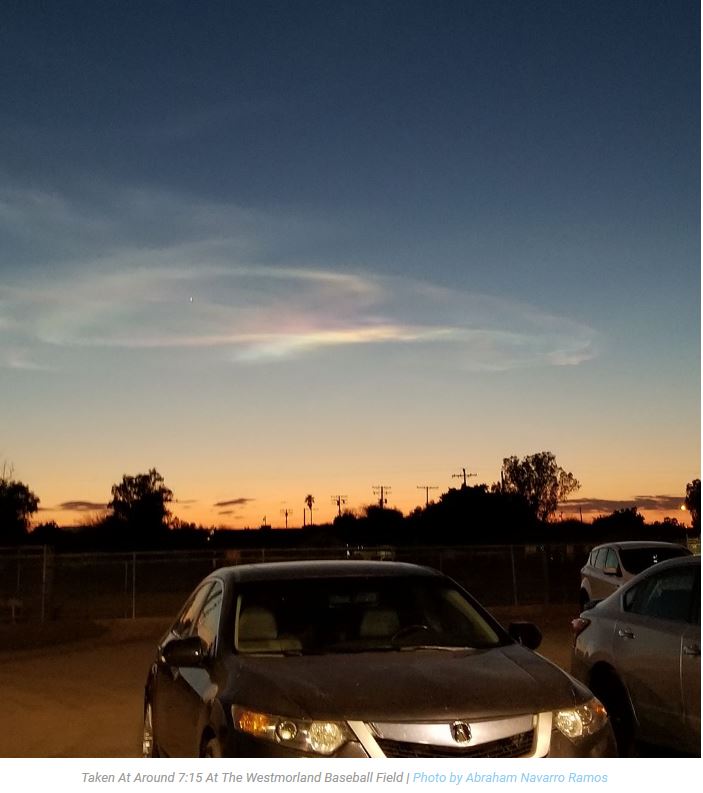 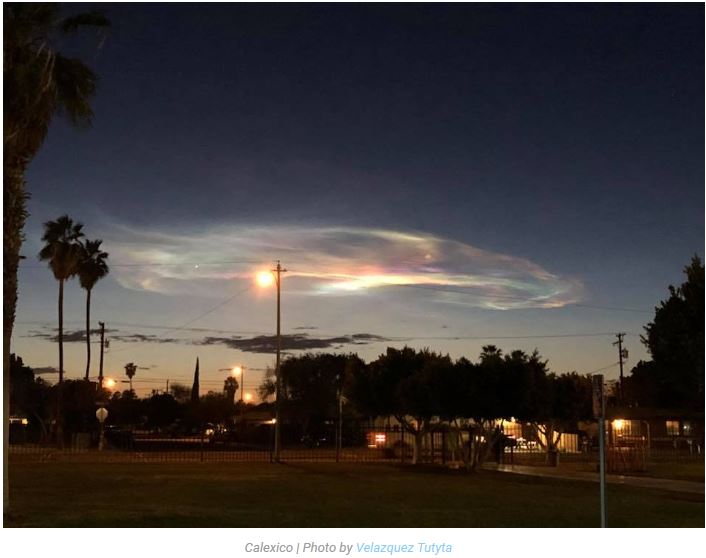 4 Comments to “ Odd ‘cloud’ seen over the skies of Arizona, California, Mexico”