Bonus: Mars will be nearby.

by Isabel Garcia, published on House Beautiful, on September 30, 2020 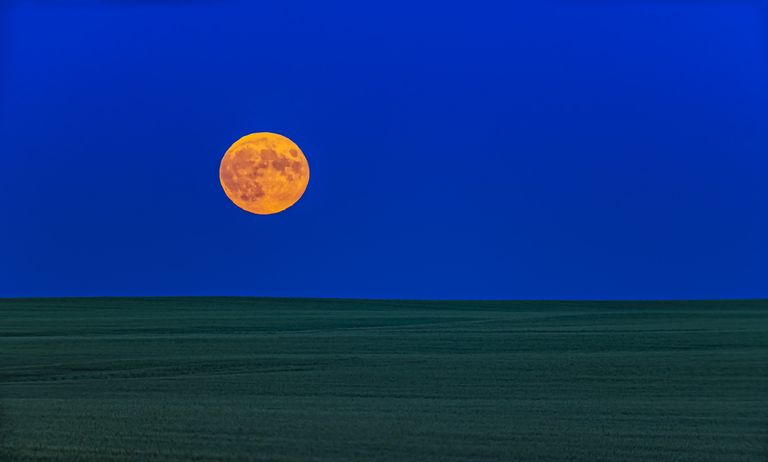 Skywatchers, get ready: There will be two full moons in October, and the first one will illuminate the sky tomorrow night. What’s more, the Full Harvest Moon is not the only celestial sight to look forward to because Mars will also be visible nearby.

Why Is It Called the Full Harvest Moon?

So where did it get its name? According to the Farmer’s Almanac, throughout the year, the moon rises an average of 50 minutes later each day, “but near the autumnal equinox, the difference is only 30 minutes.” That means there’s much more moonlight in the early evening. This natural light used to help farmers harvest their crops as the daylight hours grew shorter.

What Can Skywatchers Expect to See?

While this year’s Full Harvest Moon will be the second smallest full moon of the year, it’ll look bigger, brighter, and more orange than most full moons if you spot it shortly after the sun sets, according to EarthSky. After sunset, the Full Harvest Moon will be near the horizon, which will make it appear larger thanks to moon illusion. Basically, since you can compare it to familiar visual references (trees, mountains, etc.), it’ll look much bigger.

The Full Harvest Moon rises on Thursday, October 1, and it’ll reach peak illumination at 5:05 p.m. EDT, according to the Farmer’s Almanac. So be sure to look toward the horizon around sunset. What better way to kick off October?