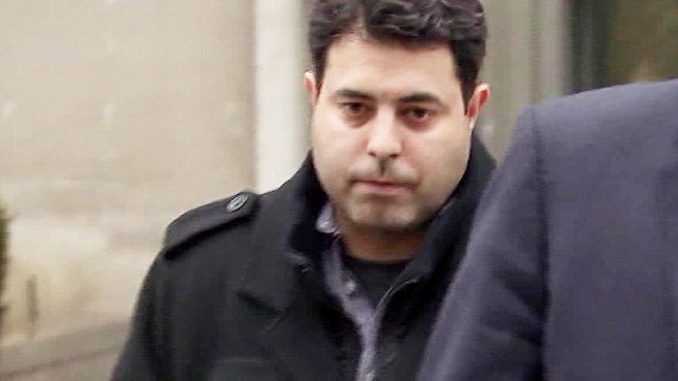 Alberto Randazzo, a former New York City Police Department boss, was sentenced to 28 years in prison for sexual exploitation of children and receipt of child pornography, as the Trump administration’s investigation into the elite pedophile ring that has infiltrated politics and law enforcement nationwide continues taking down high-profile perpetrators.

Randazzo was caught targeting mothers, persuading them to sexually abuse their children and send him pictures and videos of the acts.

“Alberto Randazzo lived a double life, publicly serving as an NYPD police officer while privately engaging in conduct to exploit the most vulnerable members of the community – our children,” stated Acting United States Attorney Rohde.  “Together with our law enforcement partners we will continue to strive to protect the most vulnerable among us.”

Special Agent-in-Charge Melendez said the days of elite pedophiles getting away with their heinous crimes because of their positions in society are officially over.

“Randazzo held a position with the sole purpose to serve and protect the people of this city. Instead, he targeted certain women, persuaded them to sexually abuse their children and had them send him pictures and videos of the acts,” said Special Agent-in-Charge Melendez.

“His behavior is no less than deplorable. It is with continued joint law enforcement efforts that we can target these types of offenders and ensure that they are punished for their heinous deeds.”

After the conviction, Police Commissioner James P. O’Neill took the opportunity to deliver a shout out to Trump’s team of elite pedophile ring busters.

“Alberto Randazzo’s exploitation of innocent children is unconscionable. I am grateful to our detectives in Internal Affairs, Homeland Security, and the U.S. Attorney’s Office in the Eastern District of New York for their work in bringing Randazzo to justice for these horrific crimes,” said O’Neill.

According to the Department of Justice: On July 12, 2016, the defendant pleaded guilty to two counts of conspiracy to sexually exploit a child and one count of receipt of child pornography.  According to court filings, from as early as 2010 through 2013, Randazzo targeted women through websites such as Ashley Madison and Match.com and persuaded them to sexually abuse children to whom they had access, so he could watch the abuse.

Randazzo was caught in February 2013, when a witness found disturbing text messages on Randazzo’s phone and uncovered emails from women sending Randazzo pictures of them molesting their children.  When the witness confronted him, Randazzo admitted his sexual interest in mothers having sex with their children.

At sentencing the government presented evidence that at least five women complied with Randazzo’s solicitations and sexually abused children in order to satisfy his sexual desires.  Randazzo’s victims ranged in age from a few months to eight years old, and he traveled out of state to watch two of them be molested in person.  Randazzo arranged to have the eight-year-old victim drugged so that he would not remember the abuse.

Three of the women Randazzo solicited have also been charged in the Eastern District of New York. Two have pleaded guilty, one of whom was sentenced to five years imprisonment, one of whom is awaiting sentencing, and another is awaiting trial.