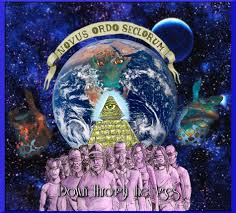 This is amazing information from Dr. Lawrence Dunegan who was invited to attend a lecture by Dr. Richard Day in 1969. Dr. Day told this room of about 80-90 doctors all about the changes they would witness in their lifetime as a result of “The Order” or as we know it now as the New World Order or Illuminati. Dr Day told the doctors that he was free to speak at this time because everything was in place and nobody could stop them now!

Recording devices were not allowed in the room and taking notes was not allowed. Luckily, Dr. Dunegan had a near photographic memory and took good notes when he got home from the lecture. The notes stayed in his desk for 20 years until he pulled them out and decided to make audio tapes of the information in 1989.

Dr Day stated that he would be in real trouble if the information he was telling them got out to the general public. Was it a coincidence that Dr. Day died the same year that Dr. Dunegan began distributing this information on audio tapes in 1989?

After the lecture was completed, Dr. Day gave a hypnotic suggestion to the entire room that they would probably forget everything they heard today but would be ready for the coming changes. When Dr. Dunegan asked some of his friends that were in the room what they thought of the lecture a few weeks later, none of them could tell them what it was about!

Here are just some of the topics covered in this video created from Dr. Dunegan’s audio tapes about the plans of the new world order.

Girls would be discouraged from playing with dolls so they wouldn’t think about babies. They would be encouraged to get out on the soccer field instead.

Guns would be eliminated almost entirely and the few that were allowed to have them for hunting would have to check them out from officials.

They already could cure over 98% of all cancers – they had the cures at the Rockefeller Institute. But they would not be released because there were too many people in the world and they had to die of something.

Homosexuality will be encouraged – anything goes.

Families will diminish in importance. People would be encouraged to live alone.

Euthanasia will be encouraged – they will use “the demise pill” to kill themselves.

Births will be strictly controlled and you could not simply have children because you wanted them.

“stupid” people would not eat correctly and exercise so they would die much earlier and that’s what they wanted.

Private doctors will be eliminated – doctors make too much money.

They will make health care so expensive that you must have insurance or be financially destroyed. Limiting access to affordable medical care will make eliminating elderly easier. They would stop hospitals from giving any charity care.

New difficult to treat and diagnose diseases will come about as a means of population control.

Running shoes and sports equipment will be made glamorous to make the “smart” people get into exercise.

Romantic music will not be put out anymore. All the old music will be brought back on certain “oldies” radio stations and the young people will have their own radio stations. Old movies will be put again for the old people.

Entertainment will be used to mainly change and program the young people. The old people are important anyway so they don’t care much about them.

Entire meals will be made and put in grocery stores. Convenience foods will be made unhealthy. They wanted people that were too lazy to fix their own meals or exercise to die early.

They would make puberty come on earlier.

Inducing heart attacks as a means of assassination.

They will blend all religions but Christianity had to go especially! Once the Roman Catholic is brought down then the rest will go next. Then they will create a new religion.

They will change the Bible over time – churches would help them!

The education system will be restructured as a tool of indoctrination. Kids will spend more time in school but won’t learn anything. Kids will have to specialize early on in their education and changing their plans will be very difficult.

ID will be required for all travel. They will implant IDs inside the skin so that nobody could say they lost their IDs.

They will control who has access to information. Some books will just disappear or be changed. They will even have thieves steal certain books from the library.

Drug use will be encouraged to encourage a “Jungle” atmosphere. Meanwhile police enforcement to put people in prison for drugs will be drastically increased.

Food will be strictly controlled and people would be not allowed to grow their own. They only would give you enough food to give you what you needed but hoarding food or growing food would be criminal activities. They didn’t want anybody to be able to support those outside their system.