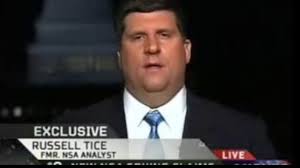 Abby Martin talks to Russell Tice, former intelligence analyst and original NSA whistleblower, about how the recent NSA scandal is only scratches the surface of a massive surveillance apparatus, citing specific targets the he saw spying orders for including former senators Hilary Clinton and Barack Obama.