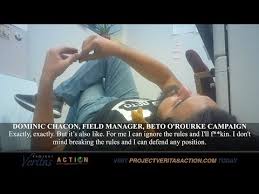 • “I just hope nobody that’s the wrong person finds out about this.”

• Transporting Aliens to “airports… bus stations,” “None of this is like sh*t there is a rulebook for”