No Longer A Conspiracy Theory: Elite Openly Paying For The Blood Of The Young

No Longer A Conspiracy Theory: Elite Openly Paying For The Blood Of The Young 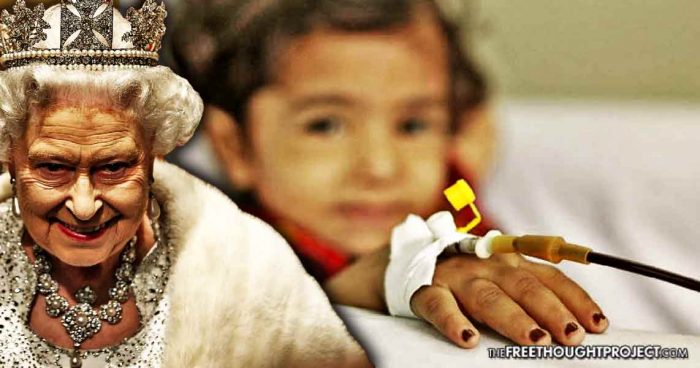 Once the talk of conspiracy theorists — the rich ingesting the blood of the young to foster longevity — is now a reality and an actual business in the United States. Not only is it a business but billionaires are actually admitting their interest in it.

“I’m looking into parabiosis stuff, which I think is really interesting. This is where they did the young blood into older mice and they found that had a massive rejuvenating effect,” Peter Thiel, the billionaire co-founder of PayPal and adviser to Donald Trump told Inc. magazine. “I think there are a lot of these things that have been strangely under-explored.”

But it’s no longer an experiment with just mice. The startup company by Jesse Karmazin, Ambrosia, is doing this with humans, and the rich are lining up to get the blood of the young.

As Vanity Fair reports, Ambrosia, which buys its blood from blood banks, now has about 100 paying customers. Some are Silicon Valley technologists, like Thiel, though Karmazin stressed that tech types aren’t Ambrosia’s only clients and that anyone over 35 is eligible for its transfusions.

As The Free Thought Project reported in January, a study published in Science and Nature Medicine revealed that transfusing young mouse blood into old mice can actually prevent the symptoms of aging. This groundbreaking discovery could lead to medical breakthroughs and the development of new medicines. However, a report from the Vice health news outlet Tonic has pointed out far more sinister applications for this knowledge. 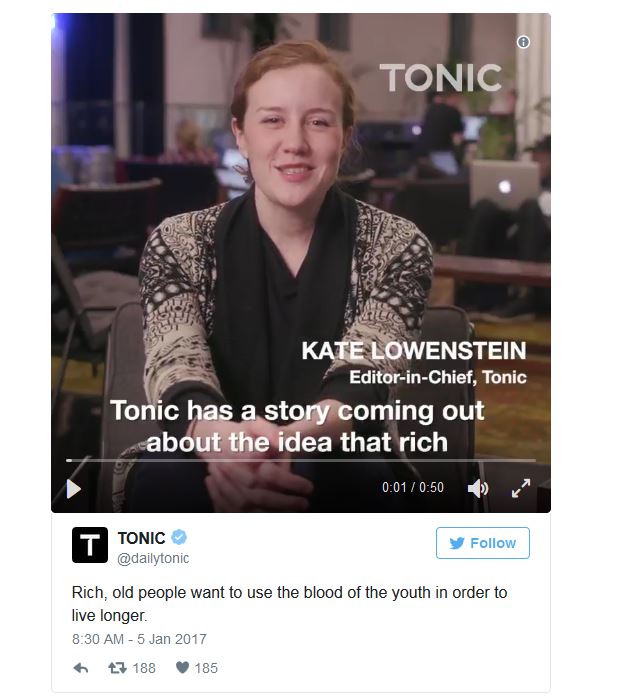 It was suggested in the report that aging elites are using the blood of young people as a type of youth serum. Now, we know that they actually are using it.

A similar claim was made by journalist Jeff Bercovici last year, after he conducted several interviews with Silicon Valley aristocrats including Peter Thiel, and learned about this transfusion procedure called “parabiosis,” where the blood of young people is used to prevent aging.

“There are widespread rumors in Silicon Valley, where life-extension science is a popular obsession, that various wealthy individuals from the tech world have already begun practicing parabiosis, spending tens of thousands of dollars for the procedures and young-person-blood, and repeating the exercise several times a year,” Bercovici reported.

In his article, Bercovici also expressed concerns about a developing black market for young people’s blood.

While there is certainly nothing wrong with willing young adults selling their blood to the elite, the underlying theme of this practice has strong roots in the occult.

It is only in the past few hundred years that the practice of cannibalism among royals has not been publicized. In Europe, around the time of the American Revolution “corpse medicine” was very popular among the ruling class, Charles II even brewed his own.

Dr Richard Sugg of Durham University has conducted extensive research into the practice of corpse medicine among the royalty.

“The human body has been widely used as a therapeutic agent with the most popular treatments involving flesh, bone or blood. Cannibalism was found not only in the New World, as often believed, but also in Europe,” Sugg said.

“One thing we are rarely taught at school yet is evidenced in literary and historic texts of the time is this: James I refused corpse medicine; Charles II made his own corpse medicine; and Charles I was made into corpse medicine. Along with Charles II, eminent users or prescribers included Francis I, Elizabeth I’s surgeon John Banister, Elizabeth Grey, Countess of Kent, Robert Boyle, Thomas Willis, William III, and Queen Mary,” he added.

If this wasn’t strange enough, the current royal family of England claims to be direct descendants of Prince Vlad III Dracula of Wallachia (modern Romania). This was the sick and depraved ruler, Vlad the Impaler, who was known as a butcher and who eventually became the inspiration for the most famous vampire stories in history.

Aside from the gruesome historical and occult background of such practices, there is a lack of data that suggests the process even works. Despite Karmazin’s claims that “young blood is causing changes that appear to make the aging process reverse,” scientists have yet to identify a link between blood transfusions from the young and any tangible health benefits.

“There’s just no clinical evidence [that the treatment will be beneficial], and you’re basically abusing people‘s trust and the public excitement around this,” Stanford University neuroscientist, Tony Wyss-Coray, who conducted a 2014 study of young blood plasma in mice, told Science magazine last summer, as reported by Vanity Fair.