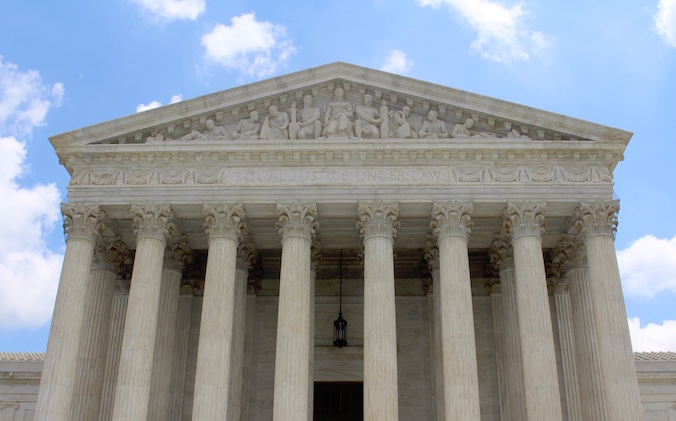 Saleh alleges that former Bush Administration leaders committed the crime of aggression when they planned and executed the Iraq War, a war crime that was called the “supreme international crime” at the Nuremberg Trials in 1946.

Saleh is appealing the immunity provided to the Defendants by the district court in December 2014.

“We are pleased that the Ninth Circuit will hear argument. To my knowledge, this is the first time a court will entertain arguments that the Iraq War was illegal under domestic and international law,” Saleh’s attorney D. Inder Comar, legal director at Comar LLP, said. “This is also the first time since World War II that a court is being asked to scrutinize whether the war itself was an illegal act of aggression — a special war crime that was defined at the Nuremberg Trials in 1946.” Comar is handling Saleh’s case pro bono.

Assuming the oral argument takes place, the argument will be live streamed and recorded on the  Ninth Circuit’s YouTube channel, permitting members of the public to watch the argument. The Court’s calendar commences at 9:00 a.m. Pacific Time on December 12th; the case will likely be heard later in the morning, as it is last on the Court’s calendar. 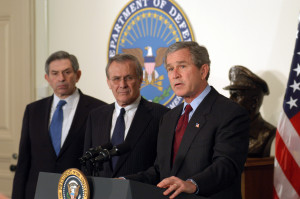 In December 2014, the district court dismissed Saleh’s lawsuit, holding that the defendants were immune from further proceedings because of the federal Westfall Act of 1988 (28 U.S.C. § 2679). The Westfall Act immunizes  former federal officials in civil lawsuits if a court determines that the official was acting pursuant to the legitimate scope of his or her employment.

Saleh disputes the immunity, arguing that the planning and waging of a war of aggression against Iraq fell outside the legitimate scope of employment of former President Bush and the other defendan