Newly-evolved microbes may be consuming plastic waste in the ocean

Newly-evolved microbes may be consuming plastic waste in the ocean

by Bridgette Wilcox, published on Natural News, on June 05, 2017 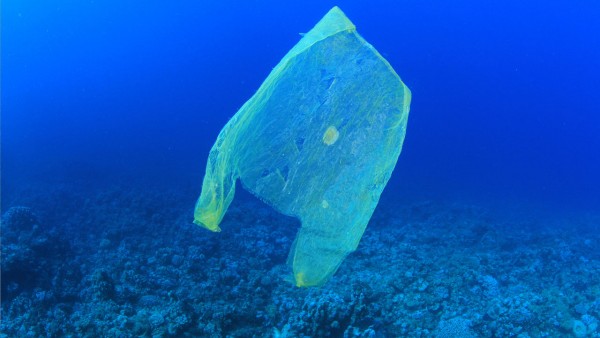 (Natural News) While scientists, environmentalists, and world leaders scramble to mitigate the effects of plastic pollution, mother nature has solved the problem herself through evolution. In investigating the amount of plastic in the oceans, scientists found that plastic-eating microbes may be helping lessen and prevent the increase of waste in the water, according to a report on NewScientist.com.

Scientists were prompted to investigate this phenomenon after observing that there was less plastic in the ocean than expected, considering the rate at which it is being dumped into the water. One truckload of plastic waste is emptied into the ocean every minute, though scientists found that only a fraction of that amount — one hundredth, to be specific — has actually accumulated in the ocean.

Researchers, led by Ricard Sole at the Universitat Pompeu Fabra in Barcelona, surveyed the North Atlantic gyre in the Atlantic Ocean. This area is vulnerable to accumulating waste due to the strong ocean currents surrounding it, creating vortexes that trap plastic when it is carried into the area. Despite this vulnerability, the amount of plastic found in the area was a tenth to a hundredth less than expected. Moreover, the amount of plastic did not seem to be increasing. The researchers suggested that the discrepancy could be explained by an increase in the population of newly-evolved microbes that are able to biodegrade plastic.

Other scientists are exploring other theories that could account for the disparity. Some, including Linda Amaral-Zettler from the Netherlands Institute for Sea Research, believe it is more likely that microbial colonies growing on plastic pieces could weigh the plastic down and cause them to sink to the seafloor. Either that, or they break into pieces too small to be caught in the nets of research vessels, are swallowed by living organisms, or brought by currents to other areas.

Whatever it is that is causing the disappearance of plastic, experts are quick to warn that it is not necessarily a reason to rejoice. Even with biodegradation, the harmful chemicals in plastic could be released and re-enter the food chain. Amaral-Zettler stressed that reducing plastic waste and keeping it from the ocean is still crucial to dealing with the problem of plastic pollution.

The relationship of microbes and plastics has long been an area of interest for scientists, who have discovered that microbes including bacteria, algae, and other single-celled organisms tend to colonize even the smallest pieces of plastic in the water, creating a layer of life called a “plastisphere” on the surface of the synthetic waste. Plastic pieces found in the ocean were found by scientists to carry entire ecosystems on their surface, an article published on the Smithsonian Institute‘s ocean portal said. These ecosystems come complete with primary producers, grazers, predators, and decomposers, not at all different from the communities that thrive in coral reefs.

Amaral-Zettler’s research has found that a piece of plastic as small as five millimeters across could carry a highly diverse population of up to 1,000 different kinds of microbes. Some of them are not normally found in the open ocean, and only survive because they become attached to the plastic. These microbes that exist in plastics could be carried through long distances, potentially invading native microbial populations and affecting the larger organisms that feed or depend on them.

The effects of these plastispheres on the delicate marine ecosystem remain to be seen, though it may take years before any conclusions are found. Follow more headlines about emerging trends in science at FutureScienceNews.com.