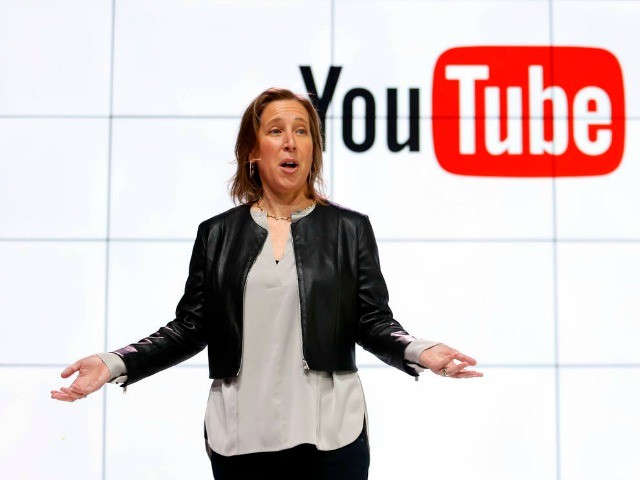 Google-owned YouTube manually adjusted search results for “Federal Reserve” after MSNBC host Chris Hayes complained about the prominence of anti-Fed videos in the top results, according to a source who worked at the tech company.

Google allegedly added the search term “Federal Reserve” to a “blacklist” file of “controversial” YouTube search queries. This caused search results for the term to be re-ranked to favor YouTube-approved mainstream media sources.

Breitbart News exclusively reported on the existence of the YouTube search blacklist in January and revealed that the term “abortion” had been added to it.

According to the same source who provided Breitbart with that information, the term “Federal Reserve” has also been on the blacklist since October of last year – and it’s all because someone at Google read a series of Chris Hayes tweets.

On October 2018, Hayes took to Twitter to criticize YouTube’s search results for featuring videos he disagreed with at the top of its search results.

“My favorite example of how informationally toxic YouTube’s algorithm is this” said Hayes. “Imagine you’re a high school freshman and got a school assignment about the Federal Reserve.”

Hayes singled out an anti-Fed video with over 1.6 million views, entitled “Century of Enslavement.”

He also highlighted a video from the John Birch Society, a paleoconservative and anti-communist group whose work has been praised by former congressman Ron Paul, which appeared in the sidebar of “Century of Enslavement.”

According to a Google source, Hayes’ tweets set in motion a series of events inside Google that would result in the company drastically adjusting its YouTube search results for the term “Federal Reserve.”

According to the source, an employee at the company drew attention to Hayes’ tweets a day after the MSNBC host posted them.

On the same day, the source says Google’s “youtube_controversial_query_blacklist” file was edited to include the term “Federal Reserve.”

Web archives from 2017 show that prior to Hayes’ complaint, “Century of Enslavement” was indeed the top item on the search result. So was a 3-minute anti-fed video with over 800,000 views, and a 30-minute animation from an anarcho-capitalist channel outlining their issues with the Federal Reserve.

The previous search results weren’t exclusively anti-Fed – the top 5 results included a New York Times news item about the Fed, and the top 15 results included a neutral explainer from Crash Course Economics. Regardless, according to the source, Google saw fit to change the results.

Breitbart News previously reported on Google’s decision to add the terms “abortion” and “abortions” to the same YouTube search blacklist. That decision caused pro-life content to be downranked in favor of pro-abortion videos from the far-left and establishment media. Then, as now, the alleged manual change to search results came shortly after a complaint by a left-wing journalist.

A similar effect can be seen on the “federal reserve” results. Previously featuring a balanced mix of anti-Fed and neutral content, the top ten search results are now dominated by “verified” channels that have been approved by YouTube.

General critiques of the Federal Reserve system are nowhere to be found in the new top ten results.

In contrast to Google’s public statements to the contrary, this and other stories show that the company does manually intervene in search results, particularly in search results related to politically charged topics.

In a comment, a YouTube spokesman said the company is merely trying to contain “conspiracy theories” and promote “authoritative content of all political viewpoints” on the platform.

We’ve been very public that for a wide range of news and information queries, we have algorithms that are designed to surface authoritative content of all political viewpoints. This helps prevent spam and conspiracy theories from surfacing prominently on our site.
Are you a source at YouTube, Google, Facebook, Amazon, or any other corporation who wants to confidentially share information about wrongdoing or political bias at your company? Reach out to Breitbart Senior Technology correspondent Allum Bokhari at allumbokhari@protonmail.com. Use a free Protonmail to ensure your message is encrypted.