By Brandon Turbeville, published on Natural Blaze, on June 9, 2017 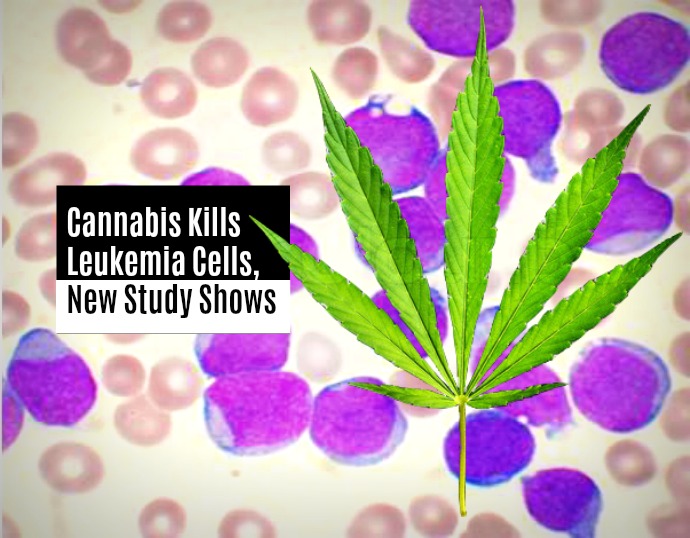 Cannabis has long been known as having the ability to kill cancer, but the new revelation regarding leukemia is important because the disease is a cancer of bone marrow and other blood forming organs.

The study which was led by Dr. Wailiu at St. George’s University of London in the UK. The team studied cancer cells and tested a variety of combinations of chemotherapy drugs and cannabinoids in order to find the most effective grouping.

The test was designed to discover not only the effect of cannabinoids on leukemia, but whether or not the order that the chemicals were given would result in any difference of results or success rates.

What they found was that cannabidiol and THC killed leukemia cells when they were used alone. Even more so when used together, their potency was significantly improved.

The study showed that a dose of chemotherapy which was followed by cannabinoids improved the results against the leukemia cells.

Using chemotherapy and cannabinoids gave better results than chemotherapy alone or than the combination of cannabidiol and THC. But the increased positive results were only seen if chemotherapy was given first before the cannabinoids. Thus, the researchers found that the order in which the chemicals were administered did have an effect on the overall outcome.

Dr. Liu says the focus is now on establishing “the best ways that they should be used to maximize a therapeutic effect.”

She also made a point to note that “these extracts are highly concentrated and purified, so smoking marijuana will not have a similar effect.”

. Turbeville has published over 1,000 articles dealing on a wide variety of subjects including health, economics, government corruption, and civil liberties. Brandon Turbeville’s podcast Truth on The Tracks can be found every Monday night 9 pm EST at UCYTV. He is available for radio and TV interviews. Please contact activistpost (at) gmail.com.