New Linda Moulton Howe Something HUGE Has Been Discovered in Antarctica 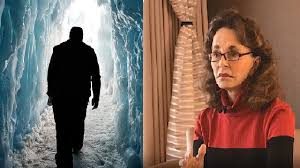 New Linda Moulton Howe Something HUGE Has Been Discovered in Antarctica

Underground in Antarctica they have found doors up-to 18 feet thick, made of rock hard basalt. Even though they weigh many tonnes they can open with just the touch of a finger. On the back of these doors are the symbol of the black sun. The interior was heated to around 68-72 degrees Fahrenheit (20-22 Celsius), and was also lighted by a lime green source projected from the ceiling and floor. He did not see any heating or lighting equipment, which added to the mystery of the buried structure. Only part of the structure has been uncovered so far by the archaeological teams, with the rest buried under the ice and extending far below.