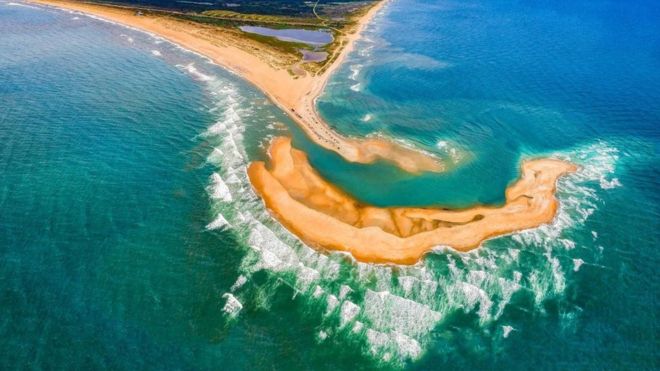 A new island has formed off the coast of North Carolina’s Cape Hatteras National Seashore.

The isle is a mile long (1.6km), depending on tides and weather, and separated from the mainland by a (330ft) 100 metre wide channel.

It was first spotted by locals as a “bump” above the water in April, according to the Island Free Press.

Photos taken by a Connecticut tourist have gone viral on Instagram, leading to a boost in curious visitors.

Photographer Chad Koczera described encountering the island during his visit to Cape Point.

“My fiancee and I were driving to the point after a storm to collect shells when we spotted an area we couldn’t get to by car,” he said. 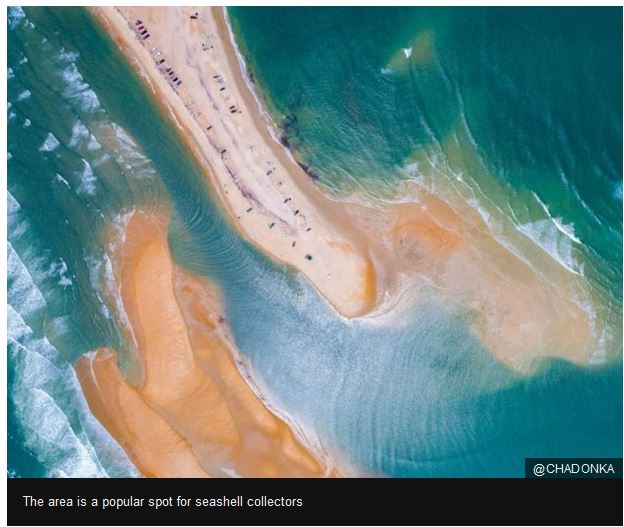 He described returning for his fifth time to the park, and to visit Cape Point where he had proposed marriage to his then-girlfriend.

“I sent the drone up to check it out and noticed this beautiful island. We didn’t get a chance to make it on to the island because of the strong current.”

The island is littered with old shipwrecks and whale bones that poke through its sands, says local historian Danny Couch.

Experts say the shores of the Outer Banks are constantly shifting, as sandbars rise above or sink back below the water.

Park superintendent Dave Hallac has cautioned visitors against trying to swim or walk across the channel to reach the island.

Currents can swiftly carry away a person, while sharks and sting rays have been spotted in the area.

Visitors are advised to use a kayak or paddleboard to reach Hatteras Island, as it’s been dubbed.