NEW EARTH HUMANITY CODES: 2222 – Higher HUmanity: “The Rift” Has Been Sealed Through this recent Stargate Harmonizing Alignment NOW Completed, Integrated and Anchored in

NEW EARTH HUMANITY CODES: 2222 – Higher HUmanity: “The Rift” Has Been Sealed Through this recent Stargate Harmonizing Alignment NOW Completed, Integrated and Anchored in

by Lisa Transcendence Brown, published on Awakening to Remembering, on March 5, 2018 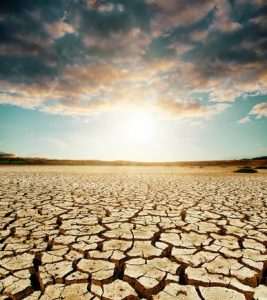 For those who are unaware, January 1st we activated SOURCE CODES: 2222, which are Higher (Consciousness) HUmanity Codes, for each to activate, integrate and embody here. These codes, part of my “purpose/role” as a Gatekeeper and Guardian of Our NEW Earth and Higher HUmanity too, is to access, integrate, embody and deliver these codes to each ready to do this too.

The 2222 Code is POWERFUL, and has infinite aspects to it. I’ve been sharing some of the previous ones up until now, which still stand available to each, as well as this next “increment”, that’s now fully anchored into our BE-LOVED Gaia, Universally and Galactically too, through a “Marriage/Union” with a recent StarGate Opening and “closure” that has now occurred. This one is different, than most I’ve observed and integrated, as this is the first time I’ve observed a “Rift being SEALED”. [Golden Seal] I will explain a bit further, as this entire sharing is Light Encoded for each to absorb/hold for their own evolutionary and transitional journey here.

This SEALing is a “healing” (for human aspects/humanity), a whole’ing, a merging, a marrying, a union off aspects, energies, existences, universes/planets/galaxies/Gaia, collectives and individually too. This StarGate Closing is the conclusion of an era of Earthly/Cosmic separation for all who are ready, to dissolve, resolve and clear their own REJECTING/REJECTION of their own higher self/lower self/universal self/God Source Selves/Angelic Selves/Galactic Selves, Unconscious with Conscious selves, which is avoided through unconscious programming that each may still hold within. This dis”own”ing allows each to now OWN all fully, assists with full acceptance of each’s own selves easier, through the release of any unresolved beliefs, emotions and stories once held, which created/held judgment separation by way of guilt, shame, hiding, blame, animosity, disdain and in-difference within as well.

Where each was holding this, this becomes a projection out, which creates the physical reality to respond accordingly for each to experience in order to see. There was great separation through wars and battles, which play out within each until Purity Love Consciousness and Unity can emerge fully from within.

For the human aspect, there is great hurt and pain, where humanity turned against itself. For the higher realms observing, this observation was unacceptable behavior as well, because of the awareness of how all is affected, yet by each holding these codes within, each’s template can now integrate these to hold HIGHER HUMANITY WITHIN, which correlates to transmitting a much higher vibrational transmission for a NEW HUMANITY to emerge and become visible externally, because EACH is HOLDING THIS VIBRATION themselves. The KEY (KeyCode) to our NEW HUmanity is within each (codons), which are activated/turned-on as each is ready to become an integral part of evolving HUmanity, assisting HUmanity and shape-shifting HUmanity through their own Purity Love Consciousness here.

The rift between Heaven and Earth is unified with the implementation of these codes. For all who are here to anchor Heaven on Earth, this is for you, as well as everyone too.

As an Angelic Warrior (Gargoyle Energy), a “Protector” of HUmanity, clearing the betrayal of humanity, we are here to “deliver” (awaken) humanity from itself. Through the integration of these codes by each, this is possible now. The separation being severed, the wars, the fights, the battles dissolve as each stops fighting themselves, condemning themselves, disowning themselves, trying to “kill” themselves, hating/hurting themselves by dis-claiming unresolved aspects of themselves, by holding these aspects out separately and instead merging/integrating each through acceptance, love and appreciation, respect and immense sacred re-connection and Divine Union of Each from within.

Through the activation of these Light Codes and conscious choosing to integrate/unify/hold these within, this can be accomplished as all are ready to open up, release and receive. Through Holding Love for HUmanity with every cell, each’s reality will begin to shift, each’s perceptions, each’s energy, each’s separation will dissolve for NEW LOVE to emerge from within.

These HUmanity Codes deliver humanity, awaken humanity and cleanse humanity of all previous unconscious actions, as each is ready to take full responsibility for every action from this point forth, as each is truly ready to step-up and fulfill their own highest purposes/missions/roles here on our Multi-Dimensional Earth. Let all the old go…. you don’t need it. Stop claiming it, holding onto it and making it your current reality here. Focus from within this moment right here. This is the one you are now creating your entire experience from, right now. This now… this is how you make a difference. In every moment… your vibration, your energy, your beliefs, your mentalities, your actions and what you invest/support with your own energy for you to experience here.

I love you. This sharing is your activation and acceleration codes. All you have to do is read/absorb and repeat, until you feel it and live it as your way of being here. Share with others ready too. This completion now means that each can accomplish this within themselves. No one waits for collectives anymore. You “change” collectives as you shift/embody/change Earths yourself. This is Our NEW (Earth) HUmanity now. ♥

p.s. Embodiment = Full Divine Union of all aspects within self
Gargoyle Energy: Guardians of HUmanity (Protector of humanity from itself). I will be sharing more to assist those who are ready to activate and step into these roles as well.

1 Comment to “ NEW EARTH HUMANITY CODES: 2222 – Higher HUmanity: “The Rift” Has Been Sealed Through this recent Stargate Harmonizing Alignment NOW Completed, Integrated and Anchored in”