Neutrality — The Gateway To Transcend The Matrix

Neutrality — The Gateway To Transcend The Matrix

By Arno Pienaar, published on Dream Catcher Reality, on November 27, 2015 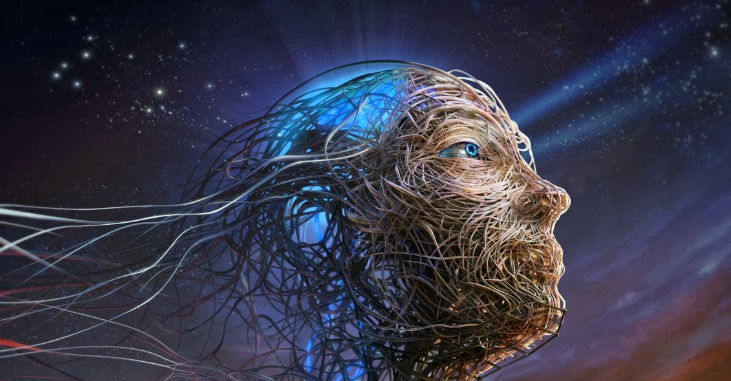 Neutrality is the gateway to transcend this matrix-reality together with all the distractions it constantly poses everyday, tempting us to choose a side.

On a continuous basis we are confronted by occurrences in our lives and events orchestrated inside the primary hologram that tempts us to make the choice — good or bad, positive or negative.

The digital hologram is powered by souls (consciousness) and the reactions biased on the extremes of polarities are all that it takes to control the direction in which global equanimity marches.

Once any judgement (an automatic function of the mind) is passed, the choice, either positive or negative, is agreed upon, and the energy is being brokered from the mind in two forms: resistance when negative, and assistance when positive.

For example, whether you are outraged of the extent that the “West” is going to in order to promote war with a shadow force or whether you believe your government is protecting you (even handing them your rights), both means have the same ends in the establishment of the matrix, which is manifested by the attention from consciousness.

The ONLY intent is to get our attention and then the train starts moving forward.

It is not so much attention that is the problem, but intended attention. When you view an occurrence with a positive or negative attitude, there is an unconscious end you would like to see unfold or force out of the obstruction posed in the reality.

Note that the obstruct is there to obscure the reality through our reaction in the first place. Our hand in the collective future is highly underestimated in this reality that we are co-operating in.

I will go as far as saying that we are in the construct of the future already and we are now only being steered like sheep in order to materialize an expired alien reality.

The architect is not in control of his creation anymore and his last hope is to deceive us to control it for him towards his desired end. The end days are well in motion at the moment, thus we are seeing more carnage than ever around the world.

All this havoc is not a co-incidence. This is the last act of desperation for the Luciferian serving elite; it is do or die for the creator of the matrix.

Things may get worse around the world in the coming weeks, but it is calming to know that the storm is always the worst right before the end.

In quantum physics it has already been proven how the intent of the observer affects the end result of an experiment that could swing both ways, accordingly. In a reality that is made of energy, it is time that we become more adept at how and on what we direct our projections.

Nullifying all diametric oppositions in your consciousness and attaining the ultimate unmoved state of neutrality (soul-center) in the face of any obstruct that the reality poses is the answer to the end of the matrix itself. From this state on, there shouldn’t be any more energizing the unwanted.

Oppositions include Justice and Injustice, Right and wrong, Good and Bad, Positive and Negative, Red Tablet and Blue Tablet, dichotomies, polarities, paradoxes and agreements/no agreements, Pass and Fail, Greater than and Lessor than, Mortal and Immortal, Death and Life!,Uppers and Downers, Rich and Poor, Health and Sickness, etc..

Media in Conjunction with HAARP

Media is not merely a tool used to spread disinformation and support governmental agendas, it goes deeper than that. Media is used to manage the digital holographic reality that we find ourselves in.

Due to its far and wide broadcasting range into the sight of billions, global mind-control and hologram management becomes easier than you think.

Governments and armies have always needed justifiable permission before proceeding to the murdering of innocent people in order to achieve their own hidden goals.

In conjunction with HAARP technology, mankind is being blasted with mood-altering frequencies in order to fuel even further the outrage felt by us in response to events such as the recent Paris attacks.

It seems that the odds are stacked, but it must be remembered that none of this can touch a soul-centered, neutral individual.

Neutrality can be sufficiently described with four words “I just don’t care” — no emotions, no thinking, only observing the events with absolutely no reaction whatsoever.

This is easier said than done as most of us are programmed to react in certain ways to certain situations. It is embedded within the cellular memory that was constructed during your upbringing.

How would you feel at a restaurant if someone walked up to you and put his/her hand into your food? Chances are you would react instantaneously with negativity, before even starting to think about the event. We have been programmed to react with a spark of the emotions before even contemplating a situation in dept.

This is called “programmed reaction” and we need to rise above this to the point that we cannot react anymore unless we give ourselves the permission to do so.

Attaining the state of non-reaction and non-resistance is so incredibly liberating in terms of the experienced harmony, that one will not give oneself the permission to react to anything ever again.

In the now acceptance is a pre-requisite, and in that acceptance lies the power to work miracles, solve any problem!

Are apathy and neutrality the same thing?

In one way yes, as you don’t take on the plight of the world or anybody inside it and put it onto your own shoulders, but on the other hand, you also won’t allow another being to suffer if you could do something about it.

I leave you with a segment which is tremendously eye-opening to the power within non-resistance from the book A new Earth, by Eckart Tolle.

The Zen Master Hakuin lived in a town in Japan. He was held in high regard and many people came to him for spiritual teaching.

Then it happened that the teenage daughter of his next-door neighbor became pregnant. When being questioned by her angry and scolding parents as to the identity of the father, she finally told them that he was Hakuin, the Zen master.

In great anger the parents rushed over to Hakuin and told him with much shouting and accusing that their daughter had confessed that he was the father.

News of the scandal spread throughout the town and beyond. The Master lost his reputation. This did not trouble him. Nobody came to see him anymore. He remained unmoved.

When the child was born, the parents brought the baby to Hakuin,

“You are the father, so look after him.”

The Master took loving care of the child.

A year later, the mother remorsefully confessed to her parents that the real father of the child was the young man who worked at the butcher shop. In great distress they went to see Hakuin to apologize and ask for forgiveness.

“We are really sorry. We have come to take the baby back. Our daughter confessed that you are not the father.”

“Is that so?” is all he would say as he handed the baby over to them.

The Master responds to falsehood and truth, bad news and good news, in exactly the same way:

“He allows the form of the moment, good or bad, to be as it is and so does not become a participant in human drama.”

“Events are not personalized. He is nobody’s victim. He is so completely at one with what happens that what happens has no power over him anymore.”

“Only if you resist what happens are you at the mercy of what happens, and the world will determine your happiness and unhappiness.”

“The baby is looked after with loving care. Bad turns into good through the power of nonresistance. Always responding to what the present moment requires, he lets go of the baby when it is time to do so.” — Reference (Tolle’s book, A New Earth, is available on Amazon).

1 Comment to “ Neutrality — The Gateway To Transcend The Matrix”