Neanderthals were capable of making art

Neanderthals were capable of making art 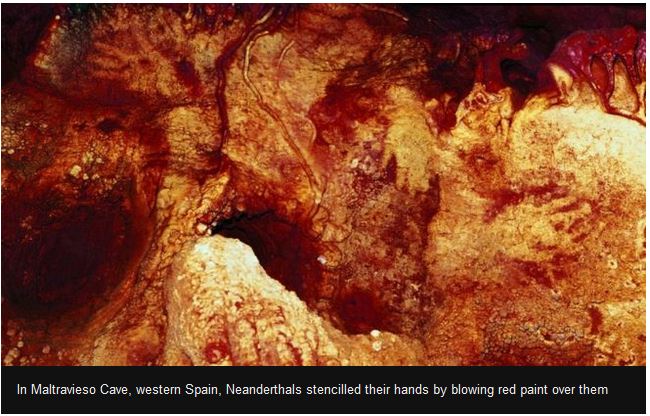 Contrary to the traditional view of them as brutes, it turns out that Neanderthals were artists.

A study in Science journal suggests they made cave drawings in Spain that pre-date the arrival of modern humans in Europe by 20,000 years.

They also appear to have used painted sea shells as jewellery.

Art was previously thought to be a behaviour unique to our species (Homo sapiens) and far beyond our evolutionary cousins.

They occupy three sites at La Pasiega, Maltravieso and Ardales – situated up to 700km apart in different parts of Spain.

The researchers used a technique called uranium-thorium dating to obtain accurate ages. It relies on measuring the radioactive decay of uranium that gets incorporated into mineral crusts forming over the paintings.

The results gave a minimum age of 65,000 years ago for the cave art. Modern humans only arrived in Europe roughly 45,000 years ago.

This suggests that the Palaeolithic artwork must have been made by Neanderthals, a “sister” species to Homo sapiens, and Europe’s sole human inhabitants at the time. But, so far, the researchers have found only abstract expressions of art by Neanderthals. 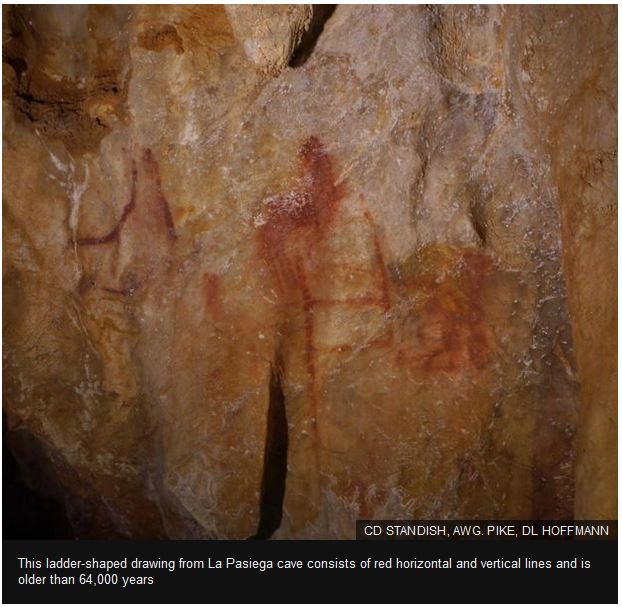 Prof Alistair Pike, from the University of Southampton, who is a co-author of the study, said: “Soon after the discovery of the first of their fossils in the 19th Century, Neanderthals were portrayed as brutish and uncultured, incapable of art and symbolic behaviour, and some of these views persist today.

“The issue of just how human-like Neanderthals behaved is a hotly debated issue. Our findings will make a significant contribution to that debate.”

Prof Chris Stringer, from London’s Natural History Museum, who was not involved in the study, commented: “Some previous claims for Neanderthal symbolic behaviour had dating uncertainties or lay within inferred overlaps between Neanderthals and Homo sapiens 40-60,000 years ago, meaning that they could still be attributed to modern humans, or to the influence of modern humans on Neanderthal behaviour.”

He said the new work “seems to remove any doubts” that Neanderthals were capable of symbolic or artistic expression. Prof Stringer explained: “They further narrow any perceived behavioural gap between the Neanderthals and us.”

But he said it could be argued there were still no clear examples of Neanderthal figurative art – artwork drawn from real sources, such as animals or people.

Prof Pike told BBC News: “The next big question is: ‘did Neanderthals make figurative art? We’ve got hand stencils, we’ve got lots of red dots and we’ve got these lines. We want to know whether there are paintings of the kind of animals they were hunting.”

In La Pasiega cave, in northern Spain, the researchers dated a ladder-shaped (scalariform) drawing to a minimum age of 64,800 years ago. However, the artwork from this cave has yielded dates of up to 80,000 years ago. There are animals painted within the rungs of the ladder, but the scientists haven’t yet dated these – and they could be younger.

The early ages for the cave art are supported by the dating of sea shells that were perforated to be used on necklaces and are stained with pigments.

Two of the four samples dated to about 115,000 years ago – again, much further back in time than the known presence of modern humans in the region.

Commenting on the work, Prof Clive Finlayson, from the Gibraltar Museum, told BBC News: “The work is very good; there’s nothing to fault the dates.

He added: “It suggests they’re much older than anything we know of from Europe or beyond the boundaries of Europe.” 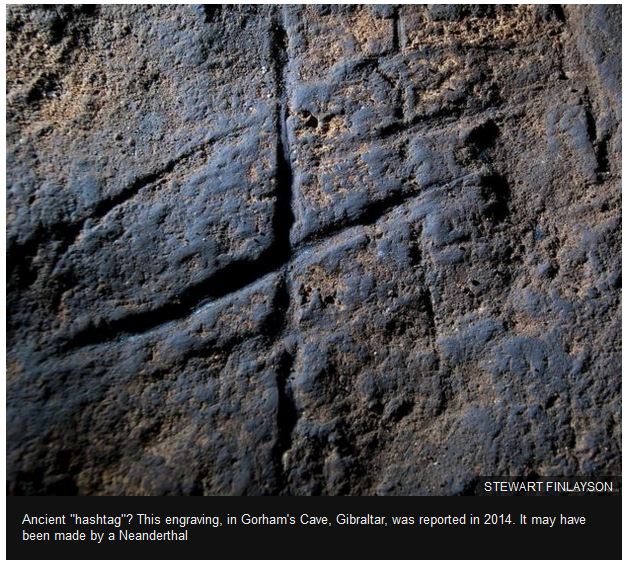 In 2014, Prof Finlayson and colleagues reported the discovery of an engraving in Gorham’s Cave, Gibraltar, that may have been carved by a Neanderthal. But the recent finds add to mounting evidence we have underestimated the intellectual capabilities of our evolutionary cousins.

But he said: “If we are going to be strict in our interpretations, that Neanderthals made these paintings is really inferred from the dates.” While there is no direct evidence of other human species in Iberia at this time, Prof Finlayson added: “To pin it on Neanderthals is highly likely… but from my knowledge I don’t think any of those three caves have Neanderthal remains.”

Early symbolic artefacts, dating back 70,000 years, have been found in Africa but are associated with modern humans.

Prof Pike said of the Spanish finds: “Some of these things are placed in the very darkest bits of caves, where you couldn’t do it by accident. You need a light source, you’ve got to wander through passages and you’ve got to prepare your pigments.”

On the other hand, he said, “the panel in La Pasiega is on a really nice, smooth bit of wall framed by stalagmitic formations on either side. It looks like something you would stand in front of and look at”.

He added: “As to the meaning, I don’t think we’ll ever know. But I think we’re pretty happy to say it’s meaningful.”