Nazis (& alike) did not lose WW2 according to Charlotte Iserbyt – ‘Skull & Bones’?y)

Nazis (& alike) did not lose WW2 according to Charlotte Iserbyt – ‘Skull & Bones’? 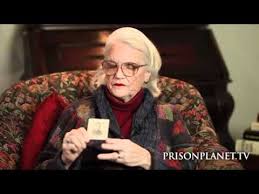 Charlotte Thompson Iserbyt served as the head of policy at the Department of Education during the first administration of Ronald Reagan. While working there she discovered a long term strategic plan by the tax exempt foundations to transform America from a nation of rugged individualists and problem solvers to a country of servile, brainwashed minions who simply regurgitate whatever they’re told.

Part one of our exclusive interview with Iserbyt breaks down how conditioning/training under a corporate agenda has replaced traditional education, leading to a deliberate dumbing down of Americans. Iserbyt further explains how Reagan signed agreements merging the U.S. and Soviet systems under the United Nations banner, turning over education and many other areas of public policy to global control.

This 74 minute exposé is a must see for anyone who wants to truly know why the education system is deliberately crafted to produce human drones with no critical thinking whose only skills are to be subservient, trust authority and follow orders.

Charlotte Iserbyt breaks down the history of this secret order and reveals just how big this elite club at Yale really is and how much political power they have wield over the past 180 years!

Iserbyt unveils the connection of her father and grandfather to the elite Skull & Bones secret society, including an exclusive look at the official members list the public was never meant to see. Iserbyt also explores the research of Anthony Sutton and others who’ve made the connection between Skull & Bones, the Illuminati and experimental psychology from Germany that has been injected into the American education system since the late 1800s. Also in play is the elite’s control of the Left-Right political paradigm, infiltration of key policy groups and backing from globalist foundations that have threatened to undermine the American way for the better part of a century.

Appreciating DIFFERENT angles & tactics Being different is not a “crime” staying in your own integrity being appreciated for your talents. We do not have to agree on everything, as long as we do not impose or hijacking other channels to force 1 issue or 1 group demonizing & generalizing. We need a different kind of unity against tyranny. We can inspire & motivate each other in so many ways KEY is allowing each-other to be different as complementary forces helping the network

no need2follow anyone, only consider
broaden (y)our horizon of possibilities