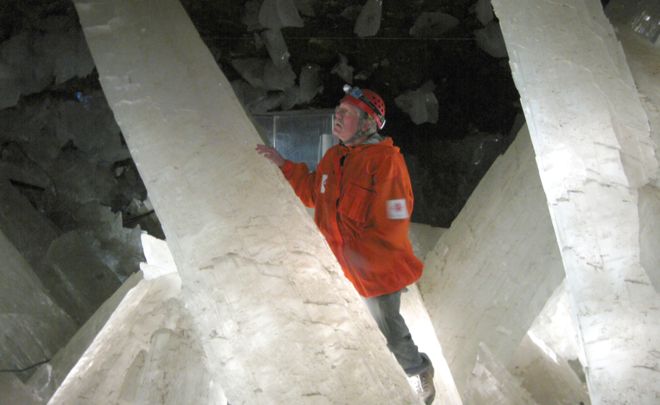 The caves were discovered by miners 100 years ago

It is a remarkable discovery in an amazing place.

Scientists have extracted long-dormant microbes from inside the famous giant crystals of the Naica mountain caves in Mexico – and revived them.

The organisms were likely to have been encased in the striking shafts of gypsum at least 10,000 years ago, and possibly up to 50,000 years ago.

It is another demonstration of the ability of life to adapt and cope in the most hostile of environments.

“Other people have made longer-term claims for the antiquity of organisms that were still alive, but in this case these organisms are all very extraordinary – they are not very closely related to anything in the known genetic databases,” said Dr Penelope Boston.

The new director of Nasa’s Astrobiology Institute in Moffett Field, California, described her findings here at the annual meeting of the American Association for the Advancement of Science (AAAS). 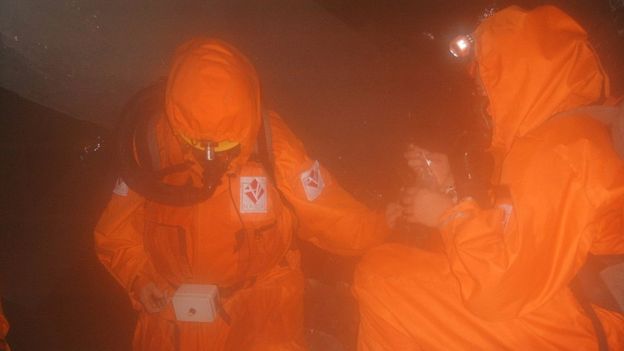 First opened by miners looking for silver and other metals a hundred years ago, the deeply buried Naica caves are a key interest to scientists fascinated by extremophiles – microbes that can thrive in seemingly impossible conditions.

The environment is hot (40-60C), humid and acidic. With no light at depth, any lifeform must chemosynthesise to survive. That is, it must derive the energy needed to sustain itself by processing rock minerals.

Researchers had identified microbes living in the walls of the caves, but isolating them from inside the metres-long crystals is a surprise.

These outsized needles of gypsum have grown over millions of years. They are not perfect. In places they have defects – small voids where fluids have collected and become encased. 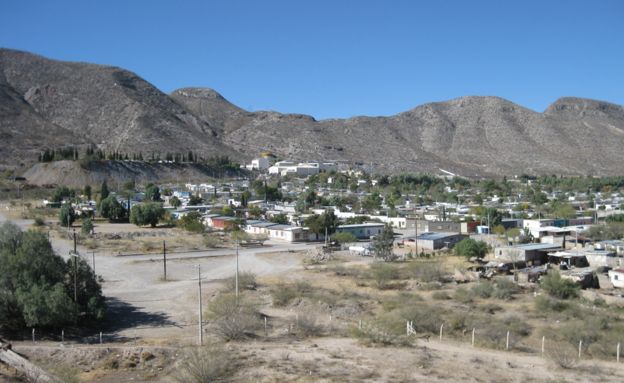 The caves lie deep under the limestone mountains

Not only did they detect the presence of bacteria and archaea, but they were able also to re-animate these organisms in the lab.

The concern would be that these organisms might simply be the result of contamination, either introduced by the team or the mining operations. But the Nasa director said that the necessary protocols were followed.

Scientists have previously claimed to revive bugs thought to have been dormant for many millions of years. These organisms had been trapped inside salt or ice crystals. All such claims are contentious, but Dr Boston said she was minded to accept them after everything she had seen at Naica and in other similar environments.

What gives her confidence in the status of the Mexican caves is the great diversity of life that seems to exist there.

“Other groups have shown there are lots of viruses in these caves and what that says to me is that these are fully fledged microbial communities that have their viral load just like every other community does. So, that’s another aspect of this that argues against casual contamination,” she told reporters.

Working for Nasa as an astrobiologist, she is clearly interested in the relevance of such finds to the search for life beyond Earth.

“The astrobiological link is obvious in that any extremophile system that we’re studying allows us to push the envelope of life further on Earth, and we add it to this atlas of possibilities that we can apply to different planetary settings.” 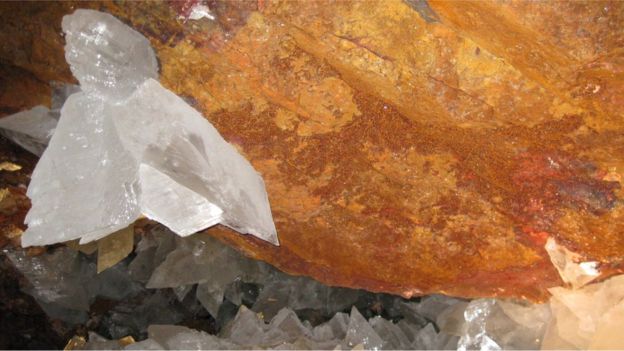 Iron oxides turn the walls of the caves orange

Many scientists suspect that if life does exist elsewhere in the Solar System, it is most likely to be underground, chemosynthesising like the microbes of Naica.

Dr Boston said her team was about to submit a paper on the caves to a relevant journal.

In her discussion with reporters she lamented the fact that the crystal complex had become flooded following the recent cessation of mining activities, preventing any further access.

“It is tear inducingly beautiful down there. I wrote several poems about it actually.” 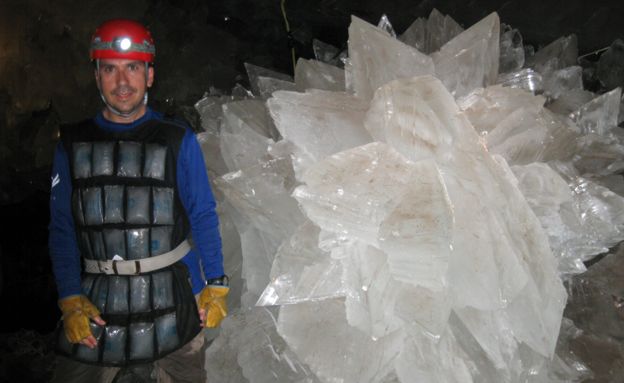