BZ: I sent this article and press release to H, and this was her reply back…

this is the GP- she is referencing-

Sparklers erupt from the planetary fires

By Matthew Boesler and Christopher Condon, published on Bloomberg, on May 28, 2019 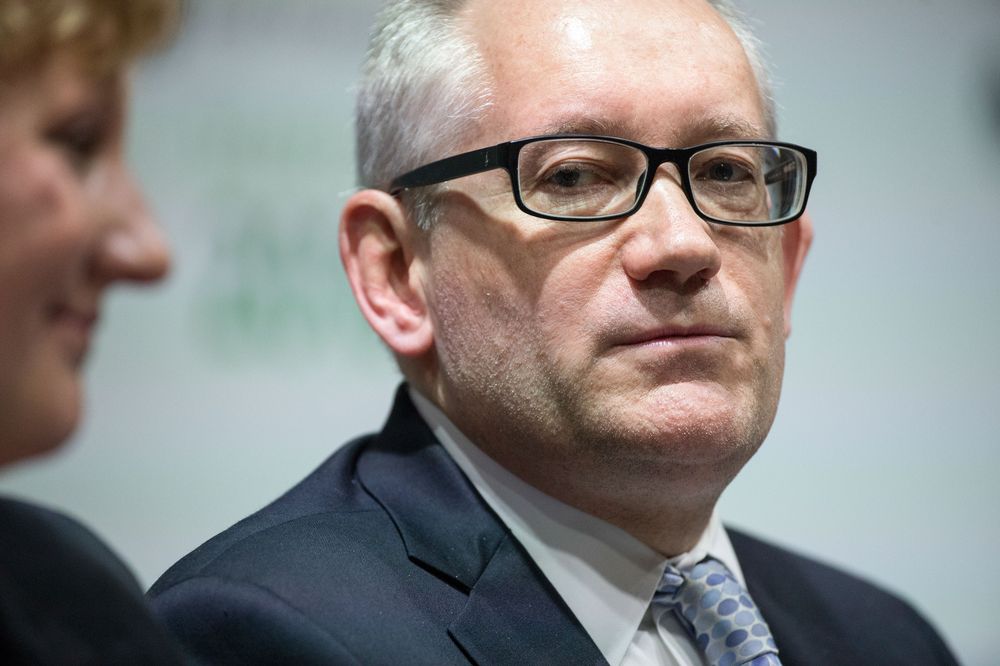 The Federal Reserve Bank of New York said two of its top officers are departing — including Simon Potter, who oversees its strategically vital trading desk — in a rare double exit from the senior ranks of the U.S. central bank.

Potter and fellow executive vice president Richard Dzina, who ran the bank’s financial services group, will both step down effective June 1, the bank said in a statement Tuesday. It will launch a search to find their successors.

Their departures — which between them take almost 50 years of New York Fed experience with them — come about a year into John Williams’s tenure as president of the bank.

Potter had been seen in some quarters as a potential contender to take the helm in New York before Williams, who was then head of the San Francisco Fed, won the pick. The New York Fed is the most important of the 12 regional Fed banks because of its oversight of Wall Street and execution of monetary policy via the desk that Potter ran. The head of the New York Fed also wields a permanent vote on the central bank’s interest rate-setting Federal Open Market Committee and is the panel’s vice chair.

Dzina did not immediately respond to a request for comment. Potter referred questions to the New York Fed.

The abrupt departures come at a delicate time for the central bank as it finishes shrinking its balance sheet. The wind-down process, which Potter oversees as the head of the New York Fed’s markets group, will end later this year but policy makers have yet to decide important questions on the long-term maturity composition of its bond holdings.

“I’m very surprised that both of them would do this on the same day with three days’ notice,” said Tom Simons, a senior economist at Jefferies in New York. Simons said Potter’s job, as head of the central bank’s open-market operations, is “arguably more important than being president of the some of the regional Fed banks.”

He said the departures are especially worrying for market participants given the uncertainty hanging over the New York Fed’s plan, in conjunction with the U.S. Treasury, to replace the scandal-tainted London InterBank Offered Rate with a new dollar-based benchmark rate, known as the Secured Overnight Financing Rate.

Potter had been scheduled to give a speech in Hong Kong on May 30 on the transition from Libor. He now won’t deliver those remarks, said New York Fed spokesman Jack Gutt.

Potter took the helm of the markets group — which is responsible for implementing policy decisions about interest-rate changes and constitutes the central bank’s eyes and ears on Wall Street — in June 2012. Over the last seven years, he’s overseen the Fed’s exit from years of zero rates and bond purchases that swelled the balance sheet to as much as $4.5 trillion at its peak.

Lou Crandall, chief economist at Wrightson ICAP in New York, played down the drama of Potter’s exit. “There is never going to be a good time. He stayed for a nearly a year after John Williams’s term began, which created considerable continuity,” he said.

Williams in the statement praised the contribution both men have made to the New York Fed and in particular the “depth and breadth of talent they’ve nurtured at the bank.” Potter’s number two, Lorie Logan, was quickly viewed as a contender to take over his role.

— With assistance by Michael McKee, Craig Torres, and Alex Harris 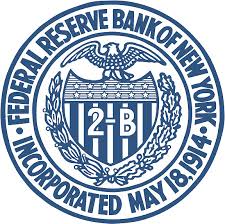 John C. Williams, president and chief executive officer of the New York Fed, named Ray Testa, chief operating officer of the Markets Group, as interim head of the Markets Group, and Chris Armstrong, senior vice president of cash operations, as interim head of the Financial Services Group, starting immediately. The role of product director for the Wholesale Product Office will revert to Michael Strine, the Bank’s first vice president and chief operating officer, until a new head of the Financial Services Group is in place.

Mr. Potter joined the New York Fed in June 1998 as an economist after a career in academia. Mr. Potter served as director of economic research and co-head of the Research and Statistics Group at the New York Fed, prior to becoming head of the Markets Group in June 2012. In this role, he oversaw the implementation of domestic open market and foreign exchange trading operations on behalf of the Federal Open Market Committee (FOMC), the execution of fiscal agent support for the U.S. Treasury, the provision of account services to foreign and international monetary authorities, and the administration and production of reference interest rates for the U.S. money markets. Mr. Potter has played a prominent role in the Federal Reserve’s financial stability efforts, including by contributing to the design of the 2009 U.S. bank stress tests, as a member of the international Macroeconomic Assessment Group that supported the Basel Committee’s work to strengthen bank capital standards and, most recently, as Chair of the Global Foreign Exchange Committee.

“I want to thank Simon for his leadership over the years,” said Mr. Williams. “His contributions have been of great value to the Bank, the FOMC and the System. Most recently, his deep experience in and understanding of markets were critical in helping the Committee think through and execute a path toward monetary policy normalization, and he has been a leading and influential voice globally on reference rate reform.”

Mr. Dzina joined the Bank in June 1991 as a bank examiner. Since becoming executive vice president and head of the Financial Services Group in July 2015, Mr. Dzina has overseen the Wholesale Product Office, which is responsible for managing the Fedwire Funds, Fedwire Securities and the National Settlement Services on behalf of the Federal Reserve System, as well as the Bank’s cash processing and distribution functions. Throughout his 28-year career at the New York Fed, Mr. Dzina has held numerous roles and responsibilities, including running Central Bank and International Account Services, the Bank’s international cash operations, and the market operations, monitoring, and analysis function in the Markets Group.

“Richard’s deep commitment to the Federal Reserve, its mission and people are always on display. He is the consummate professional, who’s made invaluable contributions throughout his long and distinguished tenure for which I am grateful. Among which, I would note his leadership on FedWire modernization, his financial crisis-era work operationalizing numerous liquidity facilities, and his sponsorship of the Payments Risk Committee,” said Mr. Williams.

“Both Simon and Richard have contributed greatly throughout their careers and they each leave a substantial and substantive legacy. Not least of which is the depth and breadth of talent they’ve nurtured at the Bank and on their teams, which is why I have every confidence in the teams’ abilities to continue to execute on our mission. I wish them both all the best in their future endeavors,” added Mr. Williams.