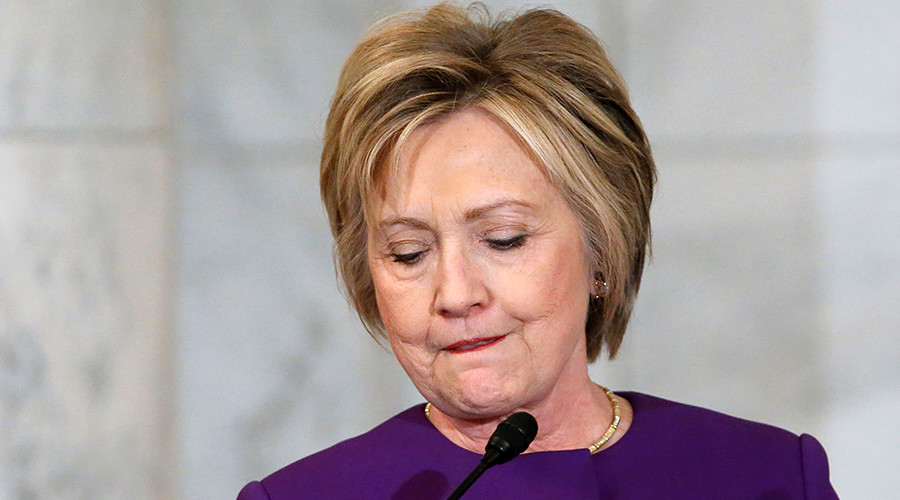 Without much fanfare, the State Department has released over 6,000 documents related to Hillary Clinton’s time as Secretary of State, prompting speculation that it might contain explosive revelations.

The State Department’s Reading Room website contains 301 pages, with 20 entries each, of emails released under the Freedom of Information Act (FOIA) rulings.

Since there was no official announcement of the data dump, conservative pundits that noticed it quickly began speculating that the cache contained compromising information about Clinton’s tenure at the State Department, during which she used a private email server located at one of her residences. 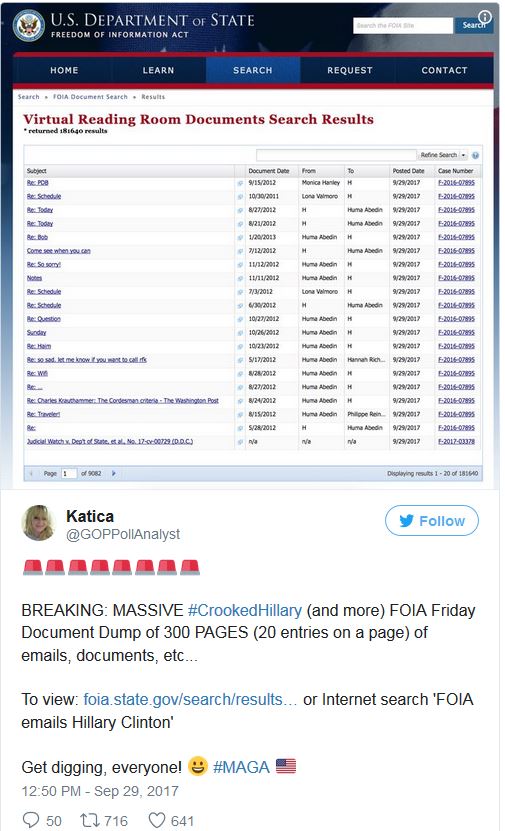 Some of the emails in the release show messages from former Clinton staffers Huma Abedin and Monica Hanley.

Clinton originally said she handed over all work-related emails from her private server to the State Department, while deleting some 30,000 messages she said were of personal nature.

It later emerged that her aides used the software called BleachBit to scrub the hard drives containing the emails, and destroyed a number of computers and mobile devices that she used.

In July 2016, then-FBI Director James Comey announced Clinton won’t be charged with any crimes, even though she and her staff were “extremely careless” with the emails. The scandal cast a shadow over Clinton’s presidential campaign.