by Oliver Holmes, published on The Guardian, on November 16, 2016 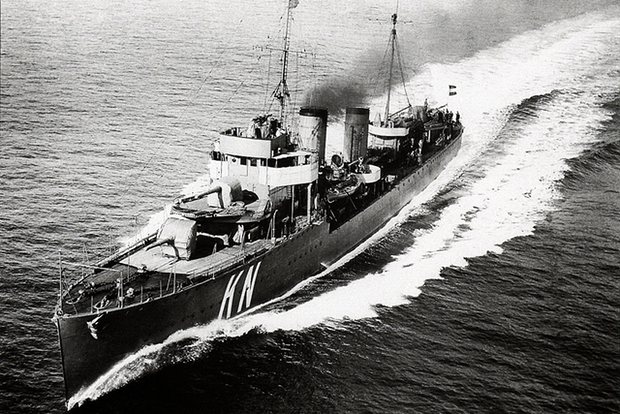 HNLMS Kortenaer, which was sunk in the Battle of Java in 1942 Photograph: Royal Netherlands Navy / Koninklijke Marine / Wikipedia

An international investigation has been launched into the mysterious disappearance of three Dutch second world war shipwrecks which have vanished from the bottom of the Java Sea off the coast of Indonesia.

The Netherlands defence ministry has confirmed that the wrecks of two of its warships that sank in 1942 have completely gone, while large parts of a third are also missing.

The wrecks were first found intact by amateur divers in 2002. But a new expedition to mark next year’s 75th anniversary of the Battle of the Java Sea discovered the ships were missing.

While sonar shows the imprints of the wrecks on the ocean floor, the ships themselves are no longer there.

The ministry said in a statement: “The wrecks of HNLMS De Ruyter and HNLMS Java have seemingly gone completely missing. A large piece is also missing of HNLMS Kortenaer.”

All three ships sank during the Battle of the Java Sea, which turned out to be a disastrous defeat for Dutch, British, American and Australian sailors by Japanese forces in February 1942. It was one of the costliest sea battles of the war and led to the Japanese occupation of the entire Dutch East Indies. 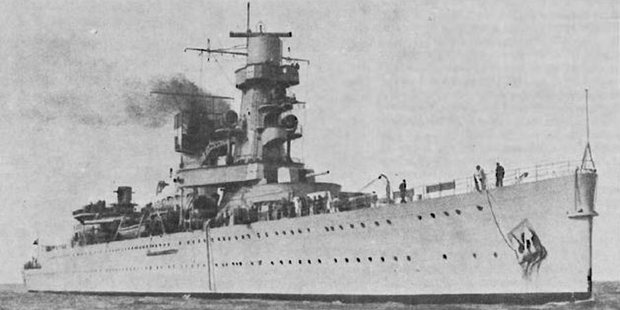 HNLMS De Ruyter, which was sunk in the Battle of Java in 1942. Photograph:

About 2,200 people died, including 900 Dutch nationals and 250 people of Indonesian Dutch origin, and the wrecks have been declared a sacred war grave.

“An investigation has been launched to see what has happened to the wrecks, while the cabinet has been informed,” the defence ministry said. “The desecration of a war grave is a serious offence,” it added, suggesting the wrecks may have been illegally salvaged.

The seas around Indonesia, Singapore and Malaysia are a graveyard for more than 100 ships and submarines sunk during the war. For years, scavengers have surreptitiously located the wrecks and stolen parts, including steel, aluminium and brass.

A recreational diving school in Malaysia told the New Straits Times last year that shipwrecks were being blown apart by with explosives by people posing as fishermen before their metal is removed.

The US military found two years ago that there had been an “unauthorised disturbance of the grave site” of the USS Houston, which sank in the Battle of Sunda Strait, also in the Java Sea. It is the grave for nearly 650 sailors and marines.

Theo Vleugels, director of the Dutch War Graves Foundation, told the ANP news agency: “The people who died there should be left in peace.”

AFP contributed to this report