My relationship with the Zeta / Grey aliens – Kevin Estrella

BZ: it is important to continually tune into ones own Expert. Your knowing and innate All Knowing internal guidance system… Information about various races, groups, factions, relationships… with a myriad of different Non Local cultures, many of which have been on/in/visiting the planet since before the known history will become visible Now. You are the expert for you. Trust your guidance and use your heart and higher mind to navigate all the information coming to the fore. 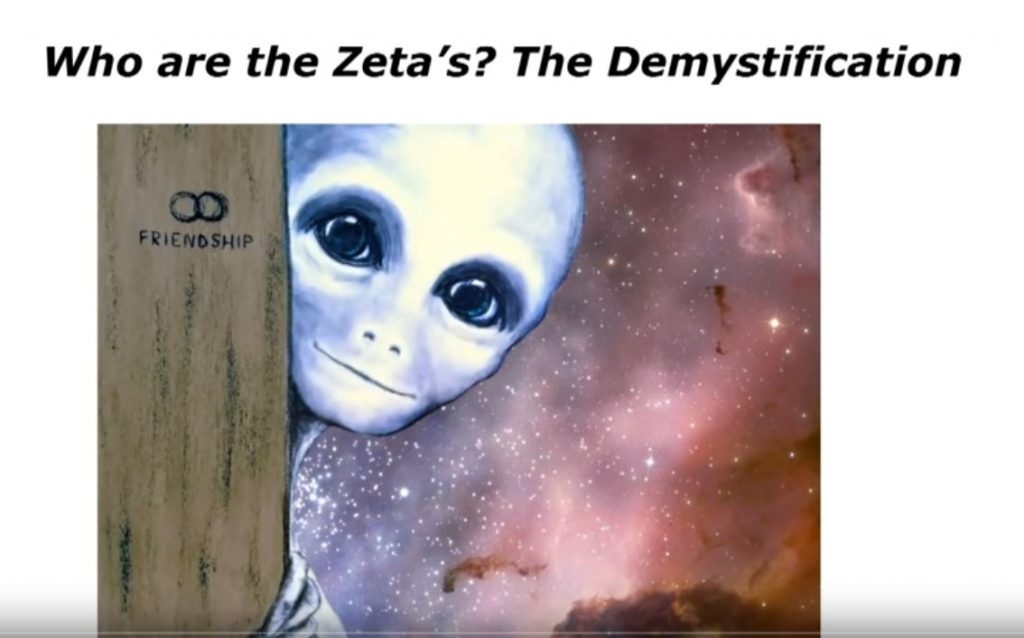 My relationship with the Zeta / Grey aliens – Kevin Estrella

Disclaimer: The reptilian group discussed referred to as “The Controllers” are a reptilian race indigenous to planet Earth. Not ‘all reptilians are bad’. There is an abundance of reptilian Star Nations throughout the galaxies that are highly evolved, benevolent spiritual beings millions of years more advanced than Earth Humans. We cannot judge one group as reflecting on the whole. ThatChannel.com Kevin Estrella of the band Pyramids on Mars speaks about his personal experiences and relationship with the Pontee. Zeta Star Nations from the planet P’ntl (Pontel), 5th planet orbiting Zeta Reticuli II. Kevin has had ET contact for many years, but developed a very personal relationship with a group who are using Twitter @Sandiawisdom. Kevin has regular visits by P’ntl, and is demystifying a lot of misconceptions people have about their people.

He discusses the mainstream media conceptions of what people think the Grey / Zetas are. Kevin explains that the Zeta’s/Grey beings Earth Humans believe are abducting people against their will, these aliens are grown in laboratories here on Earth, used in MILAB military controlled abductions. To create fear, and ‘demonize’ the true Extraterrestrials here on Earth and have been here for millenia who are Guardians, overseeing the spiritual and consciousness development of humanity. The real Star Nation Zeta’s make contact with only those who have given their permission. They have strict rules of protocol. 1) Cause no fear 2) Do no harm 3) Leave no trace Twitter @Sandiawisdom. Website: www.Officialfirstcontact.com Kevin’s Website: www.pyramidsonmars.com If you want to have ET contact, download the Telepathy 101 Primer and practice practice practice.

You WILL have contact. Pyramids on Mars UFO Radio http://www.artistfirst.com/pyramidson… Host Kevin Estrella has been welcomed deep into the UFO community after having his own first-hand encounter with something not of this world. He has now begun speaking publicly and has been a featured guest on over 15 UFO radio talk shows. He comes to ArtistFirst to introduce guests who have been on-board alien craft, and have had direct contact with Extraterrestrial beings. Kevin will introduce us to many Alien/Human Hybrids who are currently on this planet. Find out how and why they are here to help humanity during this historic period of awakening. Pyramids on Mars is the embodiment of who I am. I have always had a passion for UFO’s, Extra-terrestrials. I have spent over 20 years researching to understand why they are here.

I wanted to combine my passion of music with raising consciousness and awareness of the UFO and Extraterrestrial presence. I feel it is my calling. This calling was affirmed on August 21, 2014, when I had contact with an inter-dimensional craft of unearthly origin. Through investigation by M.U.F.O.N., verification through local sources, and consultation with UFOlogist Grant Cameron, my sighting was authenticated. It was verified I was the only one who had contact with the craft; the beings were in direct contact with me. Since then I have been experiencing many other related incidents, like increased Extra Sensory Perception (ESP), music and symbol downloads through dreams, strange synchronicities, and recollection of missing time/possible alien abduction that occurred in the year 1999.