By Jill Mattson, published on SuperConscious

It is cliché that mathematics is the language of Science. Recent discoveries reveal that, in a related and perhaps even more fundamental way, Music may truly be the language of Nature.

Just as my dog whines and tries to stop me when I play discordant music on my piano — new findings show that we may be biologically “hardwired” in our response to aesthetically pleasing or displeasing music. Evidence suggests that music may be encoded in the smallest protein molecules comprising living things. Recent experiments from MIT report efforts to represent manmade silk fibers as musical compositions — using the underlying proteins in the synthetic silk as “notes”. The researchers found remarkable similarities between the physical properties of the silk and the aesthetic sound and feel of its associated music. In other words silk with good physical properties produced pleasing music!

Sound Healing investigators and certain students of antiquity have believed for some time that Sound in general, and Music in particular, hold great potential for revealing deeper understanding of the universe around us. Furthermore, the informed application of precise energy in the form of sound frequencies can benefit us on many levels: emotionally, physically, intellectually and spiritually.

The MIT research team attacked their work of synthesizing silk fibers in the lab with the novel approach of replicating building-block protein molecules. The large multidisciplinary team, including engineers, biomedical experts, mathematicians and musical composers, formulated synthetic silk in a systematic manner as a model for future synthetic material design work. They began by building a computer model of natural silk and then identified the underlying bio-materials responsible for the unique light weight, subtleness and extraordinary strength of spider silk.

Evidence suggests that music may be encoded in the smallest protein molecules comprising living things. Recent experiments from MIT report efforts to represent manmade silk fibers as musical compositions — using the underlying proteins in the synthetic silk as “notes”.

These researchers modified silk producing genes and created a device to copy the spider’s silk spinning organ. After extensive work, they produced a variety of synthetic silk strands. Two of the experimental “silks” stand out: one of the new protein combinations yielded extremely strong silk molecules, but the catch was these proteins did not adhere to each other as a thread — useless. The second material contained weaker protein molecules that adhered together strongly and made an excellent thread — what natural silk proteins do — a success. It was not enough to produce strong proteins alone; they must interconnect properly and form a coherent strand on a large scale. There must be a cohesive architecture properly aligning and connecting the components like a musical composition. 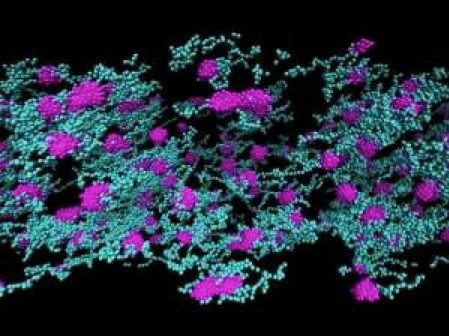 This diagram of the molecular structure of one of the artificially produced versions of spider silk depicts one that turned out to form strong, well-linked fibers.
A different structure, made using a variation of the same methods, was not able to form into the long fibers needed to make it useful. Musical compositions based
on the two structures helped to show how they differed. (Credit: Markus Buehler)

After these initial results, the team went back to the lab to produce new silk materials. One of the new analytical tools that they employed in the development of superior silk was Music! Greatly simplifying the details … the various levels of the silk’s structure —the proteins, their relationships, and underlying structures — were translated into musical compositions. The end result: the strong silk proteins that would not form usable threads produced music that was harsh and displeasing. The proteins that formed usable fibers played as soft fluid pleasing music. The fact that the above process, based on the silk proteins, resulted in anything even remotely resembling music is remarkable; the fact that pleasing music was produced from “good” silk and harsh music resulted from “bad” silk is near miraculous.

There is extensive evidence, growing for years, that demonstrates our inborn affinity for music. Infants seem to have innate musical preferences. As early as two months, babies will turn towards consonant or pleasing tones and away from dissonant sounds. Modern medical images of the brain show pleasure centers light up while listening to an orchestra play beautiful symphonies. These are the same pleasure centers that respond to sex, eating chocolate and taking cocaine. What is it about music that seems to be imprinted in our cells?

The fact that the above process, based on the silk proteins, resulted in anything even remotely resembling music is remarkable; the fact that pleasing music was produced from “good” silk and harsh music resulted from “bad” silk is near miraculous.

One of the researchers, Markus Buehler of MIT said, “There might be an underlying structural expression in music that tells us more about the proteins that make up our bodies. After all, our organs — including the brain — are made from these building blocks, and humans’ expression of music may inadvertently include more information than we are aware of.” Music may soon tell us much more about our biology and reveal new insight into our humanity. Expanding on this, the processes that produced the biology, DNA and building-block proteins may be encoded in a universal song.

In a separate, but strikingly similar experiment, French physicist Joel Sternheimer developed a system for converting the amino acid sequences in plant protein into music. Sternheimer found that the compositions based on these amino acid sequences produced aesthetically pleasing music. In fact, when the “song” made from a plant’s amino acids was played back to the plant, its growth rate increased markedly and its resistance to drought and disease also improved. Just as with the proteins in the spider silk, music composed from the biological building-blocks in plants was pleasing and produced positive feedback effects when played back to the plants.

There is also a huge body of evidence built up over many years showing that the specific frequencies making up the human voice are indicative of a person’s health. Like a musical orchestra, our human speaking voice consists of a large, measurable collection of sounds, a wide spectrum of frequencies. The leading authority on analyzing the tremendous amount of information contained in the voice, Sharry Edwards, has learned to glean detailed insight into the underlying health of a person from his voiceprint. Information regarding the underlying emotional, physical, nutritional states, presence of pathogens, toxins, etc., can be detected by a trained expert of the voice. One of the consequences of Edwards’ work was the development of “Sound Treatments” that addressed underlying problems detected in a voiceprint. By listening to the appropriate frequencies the voice is restored to a healthy profile and the associated physical ailment is resolved.

when the “song” made from a plant’s amino acids was played back to the plant, its growth rate increased
markedly and its resistance to drought and disease also improved.

Going far beyond the scope of the MIT spider silk work, modern Sound experts would claim that there are voluminous examples of music reflected in the inanimate universe around us. A famous mathematical sequence that is also found throughout nature is the Fibonacci pattern. The Fibonacci sequence is 1, 1, 2, 3, 5, 8, 13, 21, 34, etc. The next number in the sequence is the sum of the two preceding numbers). Familiar examples of this pattern in nature include the design of a nautilus seashell, petals in a flower and the human body. The Fibonacci sequence converts directly to common musical scale found around the world throughout the ages. From Ancient China to modern times, sky watchers have found musical elements in the stars and other celestial bodies. The movements of the stars and planets can be expressed as “Star tones”, a clear link between the Stars and musical systems, octaves and harmony. Throughout the ages there has been a consistent belief that there is a deep spiritual harmony in the design and flow of the universe. Music is literally an expression of this harmony. 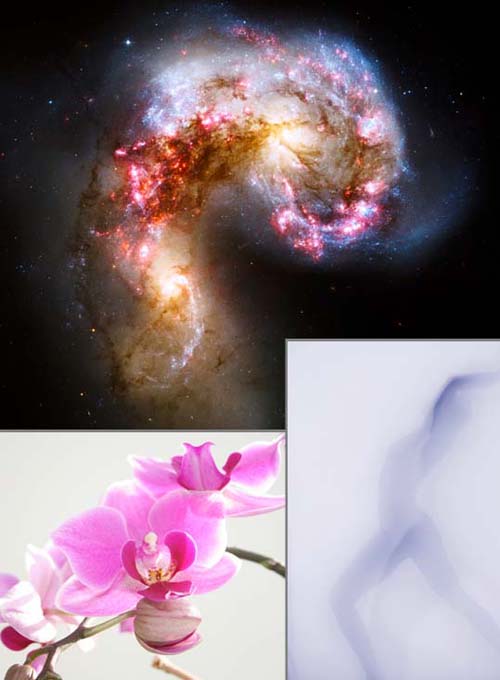 One of the consequences of Edwards’ work was the development of “Sound Treatments” that addressed underlying problems detected in a voiceprint. By listening to the appropriate frequencies the voice is restored to a healthy profile and the associated physical ailment is resolved. 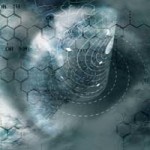 Sound and Music, could these be far more than we have thought them to be? Ancient Civilizations considered Music a mystical force and carefully guarded its secrets. Modern experts believe Sound energy can interact with and alter our subtle energies, opening up vast opportunities for healing and growth. The human voice contains voluminous information on the underlying state and wellness of the body. Musical compositions are grand “stories” employing numerous instruments, notes, pitches, rhythms, octaves and so on, producing a Holistic effect beyond the sum of the parts. As my dog knows very well, what sounds right, feels right. Music could be the universal language of nature and, deeper, mirror the grand plan that makes us, and our surrounding world, what we are.

Jill Mattson is a three-time author and widely recognized expert and composer in the emerging field of Sound Healing! Jill lectures throughout the United States on “Ancient Sounds ~ Modern Healing”, taking followers on an exciting journey revealing the Healing Power of Vibratory Energy. She unveils secrets from ancient cultures as well as the latest findings of the modern scientific community showing the incredible power and healing capabilities of sound.

Please visit her websites where you can learn more about her work. www.JillsWingsOfLight.com, www.JillsHealingMusic.com, www.MusicForBeauty.com