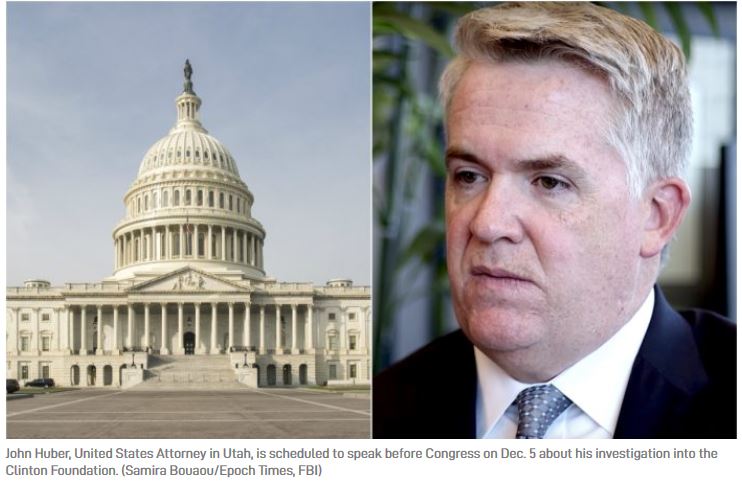 From the moment it was announced that Jeff Sessions was resigning as attorney general, to be replaced by the far-lesser-known Matthew Whitaker, the mainstream media began pushing a narrative that President Donald Trump is preparing to fire special counsel Robert Mueller.

Trump critics are convinced what the country is seeing right now is a slow-rolling repeat of the infamous “Saturday Night Massacre” of the Watergate scandal. President Richard Nixon, who was desperate to stop the probe before it reached the White House, ordered Attorney Gen. Elliot Richardson to fire special counsel Archibald Cox. Richardson refused, and resigned. Deputy Attorney General William Ruckelshaus also resigned, rather than follow Nixon’s order.

It then fell to the solicitor general, Robert Bork, to fire Cox. Nixon’s desperate gambit to stall the Watergate investigation failed to save his presidency, and he resigned from office shortly thereafter.

Using the events of 1973 as their template, some Trump critics are assuming that Sessions was ordered to fire Mueller and he refused, which led to his being forced to resign so that a more compliant person could move into the post. So, it’s assumed that Whitaker is Trump’s personally handpicked attack dog who will do whatever the president commands him to do.

This hysterical narrative assumes that Trump sees Mueller and his team as a real threat to himself and to his administration. For two weeks now, anti-Trump forces have loudly beaten the drum that Muller mustn’t be fired under any circumstances. Outgoing senator—and fierce Trump critic—Jeff Flake of Arizona has thus far made good on a promise to not vote to confirm any more judges until the Senate brings to the floor an unconstitutional bill he authored that literally makes it impossible for Mueller to be fired—by the president, by the attorney general, or anybody else.

This narrative depends on accepting the belief that the Mueller team, which has been leaking like a sieve for more than a year and a half, has found real solid evidence of the Trump campaign colluding with the Russians but has managed somehow to not leak it to the news media. And, in addition, that Trump is growing increasingly desperate to stop the investigation before that evidence is publicly revealed.

Washington has a leak culture. It would defy belief that the Mueller team has had in its possession, for even a few weeks, a smoking gun that would supposedly bring down a presidency, and that it didn’t leak that information. Any reporter that could get their hands on such a smoking gun and break the news would instantly enter the history books. So would their source, who would instantly become the new “Deep Throat,” the inside official in the Watergate scandal that brought down the Nixon presidency.

Well, the conventional take is, as usual, wrong. Once again, Trump has the mainstream media looking in the wrong direction and unprepared for what is about to actually happen.

The Mueller Russia probe will be allowed to end of its own accord, with the conclusion that there was no Trump campaign–Russia collusion and that no Russian activity influenced the outcome of the 2016 presidential election. All the real movement is actually toward the unveiling of the true scope of the Spygate scandal. A big sign of this was broken on Nov. 20 by John Solomon of The Hill, in a report titled “House GOP to Hold Hearing Into DOJ’s Probe of Clinton Foundation.”

Rep. Mark Meadows (R-N.C.) revealed during an interview with The Hill radio program Rising that U.S. Attorney John Huber of Utah is scheduled to come to Washington on Dec. 5 and give testimony to the House Oversight Committee about his investigation into issues surrounding the Clinton Foundation.

Meadows gave no indication in the report by Solomon whether the scheduled Dec. 5 hearing will be open to the public.

Huber first came to national attention in March, when then-Attorney General Sessions revealed in a letter to Congress that Huber was leading a team of U.S. attorneys that was working in tandem with Department of Justice (DOJ) Inspector General Michael E. Horowitz on several key investigations that arose from issues surrounding the 2016 election.

Horowitz and Huber’s team of crack investigators and U.S. attorneys have spent more than a year and a half slowly and painstakingly working their way backwards through the Spygate maze.

The inspector general began his latest investigation by focusing on the moment that top officials from the DOJ and FBI requested a FISA warrant from the Foreign Intelligence Surveillance Court (FISC) to spy on minor Trump foreign policy adviser Carter Page and, by extension, on the entire Trump campaign itself.

It’s long been alleged by Republican members of the investigative committees such as Rep. Devin Nunes (R-Calif.) and the aforementioned Meadows, that there were key omissions and deliberate misrepresentations in that warrant, most of which revolve around what has come to be called the “Steele dossier,” after its creator, former MI6 intelligence agent Christopher Steele.

In taking a deep dive into the Steele dossier’s contents and how those documents were presented to the FISC, Horowitz and Huber, by necessity, had to examine where the dossier came from, who paid for its creation, and exactly how it got to the FBI, so the agency could make use of it.

Following the money led them straight to the law firm of Perkins Coie, and from there, to the Democratic National Committee and the Clinton campaign. Hillary Clinton tried to hide her connection to the Steele dossier by laundering the money through Perkins Coie, but Horowitz is a bloodhound, who followed the trail to the true source.

The revelation that Clinton paid for the creation and the dissemination of the Steele dossier, which was widely reported by U.S. media, came straight from Horowitz in October 2017, when he first called attention to his Spygate probe by briefly surfacing to hand some of the evidence he found to Congress.

That initial handoff of evidence included Clinton trying to hide her connection to the Steele dossier by laundering the money through Perkins Coie, as well as the first batch of the now infamous Peter Strzok–Lisa Page text messages.

What Horowitz and Huber have documented is that one of the political campaigns involved in the 2016 presidential election actually managed to pay for the creation of a series of politically motivated (and likely fake) “intelligence reports” that ended up being used by political partisans inside federal law enforcement and intelligence agencies to spy on and attempt to entrap the other campaign.

To use the fake intelligence reports to get approval for surveillance of the Trump campaign, all that former FBI Director James Comey, former FBI Deputy Director Andrew McCabe, Strzok, and others involved in this scandal had to do was hide from the FISC where the Steele dossier really came from and who actually paid for it. Which they did.

Fully ponder that for a minute. There’s no way that the top CIA/DOJ/FBI people involved in setting up the Crossfire Hurricane operation to try to entrap the Trump campaign didn’t know the “evidence” they were presenting to the FISC came straight from Clinton, who paid Fusion GPS handsomely for its invention. The “Russian collusion” wasn’t real and they all knew it from the start. This has been, as the president has repeatedly claimed, a “witch hunt” where the witches aren’t real.

Now, Huber is coming to Washington on Dec. 5 to discuss some of what he and Horowitz have found. Was the Clinton Foundation involved in any of the money laundering that went on? We’ll soon know.

Brian Cates is a political pundit and writer based in South Texas and the author of “Nobody Asked For My Opinion … But Here It Is Anyway!” He can be reached on Twitter @drawandstrike.