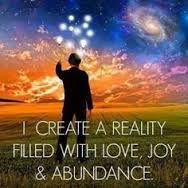 by Alisa Burnham de Avila, published on Wathcers in The Woods, on August, 12, 2016

Acceptance appears to be today’s communal discussion.  In a desperate attempt to accept myself as I venture on towards my forties I’m finding a recurring roadblock; “Hi, my name is Alisa,  I’m a…”  That’s it, that’s all I got.  If I was better at fabrication I could manipulate my past into the veneer of a professional resume, but that resume would remain in my printer que as I haven’t mastered the “fake it till you make it” concept.

After a Sonic soda run I sat in my car parked in my driveway, sipping (chewing) on my straw.  I thought deeply, honestly about who and what I really am.  This time I decided to put aside my words, my definitions in favor of the accusations made by my ex husband.

In a recent emotionally charged text-out my ex husband, the father of our four children, reminded me that I don’t do “anything,” that I’m still “living off” his support because I “refuse to work.”  I absorbed his words.  I’d been carrying his words with me for days.  And as I sat in the late model, used station wagon that he recently bought for “the kids,” sucking down the soda I purchased, with currency he gave me, I accepted the truth about who I am.  Dammit, I’m a whore.

Don’t worry, I know my value.  I accepted this epiphany with joy because I finally had the answer I’d been looking for. Finally, I understood so much about why my marriage hurt.  I understood why my girlfriends were also struggling to find their place in their family.

That’s it!  It’s all vernacular and wrongly assigned definitions.

I sat in my…my ex husband’s car…and played around with words and concepts until I had a better grip of all this.  In my mind I worked out my understanding of the words “prostitute” and “whore” then considered the role women play in a marriage and family.  It came together like an ancient algorithm, perfectly misunderstood under layers of sand.

Currency is another funny word, like prostitute and whore.  Any woman with children under her wings will tell you that her role as a woman really can’t be monetized.  As I expand this concept in my mind I have to include all women, because this isn’t simply a motherhood issue.  This concept of Currency replacing Womanhood isn’t limited to the offering women as mothers provide, but it’s an easy place to start.  I certainly wouldn’t be the first person to attempt spelling out the many duties a mother spends her days completing.  Cooking, cleaning, transporting, etc., we’ve already discussed how much money those duties are worth in the current market place.  It’s true that mothers have been sent off to work to generate more income (Currency) that is quickly paid out to other people completing her original tasks in the home.  This discussion is still valid and current, but I’m contemplating the complete value of women as having been replaced for Currency altogether.

We can start with observing how women have been asked to step outside the home to help contribute Currency into the family operating budget, but I’m asking myself how has this trend translated to all women.  The role of women and the gift of femininity to our society, as a whole, has been replaced with Currency.  As a woman my entire identity, as seen by those offering my validation, is now related to whether or not I create a tangible Currency.  Do my daily actions create Currency that I can later put into the marketplace and exchange for goods and services?  No, my day is spent being a mother to my children, being a caregiver to my disabled mother and being a friend to my neighbors, being a voice of reason to my community.  I spend my days creating a home for my four children to grow in.  I create relationships and grow communities.  I lend myself to aid in healing as a friend to whomever I come across.

I spend my days creating, all day long, wherever I go.  I’m a woman doing what women do best.  But my creative nature is no longer valued by my society.  Instead I’m told I need to leave my home and go earn money.  I’m told that unless I spend my days creating a tangible Currency that I’m lazy or not willing to work.  And it can’t be just any Currency to justify my value and contribution, it has to be the Currency agreed upon in the current marketplace.  I can’t simply cook meals for others in exchange for clothes my children can wear.  I can’t use my Womanhood to save money in the form of coupons or by being frugal. Neither can I use my gifts as a woman to create a community for my family by generating a wealth of love for them to grow in.  Nope, I am asked to literally replace my value as a woman in my society with Currency.  The trick here is that the Currency itself is the valued commodity, not what it can be exchanged for.

Currency itself is now the measure of a woman’s worth.

The Currency created has become more esteemed than the role of women altogether. Husbands requesting an empty bed in favor of Currency in their bank account.

Homes and communities are left void of color and beauty in favor of the flow of Currency.

As a middle aged suburban mother I know many other women in my position.  Women I know are being asked to replace themselves.  Modern mothers are being told, one midnight chat at a time, that our creative contributions no longer hold enough merit in themselves and instead need to be traded.  In droves women are leaving their homes, packing sack lunches and hiding the key of their home under the mat as they take their gifts somewhere else.  Meanwhile homes are left empty, children are growing up with strangers and the home fire is left cold and dark.  At the end of the day women can return with the Currency she’s earned and hold her head high knowing she contributed according to her value…her new value being the Currency she was paid.

Then you have women like me; women who mourn the loss of her intrinsic value.  Women like me who know the value of Womanhood.  I know that a woman operating in her femininity can create more wealth than Currency can in any market.  I know that Womanhood is a gift of creation and no dollar bill can compare with what she can create with the same space they share.   I feel I’m wasting my time reminding us all how important the role of Womanhood is to each of us and our society as a whole.

At this time in my life it suffers me to know that I’m being asked to take my creative goodness elsewhere to generate my replacement.  I don’t doubt that I can earn money; women do it everyday.  We spend our days suppressing our gift as we create the Currency we’ve been told is so important.  But what about the women who refuse to suppress their roles?  What becomes of the women aware of their value in the lives of those around them? What if women like me insist on remaining available to their families and communities, content to live with less market goods, in favor of letting their lives be their value, willing to defend their role as the Currency itself?  Do we all call her a leach?  Too lazy to work, to lazy to get a job?  Is she less valuable?  Is her day worth less because she didn’t exchange her role for Currency?

The concept of women exchanging their inherent role for Currency reminds me of one of the most famous women of all time, Mary Magdalene.

Mary Magdalene was the woman most spoken of in Christian scriptures; she was esteemed to Jesus as his closest apostle.  We don’t know much about Mary Magdalene but we know enough to understand that she was the most important woman to Jesus, I’ll argue the most important person of his life.  Clearly Mary was valued, yet we’ve assumed she was a prostitute because we can’t correlate her value in Jesus’ life to her market value in society. Mary Magdalene’s value, her Currency, was her Womanhood.  Jesus Christ understood the value of Womanhood; he didn’t ask his mother or the woman in his life to go earn money to hold their place next to him.

I’m confident that Mary Magdalene and countless women like her aren’t concerned about the labels we use to manipulate value.  Women who understand their value and the importance of their role in every human life would wear the badge of “Prostitute” or “Whore” proudly over exchanging themselves for the market value of the dollar bill.

Right now I don’t earn money, technically.  I’m in no rush because I know how important it am to my children and community.  The fire I keep burning in my home and in the hearts of those in my life reminds me that I cannot be replaced.

I’m not too naive to believe I don’t need Currency.  I accept that this world operates with a system of exchanging for goods and services.  I’m also aware that the goods and services I create are worthy of a rate of Currency.  My concern lies in our confusion over where we draw the line between the extremes of exchange and replacement.