by Jay Syrmopoulos , published on The Freedom Thought Project, on January 16, 2017 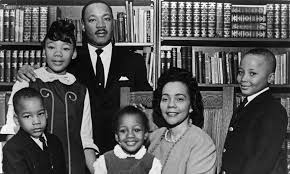 Memphis, TN – As the world remembers the life, and death, of Rev. Martin Luther King Jr., one little-known fact regarding his assassination is that in 1999 the family of Dr. King won a civil lawsuit against Loyd Jowers and others, including governmental agencies, for the wrongful death of King in the case of the King Family versus Jowers and Other Unknown Co-Conspirators.

According to a New York Times report from 1999:

A jury in a civil suit brought by the family of the Rev. Dr. Martin Luther King Jr. decided today that a retired Memphis cafe owner was part of a conspiracy in the 1968 killing of Dr. King.

The jury’s decision means it did not believe that James Earl Ray, who was convicted of the crime, fired the shot that killed Dr. King.

After four weeks of testimony and one hour of deliberation, the jury in the wrongful-death case found that Loyd Jowers as well as ”others, including governmental agencies” had been part of a conspiracy. The jury awarded the King family the damages they had sought: $100, which the family says it will donate to charity.

The family has long questioned Mr. Ray’s conviction and hoped the suit would change the legal and historical record of the assassination.

”This is a vindication for us,” said Dexter King, the youngest son of Dr. King.

He said he hoped history books would be rewritten to reflect this version of the assassination.

The 1999 civil court trial is the only trial ever conducted regarding the assassination of Dr. King, and provides unique insights that had, for decades, been kept from the public. While a civil court trial uses a preponderance of evidence standard, rather than a reasonable doubt standard, there is no mistaking the dark picture painted by the evidence over the course of the trial.

King family friend and attorney William F. Pepper won the civil trial, which found ‘US governmental agencies’ guilty of being part of a conspiracy that resulted in the wrongful death/assassination of Dr. King.

The damning body of evidence presented to the jury during the trial suggested vast U.S. governmental complicity – which the jury obviously found extremely credible – and included testimony about the following:

• US 111th Military Intelligence Group were at Dr. King’s location during the assassination.
• 20th Special Forces Group had an 8-man sniper team at the assassination location on that day.
• Usual Memphis Police special bodyguards were advised they “weren’t needed” on the day of the assassination.
• Regular and constant police protection for Dr. King was removed from protecting Dr. King an hour before the assassination.
• Military Intelligence set-up photographers on the roof of a fire station with clear view to Dr. King’s balcony.
• Dr. King’s room was changed from a secure 1st-floor room to an exposed balcony room.
• Memphis police ordered the scene where multiple witnesses reported as the source of shooting cut down of their bushes that would have hid a sniper.
• Along with sanitizing a crime scene, police abandoned investigative procedure to interview witnesses who lived by the scene of the shooting.
• The rifle Mr. Ray delivered was not matched to the bullet that killed Dr. King, and was not sighted to accurately shoot.

Although James Ray was convicted for the killing of King, he maintained that his government-appointed attorney told him to sign a guilty plea as a means of preventing him from getting the death penalty, a quid pro quo. At the same time, his attorney was threatening that his brother and father could be indicted as co-conspirators for what Ray claimed was his only admitted involvement in the assassination conspiracy – the delivery of the rifle.

Once Ray realized that he was being scapegoated for the killing of King, being solely blamed for the assassination, he attempted to recant his guilty plea and ask for a trial – which was summarily denied. Ray went so far as to produce a letter from his attorney stating the promise of a trial if he would plead guilty in a convoluted bit of legalese.

The King family themselves repeatedly voiced their support for a criminal trial for Ray, but their requests repeatedly fell on deaf ears as their pleas were continually denied by both the state and federal government. In fact, the U.S. government has repeatedly denied the King family’s requests for an independent investigation, in spite of the vast amount of new evidence presented at the 1999 civil trial.

In 2000, the U.S. Department of Justice issued a report that explained they had investigated themselves and found they had done nothing wrong — concluding that there was no evidence to warrant any further investigation.

Dr. King’s son issued the following statement rebuking the DOJ’s decision to do a “self-study”, rather than undertaking an independent investigation:

“We learned only hours before the Justice Department press conference that they were releasing the report of their results of their ‘limited investigation,’ which covered only two areas of new evidence concerning the assassination of Dr. King. We had requested that we be given a copy of the report a few days in advance so that we might have had the opportunity to review it in detail. Since that courtesy was not extended to us, we are only able at this time to state the following:

1. We initially requested that a comprehensive investigation be conducted by a Truth and Reconciliation Commission, independent of the government, because we do not believe that, in such a politically-sensitive matter, the government is capable of investigating itself.

2. The type of independent investigation we sought was denied by the federal government. But in our view, it was carried out, in a Memphis courtroom, during a month-long trial by a jury of 12 American citizens who had no interest other than ascertaining the truth. (Kings v. Jowers)

3. After hearing and reviewing the extensive testimony and evidence, which had never before been tested under oath in a court of law, it took the Memphis jury only one (1) hour to find that a conspiracy to kill Dr. King did exist. Most significantly, this conspiracy involved agents of the governments of the City of Memphis, the state of Tennessee and the United States of America. The overwhelming weight of the evidence also indicated that James Earl Ray was not the triggerman and, in fact, was an unknowing patsy.

4. We stand by that verdict and have no doubt that the truth about this terrible event has finally been revealed.

5. We urge all interested Americans to read the transcript of the trial on the King Center website and consider the evidence, so they can form their own unbiased conclusions.

Although we cooperated fully with this limited investigation, we never really expected that the government report would be any more objective than that which has resulted from any previous official investigation.”

Dr. King’s wife, Coretta Scott King, was resolute after careful consideration of the evidence for 30 years — from the 1968 assassination to the 1999 trial.

“For a quarter of a century, Bill Pepper conducted an independent investigation of the assassination of Martin Luther King, Jr. He opened his files to our family, encouraged us to speak with the witnesses, and represented our family in the civil trial against the conspirators. The jury affirmed his findings, providing our family with a long-sought sense of closure and peace, which had been denied by official disinformation and cover-ups. Now the findings of his exhaustive investigation and additional revelations from the trial are presented in the pages of this important book. We recommend it highly to everyone who seeks the truth about Dr. King’s assassination,” said Coretta Scott King.

The King family firmly believes that the government was behind Dr. King’s assassination, with a specific motive of trying to prevent an imminent and massive march on Washington, D.C. to fight against U.S. involvement in Vietnam — and the Military Industrial Complex (MIC) as a whole.

Make no mistake that the MIC is a ruthless and cold machine that is willing to destroy anything, and anyone, in its continual drive towards war and profits. The same forces that today push America towards conflict with Russia, are essentially the same underlying forces that resulted in the assassination of Dr. King.