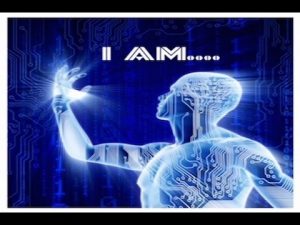 According to the rules of quantum mechanics, the boundary between the ‘world out there’ and our own subjective consciousness are blurred. When physicists look at atoms or particles of light, what they see depends on how they have set up their experiment.

To test this, physicists at the Australian National University recently conducted what is known as the John Wheeler’s delayed-choice thought experiment. The experiment involves a moving object that is given the choice to act like a particle or a wave.

Wheeler’s experiment then asks – at which point does the object decide? Common sense says the object is either wave-like or particle-like, independent of how we measure it.

But quantum physics predicts that whether you observe wave like behaviour or particle behaviour depends only on how it is actually measured at the end of its journey.

This is exactly what the Australian team found. ‘It proves that measurement is everything. At the quantum level, reality does not exist if you are not looking at it,’ said Associate Professor Andrew Truscott.